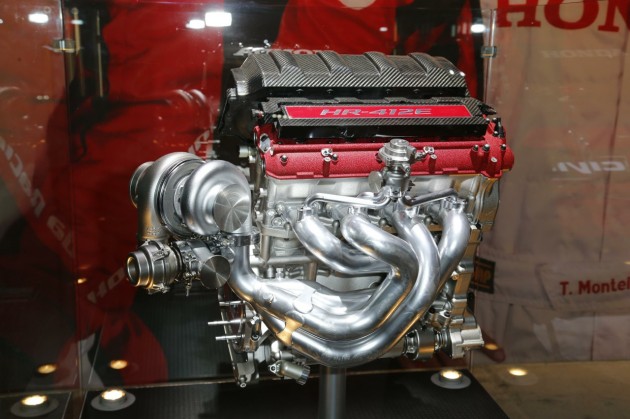 The new model has been confirmed for a 2015 release, and since the company boss made the announcement earlier in the week, many have been speculating what sort of engine it will get.

This ‘HR-412E’ 1.6-litre turbocharged four-cylinder using direct injection gives a good indication that Honda is at least looking into turbocharged engines. It’s an especially strong argument taking into account that Honda is going to the trouble of displaying this example in front of the world stage at the Paris show.

Honda has been synonymous with naturally aspirated high-revving engine performance for decades, but due to ever-tightening emissions laws, the Japanese company may have no choice but to turn to forced induction.

Turbocharged engines, or supercharged engines for that matter, are inherently more efficient and thus emit less pollution than ‘NA’ types. With breathing assistance a combustion engine doesn’t have to work as hard.

Not only that, a turbo or supercharged engine doesn’t need to be so highly strung, as in, engines can produce a desired output more easily compared with their naturally aspirated counterparts.

Power output figures for the new HR-412E haven’t been released. For the new Civic Type R at least, around 160-170kW is likely.

The new model will be quicker and offer a higher level of overall performance than the last version; Honda is even going as far as saying the new Type R will set the Nurburgring front-wheel drive lap record when it arrives.

It’s about time Honda pulled its finger out and rekindled its racing spirit, at least for the sake of the diehard Type R fans. We look forward to keeping you posted as more info unravels.