With almost every major carmaker offering a hot hatch on the market these days, Holden is one of the only companies that doesn’t have one in the showroom. This is despite its direct rival over at Ford offering the cracking Focus ST hatch. 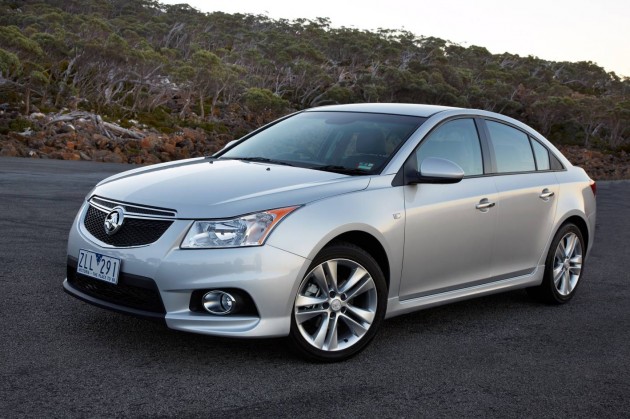 Speaking with Holden engineers during the national launch event of the 2014 Cruze in Tasmania earlier this week, PerformanceDrive asked about the possibility of a Holden Cruze ‘GTI’ hot hatch joining the range down the track. Although there was a definite interest from all of the engineers, it’s not a viable avenue the company is likely to go down at this stage.

For Holden to develop a hot hatch version, the company would need to ‘sell off’ the engineering and the calibration to other GM markets around the world as this would be the only way to come out of such a project financially stable.

Holden powertrain engineer for the Cruze, Tze Loong Chan, told us that some of the local calibration and testing that has gone into the new model has already created some interest from international arms, however, no deals have been officially made.

He agreed there is certainly the technology and the expertise to build a more fiery hatch, with the HyperStrut front suspension and the OPC tuned engines from GM-owned friends at Opel, but at the moment he said there is no business case.

Daniel Taylor, Holden product planner, said if you look at cars like the Volkswagen Golf GTI, these are sold all around the world. In order for Holden to build a rival it would need to sell overseas as well otherwise there simply wouldn’t be enough sales. He said it’s pretty well established within the Holden barracks that everyone would love to build such a model though.

Despite the unlikeliness of a hot hatch down the track, Michael Barber, Holden vehicle development engineer, said the new 2014 SRi-V has been developed as a driver’s car. He said it wasn’t necessarily created through customer feedback, like the rest of the variant lineup, instead, it was more of a technical exercise and something created by enthusiasts.

Michael Barber has spent a lot of time at GM in the US and helped work on the Chevrolet Corvette, the Camaro, and the Cadillac ATS. He’s also spent time at the Nurburgring assisting with vehicle development.

For the 2014 Cruze SRi-V, Barber said the car doesn’t need the complex HyperStrut front suspension because it is too heavy. Instead, engineers worked on honing the chassis and the front and rear suspension using Australian roads for calibration.

“The objective in tuning the package for the SRi and SRi-V was to make the car as capable and enjoyable to drive as possible. We’ve tuned the struts and shocks, added a stiffer rear twist beam and slightly lower suspension to account for the larger diametre sports tyres.

“As a result of the new tune and setup, we’ve increased transient stability so both the front and rear roll stiffness is optimised to deliver great balance while cornering.”

The new model has also been tweaked to suit the balances of right-hand drive, whereas the previous model was developed originally as a left-hand drive vehicle. The first sign of this attention to detail is the tyres, which have been swapped for right-hand drive items.

So although it looks like there is no higher performance variant on the horizon, the 2014 SRi-V seems to have what it takes to be a serious contender in the ‘warm hatch’ market segment.