An original 1969 Ford Falcon GT-HO Phase I will go under the hammer at the Shannons Melbourne Spring Auction on September 12. The rare GT-HO is in original condition and comes with the original 351-cubic-inch V8 engine and four-speed manual transmission. 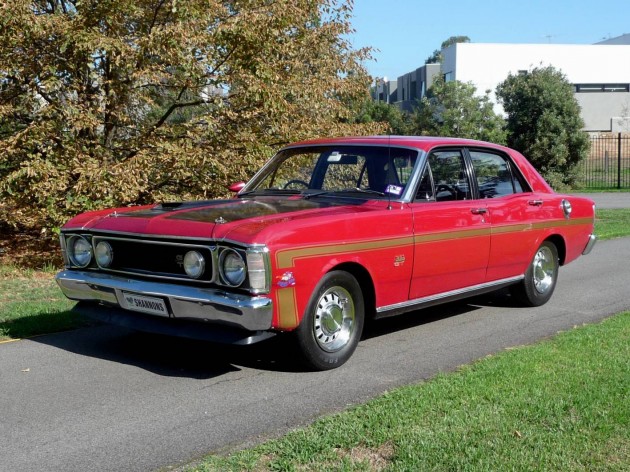 According to Shannons, the 1969 Falcon GT-HO has been owned by the same owner since 1983. It comes with the original paint in traditional red with black and gold stripes, and features the original Ford Falcon GT-HO Phase I Super Roo logos on the front guards.

In its day, the 1969 Ford Falcon GT-HO featured a 351ci V8 engine pumping out around 224kW of power. That amount of power was almost unheard of in its day, let alone for a relatively conservative family sedan.

Conservative it wasn’t though, with some tests indicating performance figures that are significant enough to scare even modern-day sports cars. From 0-100km/h in around 5-6 seconds to quarter-mile times in the mid-14 seconds range, the 1969 Ford Falcon GT-HO was an extremely quick bit of gear.

Ford has confirmed that its first-ever all-electric Transit commercial van, the E-Transit, will be arriving here in Australia in 2024....

Shannons is back at it with another auction, this time headlined by an immaculate and highly-exotic 2000 Lamborghini Diablo GTR...

The all-new 2023 Ford Everest heavy-duty seven-seat SUV will launch in Australia in the second half of this year, but...

JDM enthusiasts rejoice, as there’s a new collector’s item that's popped up for sale online in Australia; a 2005 Mitsubishi...

If you’re in the market for a big, ready-to-rumble 4x4 ute, the Ford Ranger Raptor certainly offers plenty of appeal....