Bugatti has revealed images and details of the Bugatti Veyron Grand Sport Vitesse – the drop-top version of the Super Sport. Power has been rated at the same 1200hp (883kW) as the Super Sport. 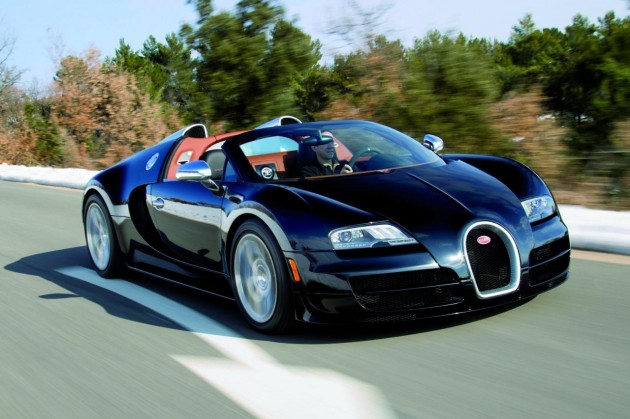 It was previously thought Bugatti would build a roadster version of the Super Sport, but it wasn’t expected to produce the same amount of gut-wrenching power. Bugatti has decided to go with the full 1200hp though, making it the most powerful production open-top vehicle in the world.

Based on the 1001hp Grand Sport roadster, the Vitesse features a strengthened chassis to cope with the additional 200hp. Torque is also increased from the Grand Sport’s 1250Nm, to a whopping 1500Nm with thanks to revisions made to the 8.0-litre W16 quad-turbo engine. 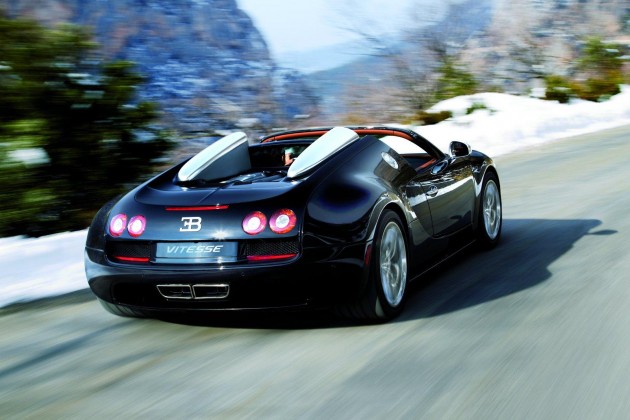 Of course, what we all want to know is, what is the top speed? Well, Bugatti is yet to reveal such figures. It is expected to be faster than the normal Grand Sport, which holds the record as the faster open-top production car with a speed of 408km/h with the roof up (same as base model coupe), and limited to 369km/h with the roof down.

“The rapid success of the Super Sport convinced us to increase the performance of the Bugatti roadster. Once again our engineers worked hard to demonstrate that Bugatti is able to constantly redefine the boundaries of what is technically feasible.

“We gave our all to transfer the achievements of the Super Sport over to the Grand Sport, thereby turning open-top driving itself into an extraordinary experience at high speed.”