BRABUS revealed a teaser image earlier this week of a special model it plans to unveil at the upcoming 2011 IAA Frankfurt Motor Show next month. A rendered speculation has just been independently etched up by Dan Buzdugan showing what the new BRABUS could look like. 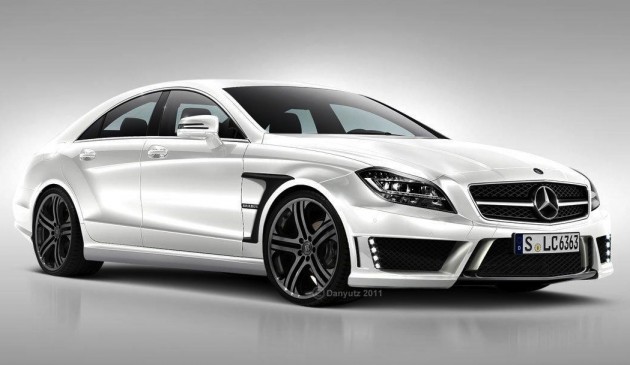 If BRABUS is planning on unveiling a successor to the BRABUS Rocket based on the new Mercedes-Benz CLS AMG, then this could indeed be a fairly accurate representation of what it may look like.

It shares the same aggressive front bumper bar design previewed in the teaser image, and includes a vertical line of LEDs within the spotlight pocket.

Since the BRABUS teaser image was released, various Mercedes-Benz enthusiasts have pointed out that the new BRABUS will be based on the new Mercedes-Benz CLS, as evident by the style and position of the door-mounted side mirrors.

BRABUS is renowned for producing powerhouse specials, and as with the previous BRABUS Rocket which offered 537kW, this new model is expected to be a brutal beast as well.

We’ll keep you posted with full official details the second they are released. Stay tuned. The render looks pretty epic though wouldn’t you say?

Mercedes-Benz says it has been able to buck most of the industry-wide carnage for the first quarter of 2022, reporting...

Mercedes-Benz has unveiled its all-new 2023 AMG C 43 performance model, based on the new C-Class, while confirming it will...

Mercedes-Benz has lifted the lid on the sixth member of its all-electric EQ family, with the unveiling of the EQS...

The final 2022 World Car of the Year awards have been revealed, with the all-electric Hyundai IONIQ 5 absolutely dominating...

There are a heap of all-new fully electric vehicles on the horizon, from pretty much every car brand. It's going...