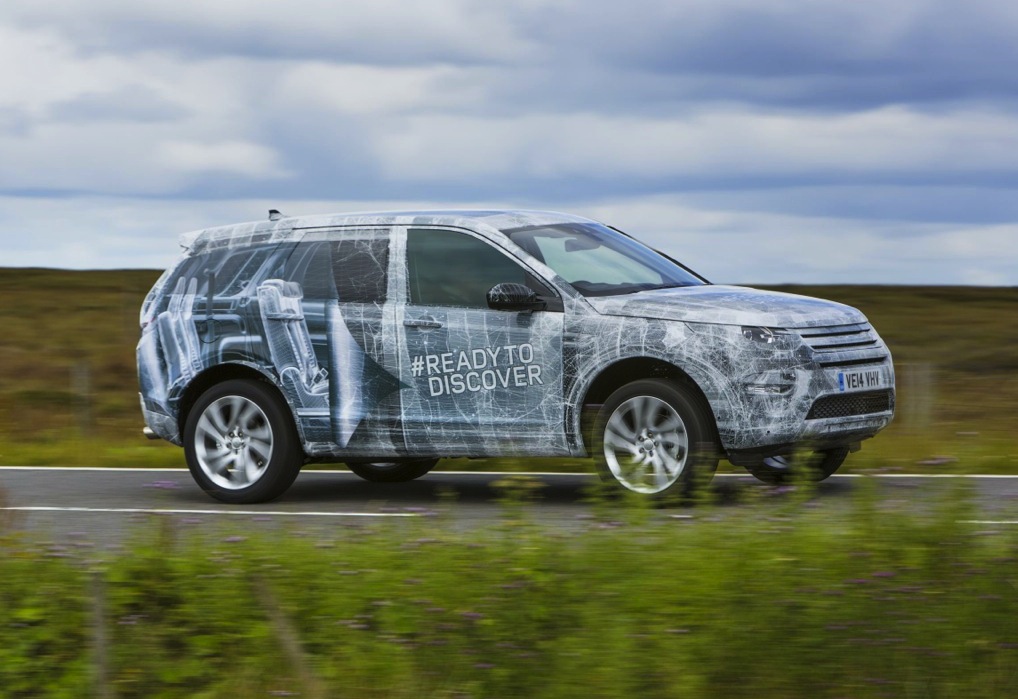 Land Rover has released images of a prototype of the new Land Rover Discovery Sport ahead of its official debut. The wrap on the prototype confirms it will be offered with seven seats. 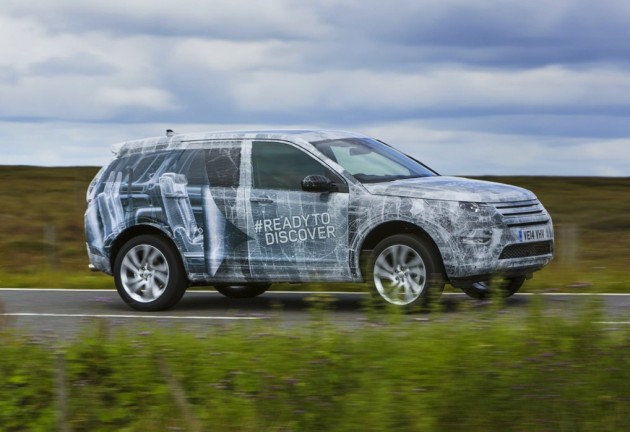 This is the clearest view of the new SUV yet. The Sport will be Land Rover’s entry into the premium small SUV segment, showcasing all of the off-road capability you’d expect from Land Rover, while also offering seven-seat practicality.

Land Rover says this prototype was snapped leaving the development facility in Halewood, UK, where the new model will be produced next year. Gerry McGovern, design director and chief creative officer for Land Rover, said,

“As you would expect from a Discovery, the versatile Discovery Sport will feature  5+2 seating in the UK, offering spacious load space and configurable seating, while still retaining a more compact footprint than traditional five-seat SUVs.”

The Sport will be inspired by the Land Rover Discovery Vision concept unveiled earlier this year. And as you can see, there is an almost identical resemblance in terms of design between the prototype above and the concept below. 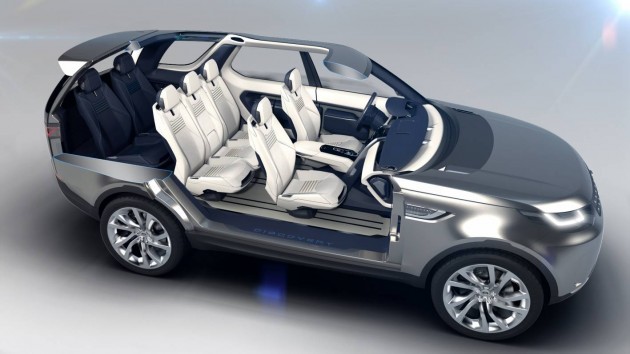 In the concept were a number of very advanced technologies, such as a transparent bonnet system made up of cameras and the head-up display system, as well as a SkyLight cabin which is able to change lighting brightness with hand gestures made by those inside.

The Discovery Sport production vehicle is expected to debut some of Land Rover’s latest and most creative technologies. It will go on sale next year.