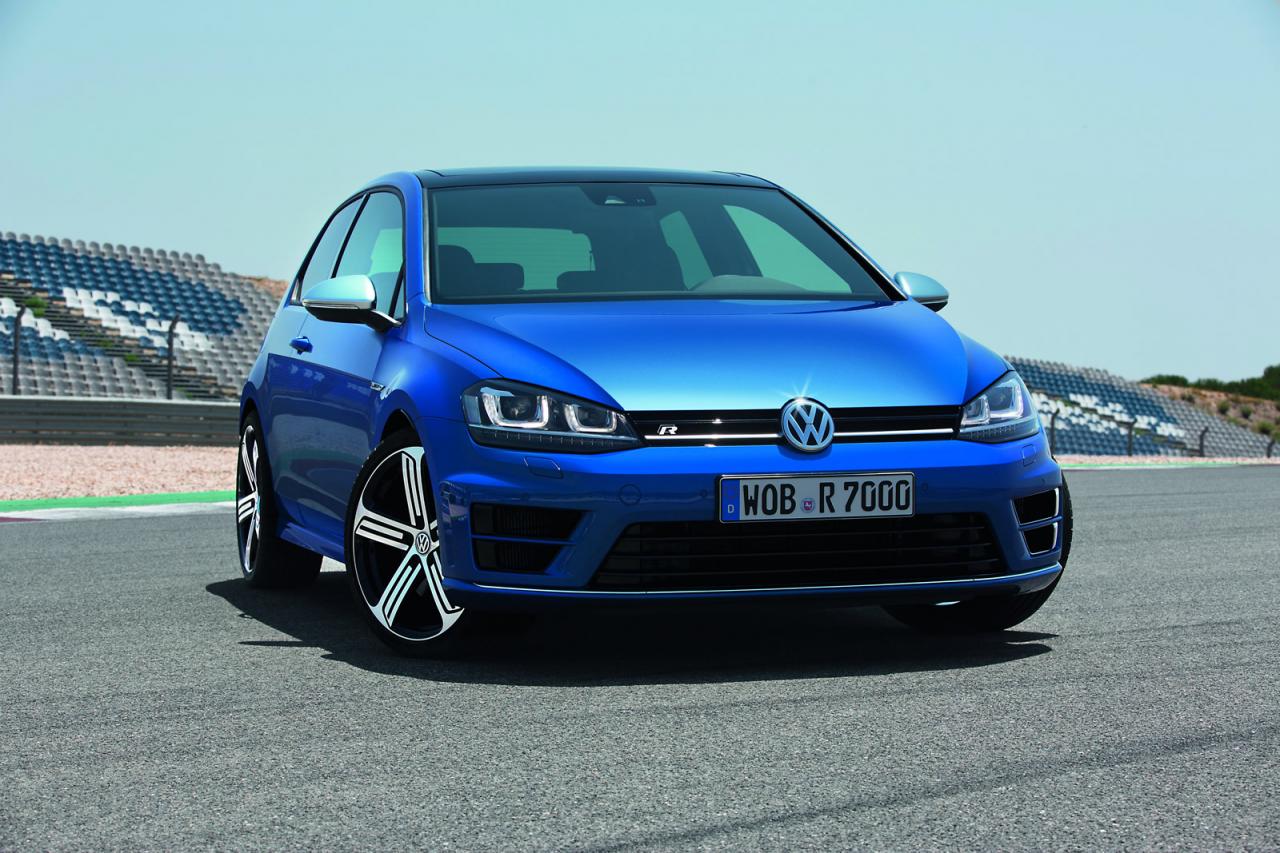 The 2014 Volkswagen Golf R Mk7 has been revealed in the lead up to its 2013 Frankfurt Motor Show debut. As you might have expected, the Mk7 R is more powerful, quicker, and more efficient and economical than the model it replaces. 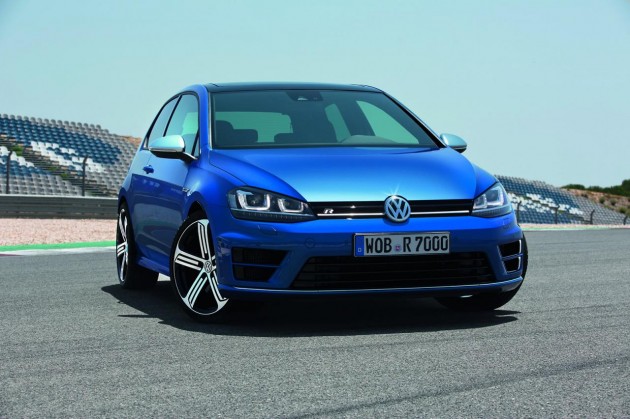 How manufacturers keep extracting more power from engines yet also reducing fuel consumption is beyond us. Nonetheless, Volkswagen has done it again. This time with the latest, fire breathing new flagship Golf R.

Powering the new model is a revised version of the 2.0-litre ‘EA888’ TSI turbo four-cylinder engine. It features a modified cylinder head, exhaust valves, valves and seats, revised pistons, and a tweaked turbocharger. All in all, the engine now offers 221kW of power and 380Nm of torque.

It, like in the outgoing version, is linked up to either a six-speed manual or DSG dual-clutch auto. Power is now directed into a fifth-generation Haldex 4MOTION all-wheel drive system that runs on an electro-hydraulic pump which is capable of distributing almost 100 per cent of engine torque to the rear wheels.

Performance for the hot hatch is astounding. Acceleration from 0-100km/h takes just 4.9 seconds in the DSG version, and 5.3 seconds for the manual (down from 5.7 seconds of the Mk6 Golf R). Despite the cracking performance, the new model is 18 per cent more efficient than the outgoing version, offering an average fuel consumption rating of 7.1L/100km. 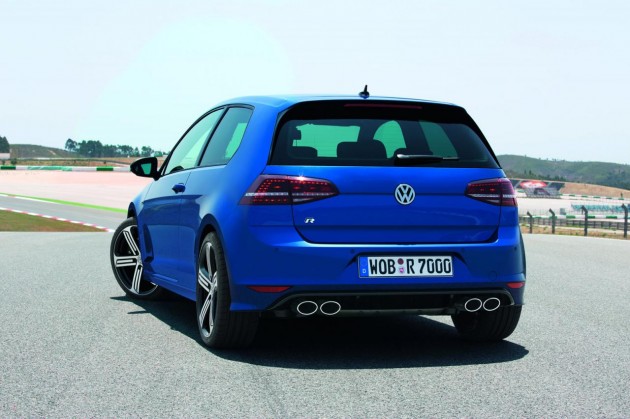 In other areas, the new Golf R comes with sports suspension, lowering the Golf by 20mm compared with the regular Mk7 Golf, and 5mm lower than the GTI, with a quick steering rack offering just 2.1 turns lock-to-lock as opposed to 2.75.

Ensuring optimum braking performance is a set of ventilated disc brakes all around, measuring 340mm on the front and 310mm on the back. These are clamped by special ‘R’ calipers.

Inside, it’s the usual Golf R fashion, with sporty bucket seats and various R-themed characteristics and blue highlights, all embodied by the smart and clean interior design philosophy of VW.

Volkswagen will launch the new model in European markets later this year. As for Australia, it’s expected to arrive during the first half of 2014.