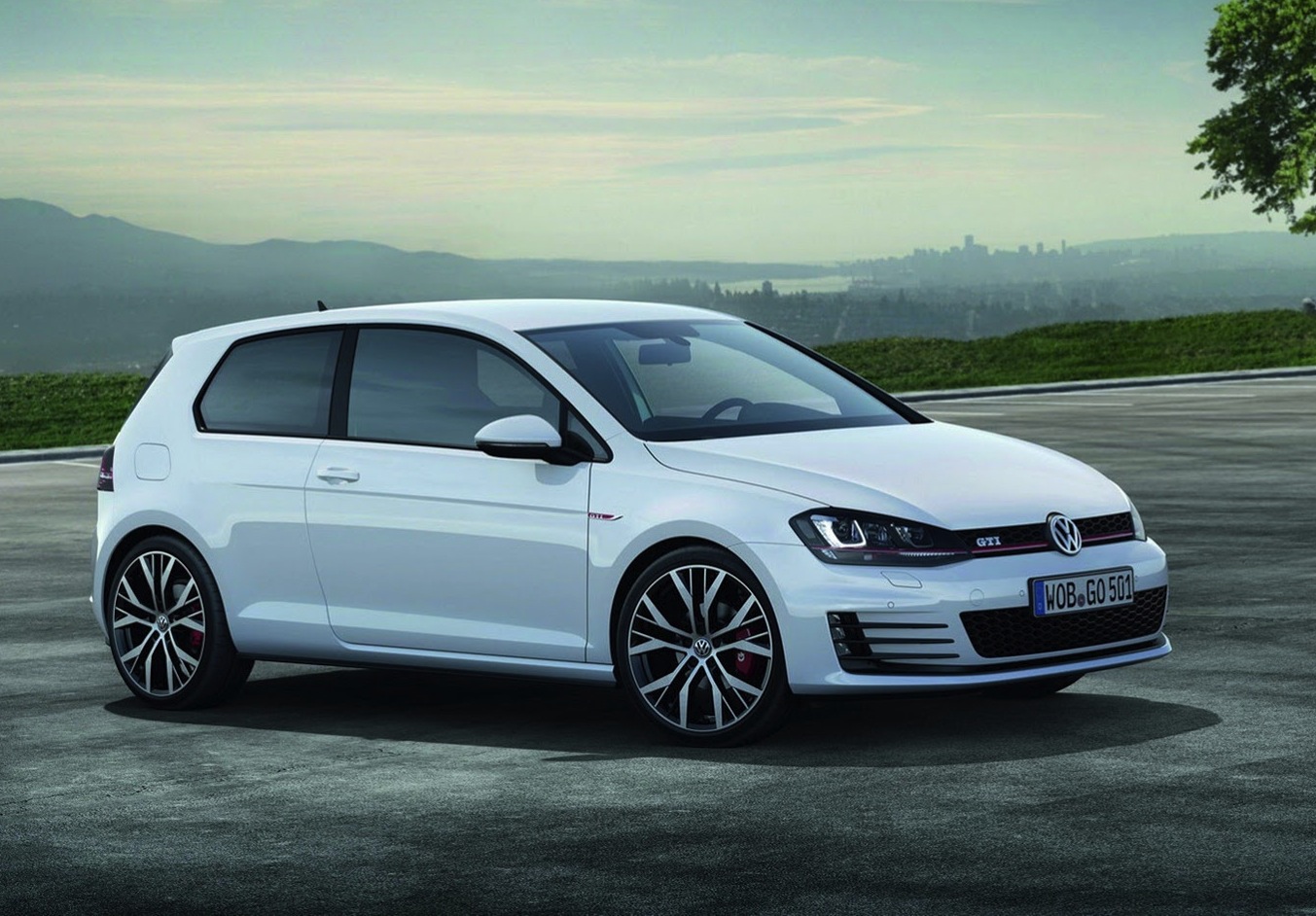 Volkswagen has decided to pull the wraps off the highly anticipated 2014 Volkswagen Golf GTI Mk7 ahead of its public debut at the 2013 Geneva Motor Show next week. The new icon will come in two trim levels, including a ‘GTI Performance’ with added power. 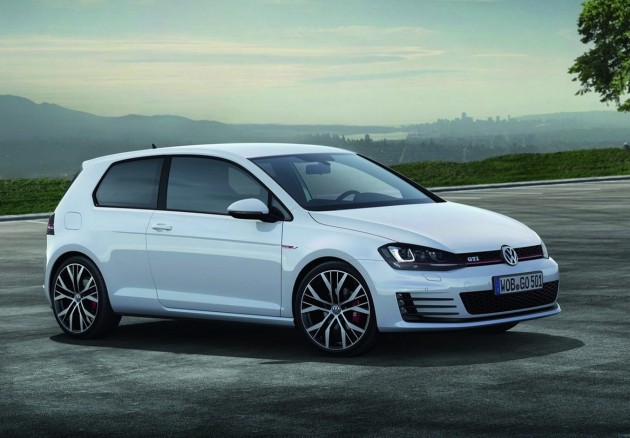 The first thing we all want to know is how much power is packed beneath the bonnet, right? Volkswagen has confirmed the Mk7 GTI comes with a 2.0-litre turbocharged four-cylinder producing 162kW of power between 4500-6200rpm, and 350Nm of torque between 1500-4400rpm (up 7kW and 70Nm on the outgoing Mk6 version).

In terms of performance out on the road, the standard GTI is able to cover 0-100km/h in 6.5 seconds, while the GTI Performance model covers it in 6.4 seconds (down from the Mk6’s 6.9 seconds).

Remarkably, both versions offer an average fuel consumption of 6.0L/100km (down considerably on the current model’s 7.6L/100km rating). 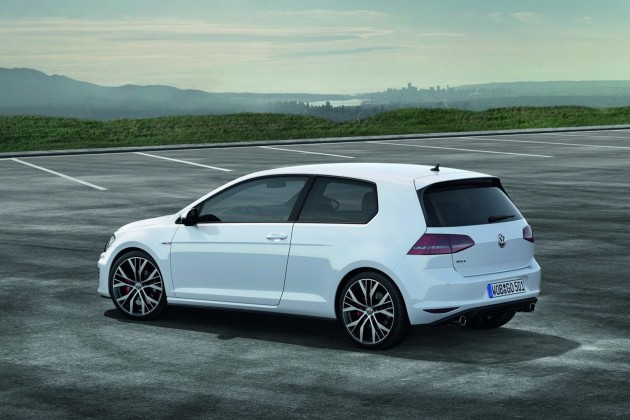 As previously reported,the Mk7 Golf GTI is built on Volkswagen Group’s new MQB platform which will be used in a wide variety of upcoming Volkswagen, Audi, and Skoda models. It has resulted in a weight saving of around 30kg over the current Mk6 version. The 2014 model stands at 1351kg (specific variant unknown at this stage).

One element that excites us performance enthusiasts is the front differential lock. Working in a similar way to a limited-slip differential, it allows for zero slip between left and right wheels. The setup is standard on the GTI Performance variant. This should help the little Golf be an absolute ripper around the corners.

Like the current model, the Mk7 GTI will come in either six-speed manual or six-speed dual-clutch automatic form. Specific acceleration and fuel economy figures between the two are yet to be announced. 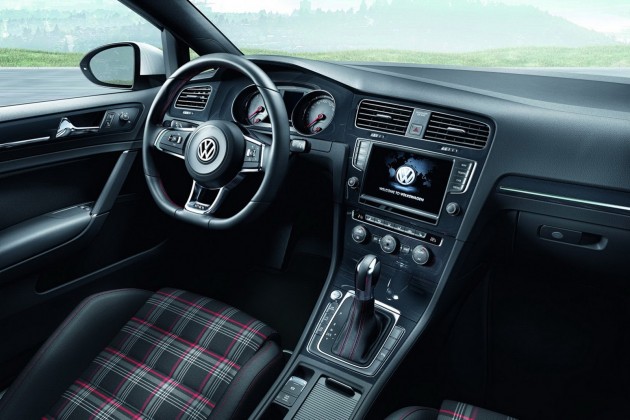 In terms of styling, the new Golf GTI will carry many of the legendary elements as previous models, such as the tartan seats, and the cute yet muscular exterior hatch proportions.

Distinguishing exterior highlights include an aggressive front apron with a black mesh grille, some minor red highlights, a string of LEDs in the front corners, and a neat diffuser and twin-outlet exhaust at the back. There’s also a set of 17-inch ‘Brooklyn’ alloy wheels.

Adding further performance for the GTI Performance model, behind the wheels is a set of up-sized 340mm front and 310mm rear disc brakes. These grow from the normal GTI’s 312mm and 300mm items.

The Volkswagen Golf Mk7 will go on sale in Australia in April, with the hot GTI version arriving during the fourth quarter of this year. Prices are yet to be announced.