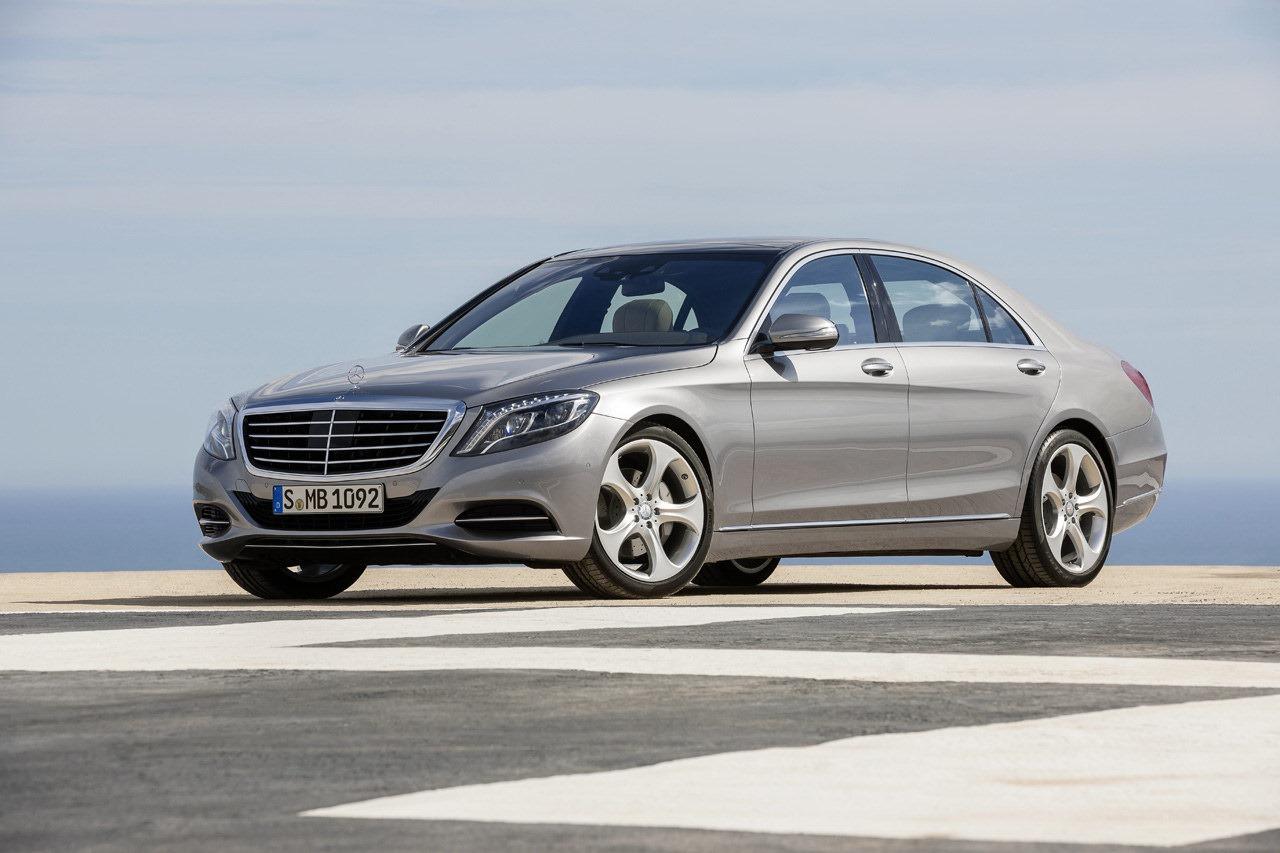 The new 2014 Mercedes-Benz S-Class has been officially unveiled. The new model showcases a number of brand-new technologies and world-firsts for the automotive industry. 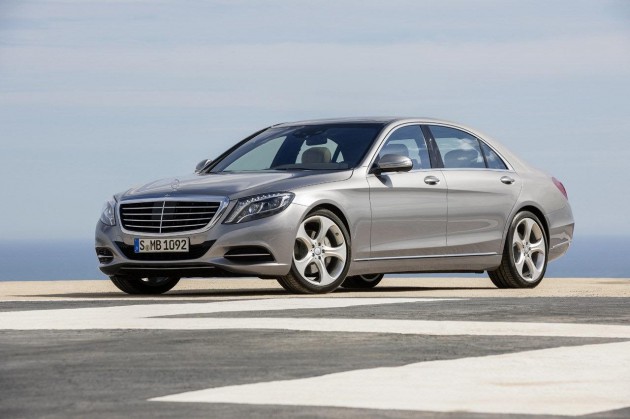 At the back, the sleek swept-over trend is carried over from other new models in the company’s lineup, using rounded taillights and a curvy bootline and set of rear guards. Twin exhausts poke out from either side. 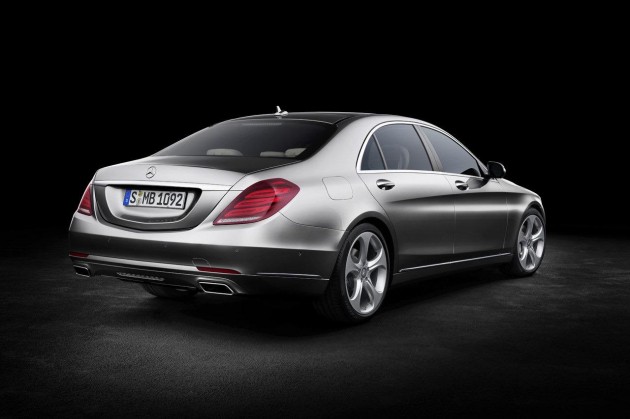 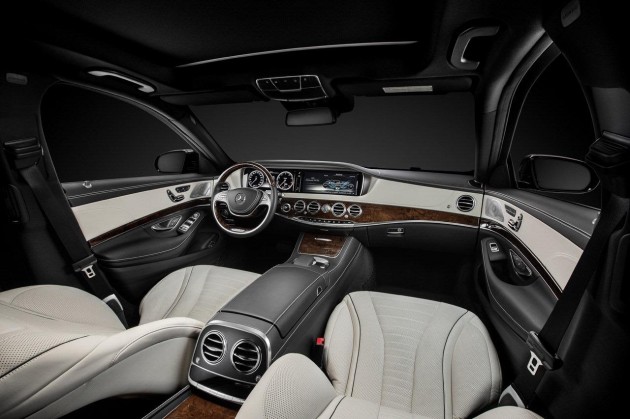 “Intelligent assistance systems analyse complex situations and better recognise potential dangers out on the road with the aid of improved environment sensor systems. Figuratively speaking, the new S-Class doesn’t just have eyes at the front, it has 360-degree all-round vision.” 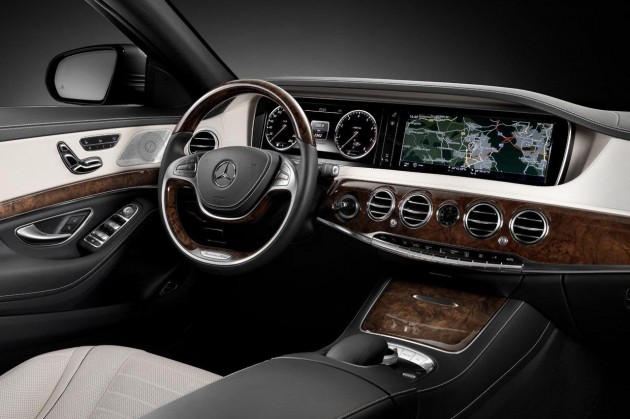 Some of the systems include Distronic PLUS cruise control with Steering Assist and Stop-Go Pilot. With these, the car can basically drive itself, even in dense traffic conditions. Brake Assist and Cross-Traffic Assist ensure danger from traffic in either direction crossing in front is minimal.

There’s also Night Vision Plus which is capable of alerting the driver about pedestrians and animals near the path in front, while a new spotlight system is able to highlight potential dangers.

Other highlights include complete LED lighting – with zero bulbs throughout the entire vehicle – massage and ventilated seats with ‘reverse fans’, an Executive Seat in the rear which can recline, optional thermo cup-holders capable of cooling or warming drinks, optional Active Perfuming climate control with Air Balance with perfume atomisation, ionisation.

As for the car itself, it uses a third generation aluminium body with a torsional stiffness in relation to the size of the car improved by 50 per cent. The body offering, according to Mercedes, outstanding rigidity and handling as well as very low noise levels and vibrations.

The new model will go on sale in international markets towards the end of this year. An Australian introduction will likely take place early in 2014.