Mercedes-Benz has finally unveiled the new 2013-2014 Mercedes-Benz E 63 AMG, including a new ‘S-Model’ higher performance variant. Like the current version, the new model will be available in sedan and estate wagon forms. 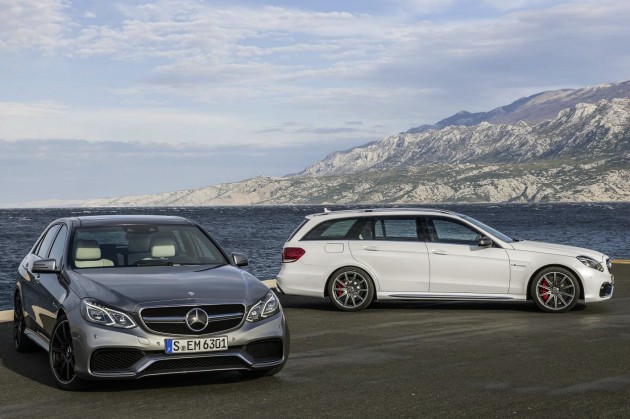 As previously speculated, the 2014 E 63 AMG gets a boosted version of the current 5.5-litre twin-turbo V8 producing 410kW of power and 720Nm of torque (like the current Performance Pack option). This enables the sedan to cover 0-100km/h in 4.2 seconds.

The figure we’ve all been anticipating though is the acceleration time for the new 4MATIC all-wheel drive version. It’s able to hit 0-100km/h in just 3.7 seconds, with the wagon cracking it in 3.8 seconds – the quickest wagon on the market? 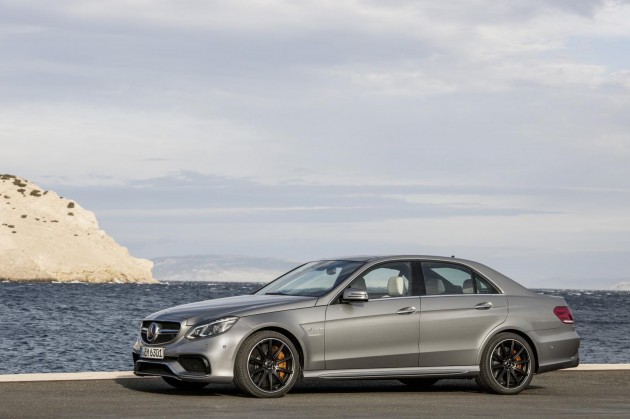 Instead of the current Performance Pack, which brings an additional 24kW, AMG is introducing the ‘S Model’, which boosts power by 20kW. The new option is only available with the 4MATIC drivetrain, and brings power to 430kW and torque to 800Nm.

The S-Model is able to sprint from 0-100km/h in just 3.6 seconds, making it quite easily the quickest accelerating production sedan in the world. Increasing the appeal even more is the wagon S-Model, which is able to do the dash in an equally incredible 3.7 seconds – talk about the ideal family wagon. 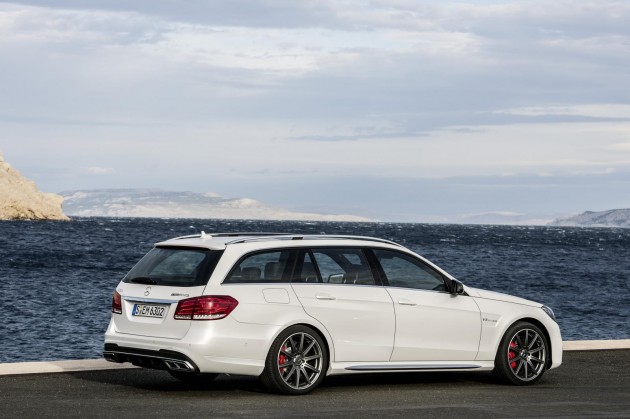 Apart from sheer acceleration, the new E 63 is actually more fuel efficient than the current version. On the combined cycle, fuel economy has been rated at 9.8L/100km for the base model, and 10.3L/100km for the 4MATIC versions (including the S-Model).

In other areas, there’s completely new styling of course, based on the new E-Class, with an aggressive front end with a large central chin spoiler. At the back there’s a chunky and angry-looking diffuser, complete with fins, as well as quad-outlet exhausts and a lip spoiler on the boot. 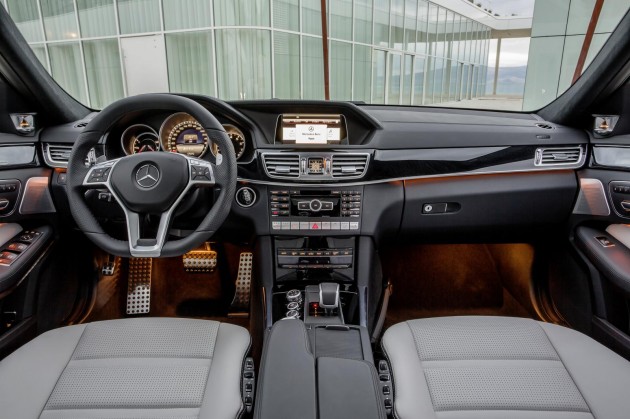 Stepping inside you’ll see an updated decor with plenty of stainless steel-style finishes, a new multimedia interface, a cleaner dash fascia, and various changeable driver’s settings for the throttle and suspension.

Market entry for the hot new model will take place in April for the rear-wheel drive version, while the 4MATIC versions will go on sale in June.

Australian market details, dates and specs are expected to be announced soon. Mercedes-Benz Australia is also yet to announce if the 4MATIC versions will head our way.