After just over two weeks that Holden revealed the new VF Commodore, the company has released images of the new Ute and Sportwagon versions. All three, including the sedan, will go on sale mid-2013. 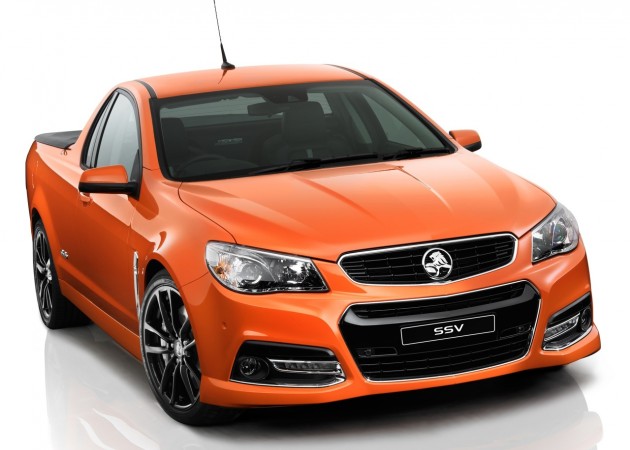 Showcasing the exact same design philosophy as the sedan, from the front and an interior point of view the new VF Ute and Sportwagon look considerably more premium than the VE models they will replace.

Development on the VF is still ongoing, however, the features and equipment, and the interior design has all been pretty finalised. Holden says these areas have been designed by taking in lots of customer feedback. This means the VF is set to be more user-friendly, filled with more technology and functions that consumers want in a car.

For the Ute and Sportwagon, it’s no different. Brett Vivian, Holden chief engineer, recently spoke about the VF’s development, saying,

“Our aim with VF was to challenge people’s perceptions about our cars and get them excited about large cars again.

“The insights we’ve gained from customer feedback have played a critical role in shaping the VF program, resulting in a fantastic-looking car that is the most refined Commodore we’ve ever engineered.

“It’s also packed full of features and technology that take the driving experience to new levels.”

Official engines and specifications are yet to be revealed. It’s understood the SS will retain the current 6.0-litre V8 though, and not the previously speculated 6.2-litre V8. More details are likely to be released in the coming weeks.