More images/diagrams of the 2014 Chevrolet Corvette have surfaced online. The images come after last week a diagram of the front end was revealed in a service manual. This time we get a glimpse of the rear end and aspects of the interior. 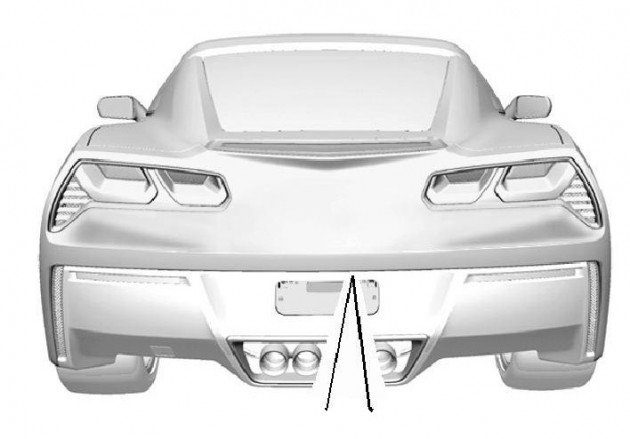 We can’t confirm the legitimacy of these images at this stage, or if they have been leaked from official Chevrolet databases. They first surfaced online through a user of forums.corvetteforum.com.

They do look quite genuine though and are possibly taken from a manual of some kind, especially as they are diagrams rather than images, with key highlights pointed out.

Taking a look at the rear end depiction, the Corvette will – if the image is genuine – showcase a similar design approach as the latest Chevrolet Camaro. The biggest change to the rear, that might potentially upset the enthusiasts, is the change from circular taillights to a more modern square-ish layout. 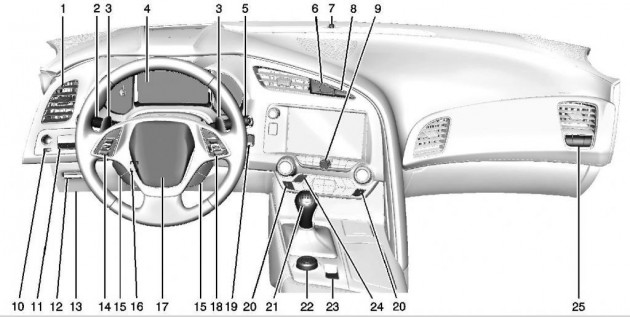 It looks like the interior will also be vastly revised over the current C6 model, with smoother lines, a larger central multimedia screen, and a wrapping dash layout which is oriented towards the driver. The instrument cluster appears to be a complete LCD unit as well, with changeable displays and menus. 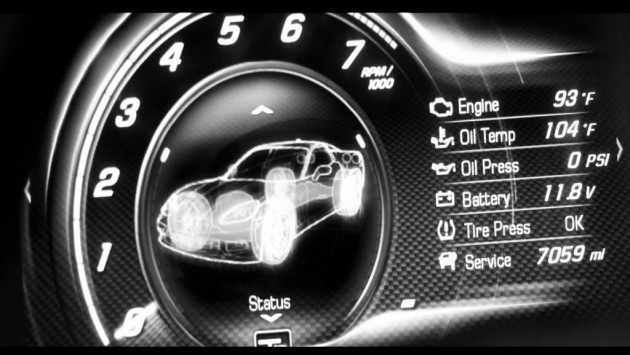 As for the engine compartment, there sits a new 6.2-litre LT1 Gen 5 naturally aspirated V8 engine. Official specs on the engine are yet to be revealed, however, power output is expected to kick off at around 336kW for the C6, and possibly penetrating through the 480kW barrier with the performance ZR1 variant.

All will be revealed at the 2013 North American International Auto Show in Detroit, starting January 14. Stay tuned for more updates.