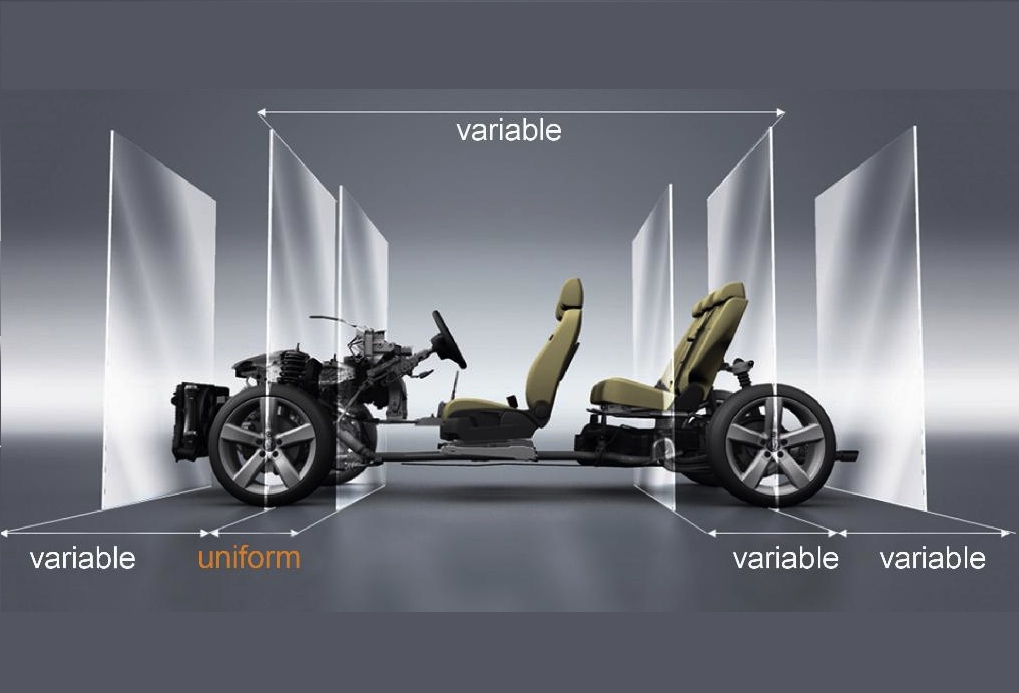 Volkswagen has revealed the all-new ‘MQB’ platform that will underpin the next-generation 2013 Volkswagen Golf Mk7. The chassis will feature a number of advanced new technologies, including a multi-collision brake system. 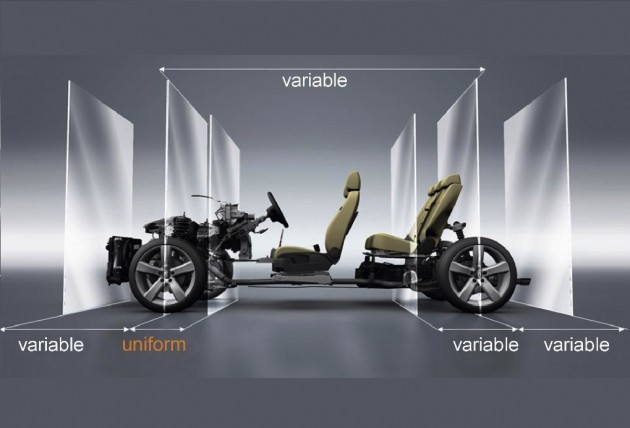 The new MQB (Modularer Querbaukasten – Modular Transverse Matrix) platform is set to underpin a range of upcoming vehicles from Volkswagen Group, including the new Audi A3, to various Skoda and SEAT models.

The first model to debut will be the new Audi A3, which is set to be unveiled at the 2012 Geneva Motor Show in March, followed by the Volkswagen Golf Mk7 later this year. 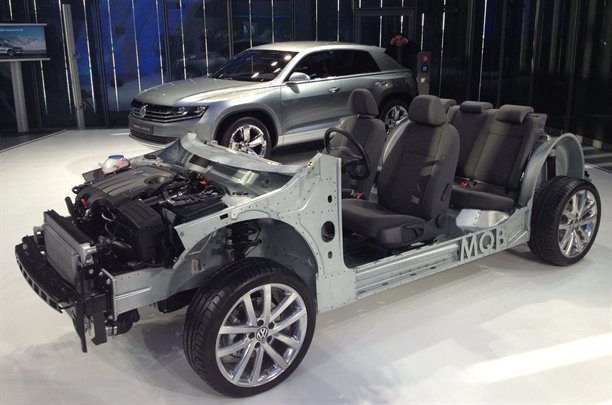 One of the many technical highlights of the new chassis will be a multi-collision brake system. The system works by automatically engaging the brakes, with or without driver input, as soon as an initial impact has occurred. Volkswagen says it can reduce the severity of secondary collisions.

As anyone who has experienced an accident before may known, sometimes the vehicle can bounce and continue rolling and/or crash again if you aren’t able to apply the brakes. The new system will be a great step forward in crash safety, with the system already being awarded ‘Yellow Angel’ award for innovation. It will become standard fitment on all Golf Mk7 and Audi A3 models.

Another advancement with the MQB platform is in the engine mounting. Engineers have made it so all engines – including petrol and diesel – can be mounted at the same position and at the same angle. This will allow Volkswagen to maintain dynamic consistency, and also reduce production costs. This could help in keeping costs down at the showroom too.

Speaking of engines, full specifications and trim levels of the new Volkswagen Golk Mk7 are still to be revealed, however, it will come with a range of turbo petrol and diesel engines. This includes a 1.0-litre three-cylinder petrol engine producing around 50kW, as well as diesel variants producing between 90kW and as much as 190kW (possibly for Golf GTD).

A hybrid Volkswagen Golf Blue-e-Motion will join the lineup, while Volkswagen will launch the world’s first four-cylinder engine with cylinder deactivation technology in the new Golf as well. The technology automatically cuts cylinders during certain low-load driving conditions to conserve fuel.

As for the hot Volkswagen Golf Mk7 GTI. The new version is set to be more powerful than the current model, offering around 166kW, and lighter in weight thanks to advances made with the MQB platform. According to reports, overall weight could sit at around the 1200kg mark.

The Volkswagen Golf Mk7 is set to be introduced in Australia during the start of 2013, after an initial unveiling some time later this year.