The Australian V8 Supercars Car of the Future has been unveiled at the Sydney Telstra 500 V8 Supercar round in Homebush Sydney. The two prototypes (Ford and Holden) showcase independent rear suspension, bigger wheels and brakes, a new lighter weight chassis and a V8 engine. 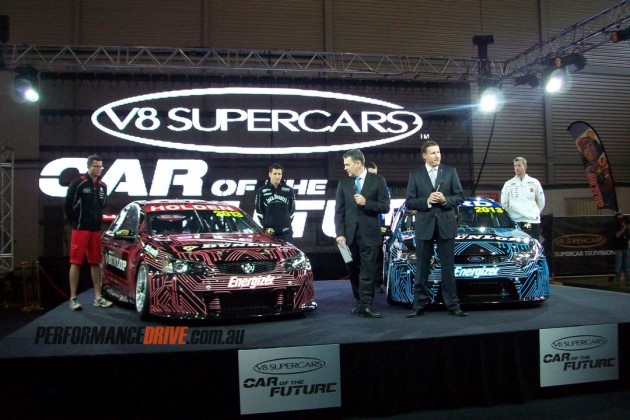 At the announcement, Skaife said that with the current platform being used for over tens years, the new platform will focus more on being relevant to the market and the production cars they are based on. He says one of the features that will link to production cars is an independent rear suspension (IRS) layout. 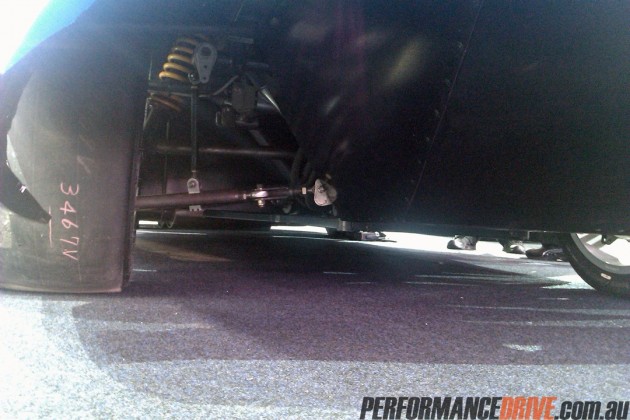 For the entire history of V8 Supercar racing, all cars have featured a live axle rear suspension layout. The IRS system will improve handling, and power-down acceleration. The V8 Supercar Car of the Future also features larger diameter wheels to accommodate a larger braking package. This will improve the car’s speed out on the track, and cut lap times.

Also helping to improve the 2013 V8 Supercar’s performance is extensive weight reduction. According to Skaife, the new cars have lost 100kg in weight compared with the current crop of V8 Supercars. 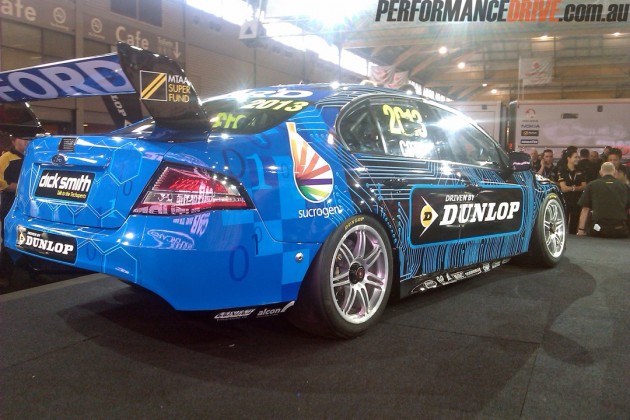 Other major changes include a new chassis architecture that has been set up more similar to the production vehicles. The current V8 Supercars feature a fuel cell behind the rear axle. With the new cars, it’s now in front just like on many road cars, providing increased safety and a lower centre of gravity.

As for the engine, it’s still a V8, thankfully, however, the engine has been placed further back in the engine bay towards the cabin to also improve the centre of gravity and handling.

As for the looks, well, the new cars seem like a normal facelift up date in person, but they do offer smoother contours and revised aero adapted to the 2012 Ford Falcon and 2012 Holden Commodore shape.

It will be compulsory to use the platform from the 2013 season onwards. Some teams will adapt the layout as soon as next year.

Click play on the video below for a bit of an exclusive sneak peek of the prototypes running.