The all-new 2013 SRT Viper has been unveiled at the 2012 New York International Auto Show in the US. It features sharp new styling, and a very powerful V10 engine. 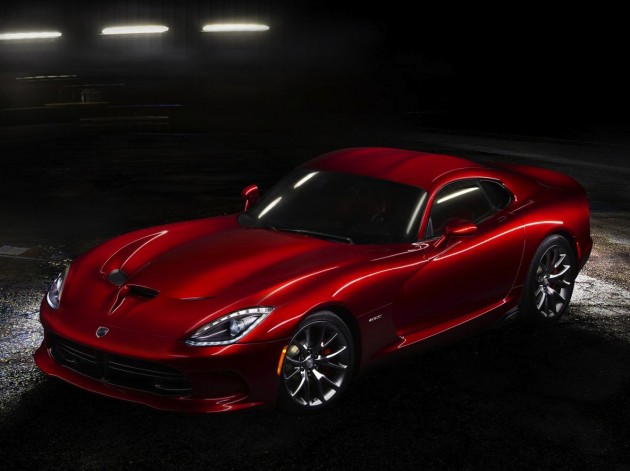 There’s been a few teasers and leaks in the recent past surrounding the 2013 SRT Viper, but up until now the engine specs have been kept a tight secret. It features an 8.4-litre V10 (not the previously speculated 8.7), producing 477kW (640hp) of power and a colossal 814Nm of torque.

The engine is made up of forged pistons, a composite intake, and an aluminium block to keep weight to a minimum, while underneath features ‘sodium-filled’ exhaust valves and new catalytic convertors.

All that power is sent through a conventional, and presumably very heavy duty, six-speed manual transmission and limited-slip differential at the back. Acceleration performance and a top speed is yet to be announced. 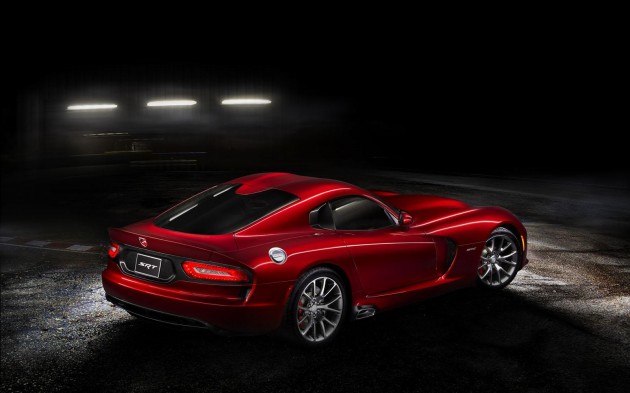 Like the previous model, Dodge and SRT have focused on keeping overall weight to a minimum. So, the 2013 SRT Viper is built up from a steel space frame, which is up to 50 per cent stiffer than the old chassis, covered in a carbon fibre bonnet and roof, aluminium doors, and plastic rear guards, all resulting in a weight of 1521kg – around 45kg lighter than the old model.

Inside, the new Viper has really stepped up a notch in terms of quality and overall design. There’s plenty of metallic highlights, Sabelt bucket seats, a Harman Kardon sound system with an 8.4-inch Uconnect interface, leather, and a digital instrument cluster.

On the outside, the 2013 SRT Viper gets the trademark side-exit exhausts and double bubble roof profile, as well as LED lights in the front end, and offset 18- and 19-inch alloy wheels.

In a move that will probably leave muscle car fans weeping in sadness, it seems the next-generation Dodge Charger and...

Parent company of Dodge, Jeep and RAM, Stellantis, is set to unveil no less than seven new custom vehicles at...

Organisers of Summernats 34, the iconic event for everything loud and automotive, have welcomed recent announcements from the ACT government...

No doubt one of Australia’s (and world’s?) most remote car events, the Red CentreNATS, has been locked in for another...

Stellantis has confirmed plans for more than 30 billion euros of investment in electrification, eyeing off an aggressive target for...

Organisers of one of the most significant automotive events in the world, the Goodwood Festival of Speed, have confirmed the...