Jeep has unveiled the 2013-2014 Jeep Grand Cherokee at the North American International Auto Show in Detroit. The update gets a fresh facelift in styling, a new eight-speed auto across the board, and interior design and trim revisions, while the high performance SRT8 version gets launch control for the very first time. 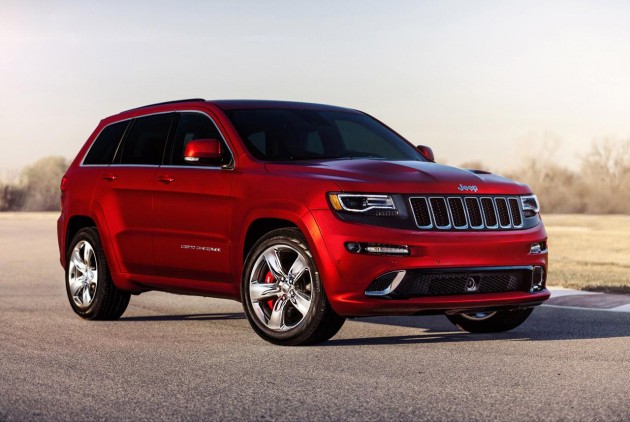 The front end, as you can probably notice, is also updated with new triangular fog light clusters, a new seven-slat grille, and a completely different lower grille layout. 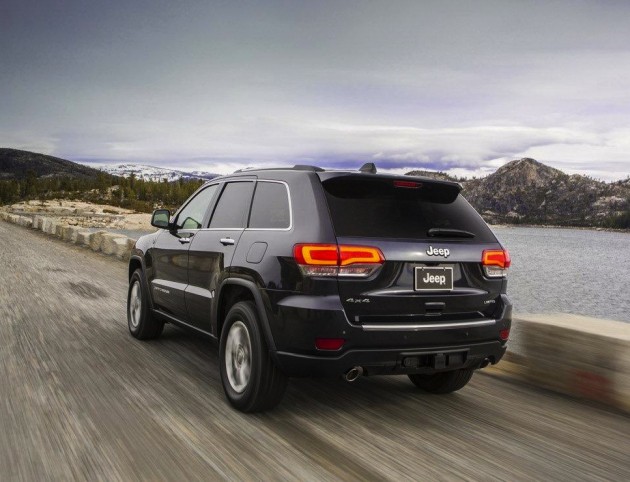 The biggest hardware change for the new model though is the eight-speed auto. Up until now, the Grand Cherokee has only been offered with a five-speed auto.

The new ZF transmission comes in two forms; the ‘845RE’ for the entry-level petrol V6, and the ‘8HP70 TorqueFlite’ for the turbo-diesel V6, and V8 models, including the high performance SRT8.

Speaking of the performance SRT8 version, the new model comes with a launch control system for the first time to help get the big bad bruiser off the line. The system works with the Selec-Track drivetrain which also comes with a Track Mode setting for increased grip and performance.

Although 0-100km/h acceleration times haven’t been mentioned, the new SRT8 is expected to be quicker than the current model, especially with the eight-speed transmission. The current model covers the sprint in 5.0 seconds. 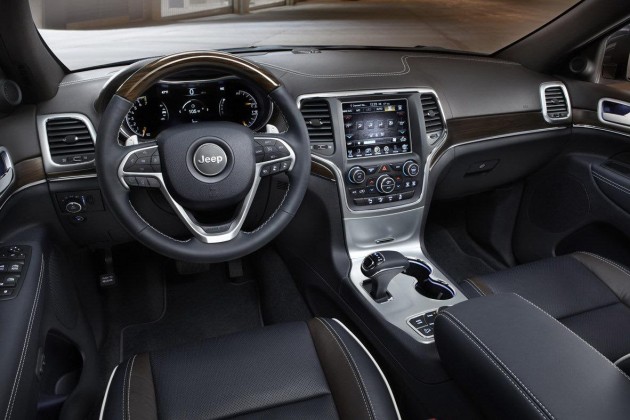 The interior is updated too, with a more user-friendly dash layout. A larger LCD interface screen resides in the middle of the dash and includes the company’s Uconnect system. It’s now standard on all variants. Other revisions include new materials and colours for the trimmings, while the driver can also enjoy a new, sportier steering wheel.

The 2013 model (called the 2014 model in some international markets) is expected to hit Australian showrooms during the halfway point of this year. It is set to go on sale in overseas markets, including the USA, within the next few months.