The new 2013 Audi A3 has been revealed in full in leaked images. The new model is the first vehicle to be based on Volkswagen Group’s MQB platform, which will also underpin the next-generation Volkswagen Golf. 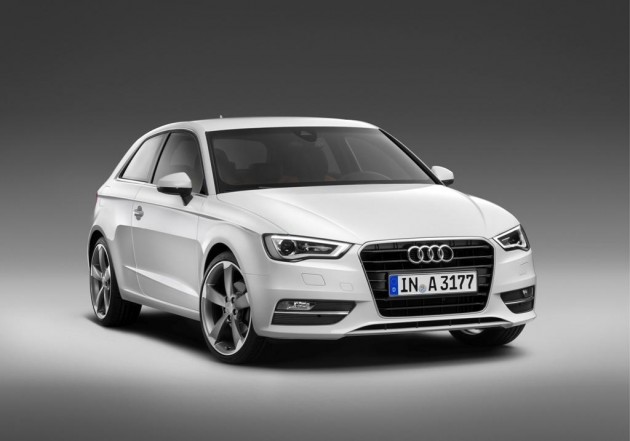 As we can see, the 2013 Audi A3 takes on Audi’s latest design language, with more slimline headlights, a new central slat at the very bottom of the front bumper bar, and an overall horizontal theme. 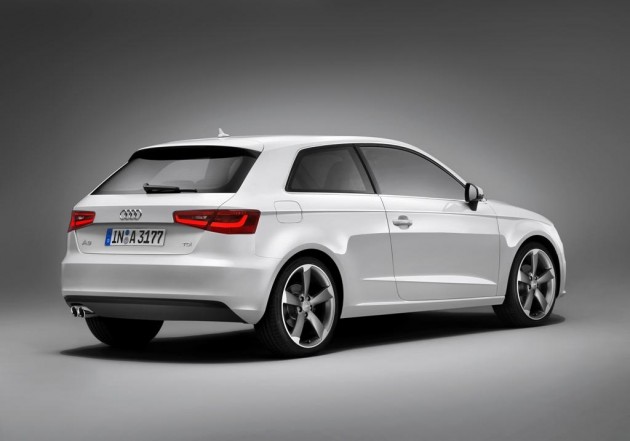 Power options for the new model aren’t yet official, however, a range of petrol and diesel units are on the way. These likely include a new super-frugal 1.2-litre producing 77kW, up to a range-topping 2.0-litre potentially producing 155kW. Diesel figures are expected to roughly mirror the petrol lineup, only to top out at 132kW.

The interior of the new A3 has also been revealed again in these latest images, first picked up by Russian publication zr.ru. The interior showcases a more sporty layout compared with the grown-up and conservative character we’ve become used to with Audi.

There’s a three-spoke sports steering wheel, aviation-inspired circular air vents, and twist control functions. The A3, at least in certain variant levels, will come with Audi’s MMI multi-media screen in the dash fascia.

Official details will be revealed at the 2012 Geneva Motor Show, starting March 6.