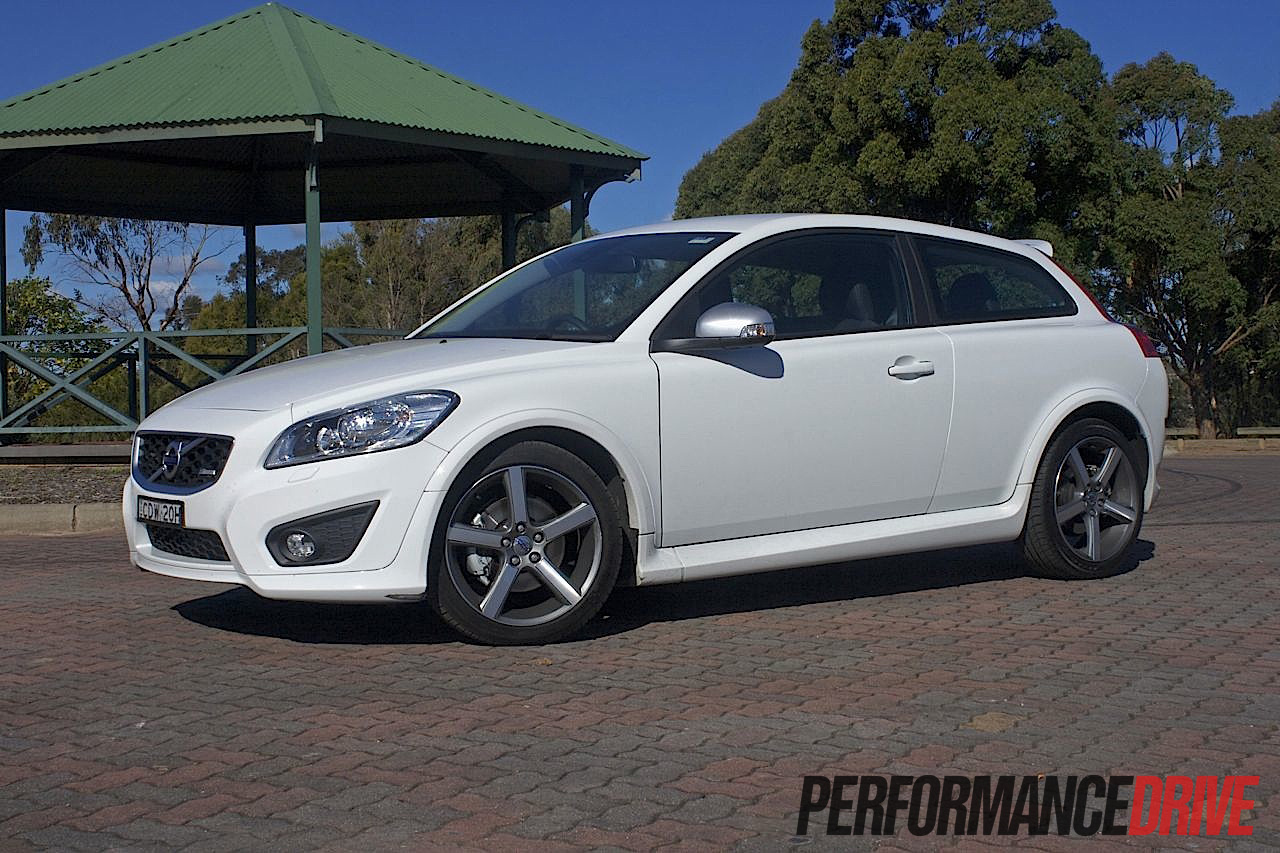 Volvo has stepped into the super hot hatch segment with the 2012 Volvo C30 T5 Polestar. The C30 has been around since 2006, but will this performance special reinvigorate the model? 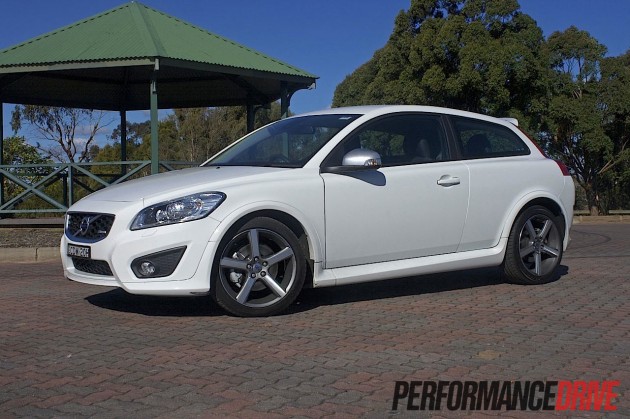 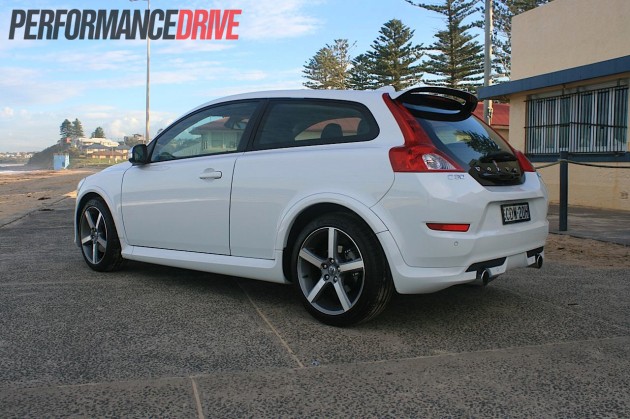 Like the XC60 T6 Polestar, the C30 Polestar is a factory chipped up model based on the flagship variant, in this case the C30 T5 R-Design. It’s Volvo’s answer to a rather empty market segment at the moment (before the Ford Focus ST arrives anyway), taking on only the Volkswagen Scirocco R in the ludicrously powerful front-wheel drive hot hatch field.

Last month, Volvo only managed to push 25 C30s out of the showroom floor in Australia, falling behind the BMW 1 Series (204) and the Audi A1 (154) in the Small above $40,000 segment. This may be due to the two leaders offering a number of different trim levels. In the C30 range, you have a frugal turbo-diesel DRIVe model and then the T5 five-cylinder turbo to chose from. There’s no real middle ground here.

The T5 is certainly nothing to complain about though, with all three of the T5 versions on the market featuring the widely used 2.5-litre turbo five Ford engine. It’s the same engine as used in the current Ford Kuga and the old Ford Focus RS, albeit in an altered tune. In the Volvo it produces 169kW and 320Nm. 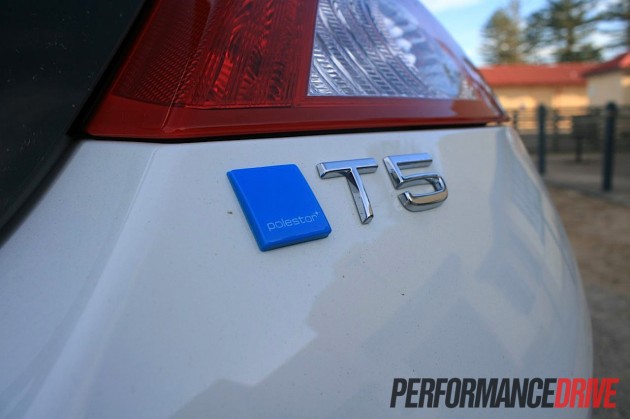 What Polestar has done though is take those quality and rather spicy ingredients of the T5 and squeezed a few lemons over the top of them for some extra zing. As a result, the Polestar C30 produces 184kW of power and 370Nm of neck-wrenching torque.

Despite wearing the Swedish badge which is usually renowned for safety and keeping things clean-cut and conservative, the C30 Polestar is an absolute hoot to drive, and it’s rather easy on the eye, too.

Inside, the decor is modern Volvo down to a tee. It’s all very simplistic and user-friendly, with no excess in gadgets and buttons to distract the driver and passengers. That’s not to say there’s no features, everything is simply kept on the floating centre fascia. The main in-car functions are placed on this, with main menu buttons spread around a flowing central unit.

The standard in-car entertainment equipment consist of a high performance sound system with eight speakers and USB/iPod and Bluetooth connectivity. Satellite navigation is optional ($4175), as is a Premium sound system ($1425) with 10 speakers and Dolby Pro Logic II.

Our test vehicle is fitted with the standard system. It’s very good, providing clear and loud sounds with great levels of bass and overall oomph to support your mood. 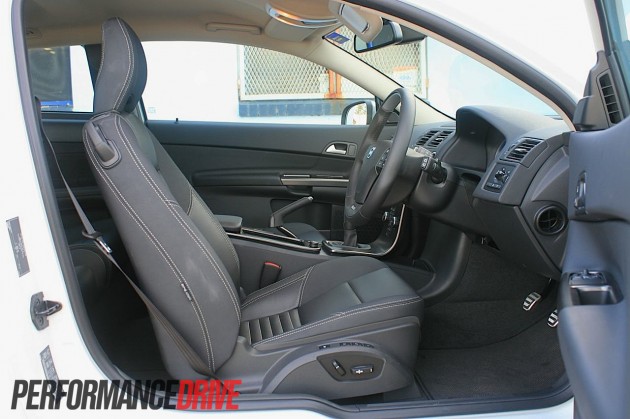 The rest of the interior is decorated in R-Design highlights, including a (quite large) sports steering wheel, four Vulcaflex vinyl and Agnes leather sports seats, rubber ribbed aluminium pedals, and R-Design floor mats. You do feel like it is a proper little sports car with all this.

Passenger comfort thanks to those sporty semi-leather seats is good, however, rear legroom is very limited. In the front, the chairs, featuring ‘R-Design’ embossed into the back rests, are comfortable, although, some extra side bolstering wouldn’t go astray, especially when you experience the g-forces this chassis is capable of.

Speaking of the chassis, the R-Design gets something Volvo calls a ‘Dynamic’ chassis. It comprises of strut-type coilover front and multi-link independent rear sports suspension.  A ‘Sports’ chassis is an $800 option featuring even sportier suspension.

Even though the body is six year old now, the original design, inspired by the Volvo 1800 ES, still looks in tune with modern Volvos. It’s rather aggressive at the front, while the rear features that sharply ‘chopped’ tailgate design.

The R-Design kit includes a full bodykit with colour-coded bumper bar extensions, an aggressive and low front spoiler, and a nicely finished small rear wing. Silver and aluminium highlights are used throughout the interior and exterior, such as with the side mirrors, for that extra sporty look. 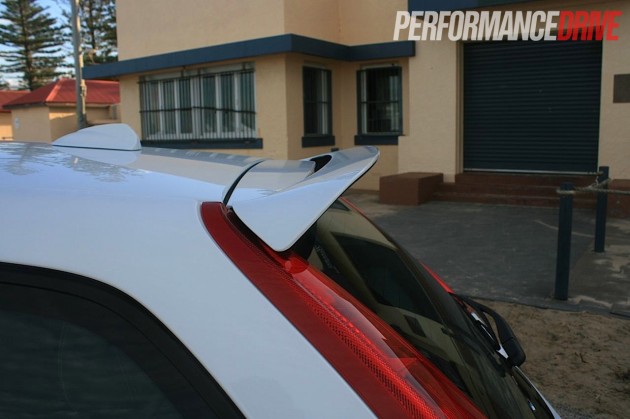 All C30 models get bolstered wheels arches. These are usually left in grey plastic. With the R-Design kit they’re colour-coded to match the body, giving it that tough Eighties pumped out rally car look.

In terms of safety, the C30 has been rated five stars by ANCAP. It features switchable Dynamic stability and traction control, WHIP whiplash protection, an Inflatable Curtain and a multitude of airbags, and automatic height adjustable seat belts in the front.

With a power-to-weight ratio just off the Volkswagen Scirocco R’s power to weight (7.54kg:1kW versus 7.29:1) the Volvo C30 Polestar is one of the most serious hatches on the market today. It also produces the most torque out of all hot hatches, including the Scirocco R (330Nm).

On the road, the turbo five-cylinder engine is very torquey – 370Nm – offering superb acceleration in any gear. The gear ratios are quite long and spread apart too, which means you can surge your way through traffic on the highway at literally just a touch of the throttle.

In first gear you can hit 65km/h at the 6800rpm redline, while second gear takes you all the way out to 115km/h. As you can imagine, trundling around town in second gear is fine, and you get that immediate response available with one push of the throttle. 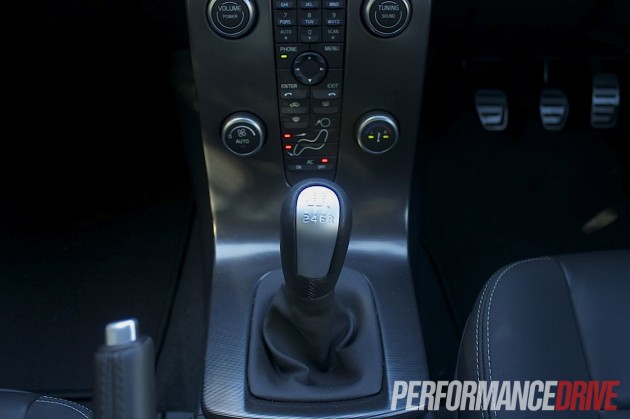 We timed 0-100km/h in 6.5 seconds, which is just short of the factory figure of 6.3 seconds. This was mainly due to the fact we couldn’t get traction.

With the traction control – or Spin Control, as Volvo calls it – left on, the C30 Polestar isn’t able to utilise the engine’s excellent power, and you are left with a boggy start.

Switch the system off by using the left steering column stalk and you’ll have to feather the throttle to find the best balance – this is easily capable of frying the front tyres in all of first gear and some of second if you’re a bit of a lark behind the wheel.

We found the best method for optimum take off was to hardly build the revs at all and then gradually feed in the power as you release the clutch. (The five-speed auto version has an official time of 6.7 seconds.) 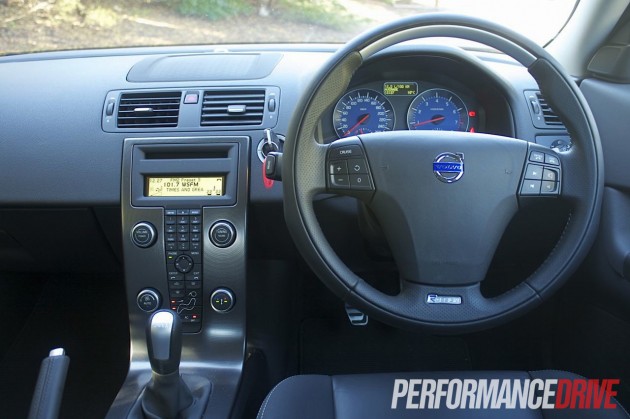 The standard ‘Dynamic’ chassis is comfort-focused with ride quality in mind. It’s a good setup. It’s not bone-jarring around town and over speed bumps, while it’s also supportive enough for intermediate levels of sporty driving.

Through our usual twisty test route however, the Dynamic suspension did bottom out a couple of times over some of the road’s undulations. We test almost all cars through this section of road, and only some get through with absolute finesse.

Other than that, the C30 Polestar holds onto the road very well. For a six-year-old car, we were surprised at how well it could rail around corners, providing proper g-force levels of grip. The standard Michelin Pilot tyres no doubt contribute.

In terms of handling, the only letdown for us is the Dynamic suspension. If you’re a bit young at heart, or young full stop, we’d suggest going for the Sport option. It’s only $800 extra. It might be a little firmer around town, but it would be much more suitable for performance driving. 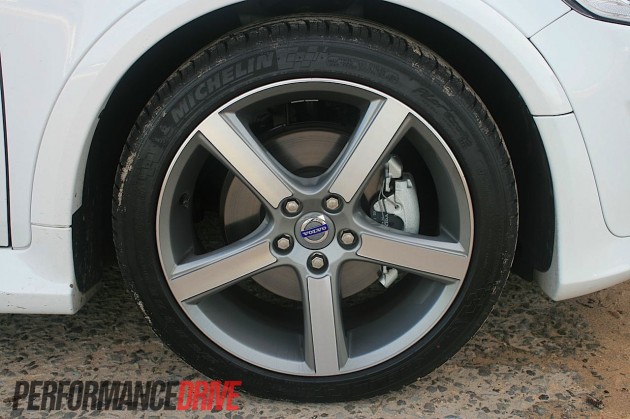 These were the Achilles tendon for us. Whether it was subject to our test car or not is unknown, but the brakes aren’t upgraded for the T5 Polestar. For a Polestar model you’d expect some serious stoppers, especially with such a high-performance engine under the bonnet.

Almost immediately into our fairly serious test route drive, a route where we drive almost all vehicles, the brakes cooked. So much so that the stability and traction control system went into limp mode (pictured below).

We feel Volvo/Polestar should have stepped up to the mark here, especially with so much pedigree in racing behind the two, and a background in leading-edge safety. We must make it clear though that the brakes are fine in normal driving conditions. It’s only when the car is being pushed that we experienced issues. 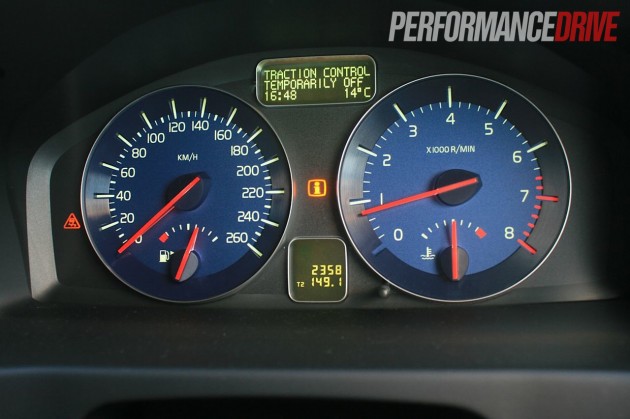 The Volvo C30 T5 Polestar is an extremely fun little steer with this issue aside. There’s almost zero torque-steer, despite 184kW going through the front wheels, while the steering and overall driving experience is yer-hah good.

This pungent little pocket rocket is up against one serious piece of competition, the Volkswagen Scirocco R. It’ll also rival the upcoming Ford Focus ST – set to be brilliant. Even so, the Polestar C30 is one of the quickest and certainly one of the best-sounding hot hatches on the market today.

The best part of it all, we think, is the price. For a genuine European super hot hatch, the starting price of $43,490 makes it somewhat of a bargain.

The best way to sum it up is to call it a mad little car. It’s got the unassuming personality yet it’s capable of tearing your hair out if you stir its emotions. And on that ‘sleeper’ merit, it’s well worth looking into if you’re in the market for a cool hot hatch. 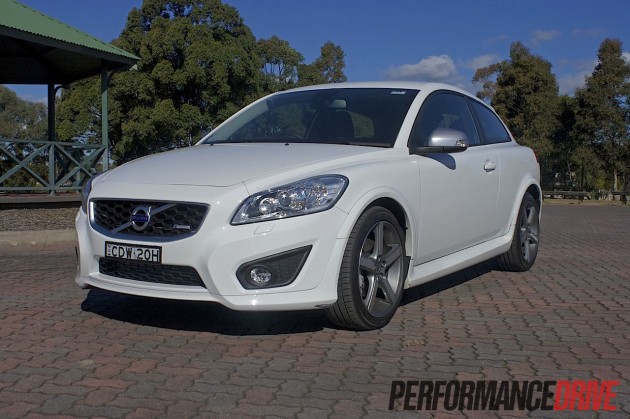 Volkswagen Scirocco R – 2.0-litre turbo petrol four cylinder, 188kW/330Nm – 1351kg (manual) – $47,490 (manual)
It’s a serious contender in the hot hatch world, and perhaps the benchmark in terms of overall dynamics and front-wheel drive performance. The ride is firm though, and the DSG can be clunky.