Prototypes of the upcoming 2012 Mercedes-Benz G65 AMG super-tough off-roader have been spotted undisguised in Dubai. The G65 AMG will be the most powerful version of the military-style SUV ever made. 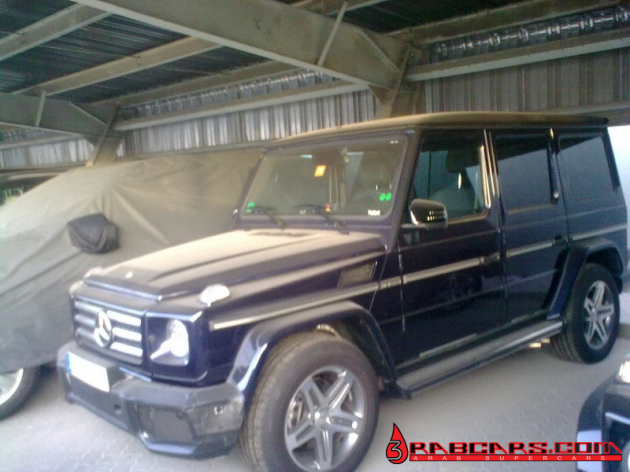 Official details of the new Mercedes-Benz G65 AMG, successor to the G55 AMG, are yet to be released. According to reports though, it will feature a 6.0-litre twin-turbo V12 developing around 450kW of power and 1000Nm of torque.

As outlined in these images first posted on 3rabcars.com, the new Mercedes-Benz G65 AMG will come with a revised interior layout over the current G55 model, including a new 320km/h speedo, sports seats, a new centre console and sports leather-covered steering wheel.

The new G65 AMG will also come with various performance exterior features, including side-exit exhausts, aggressive new side mirrors, and chunky AMG alloy wheels. These features will help the model continue on as one of the coolest vehicles around.