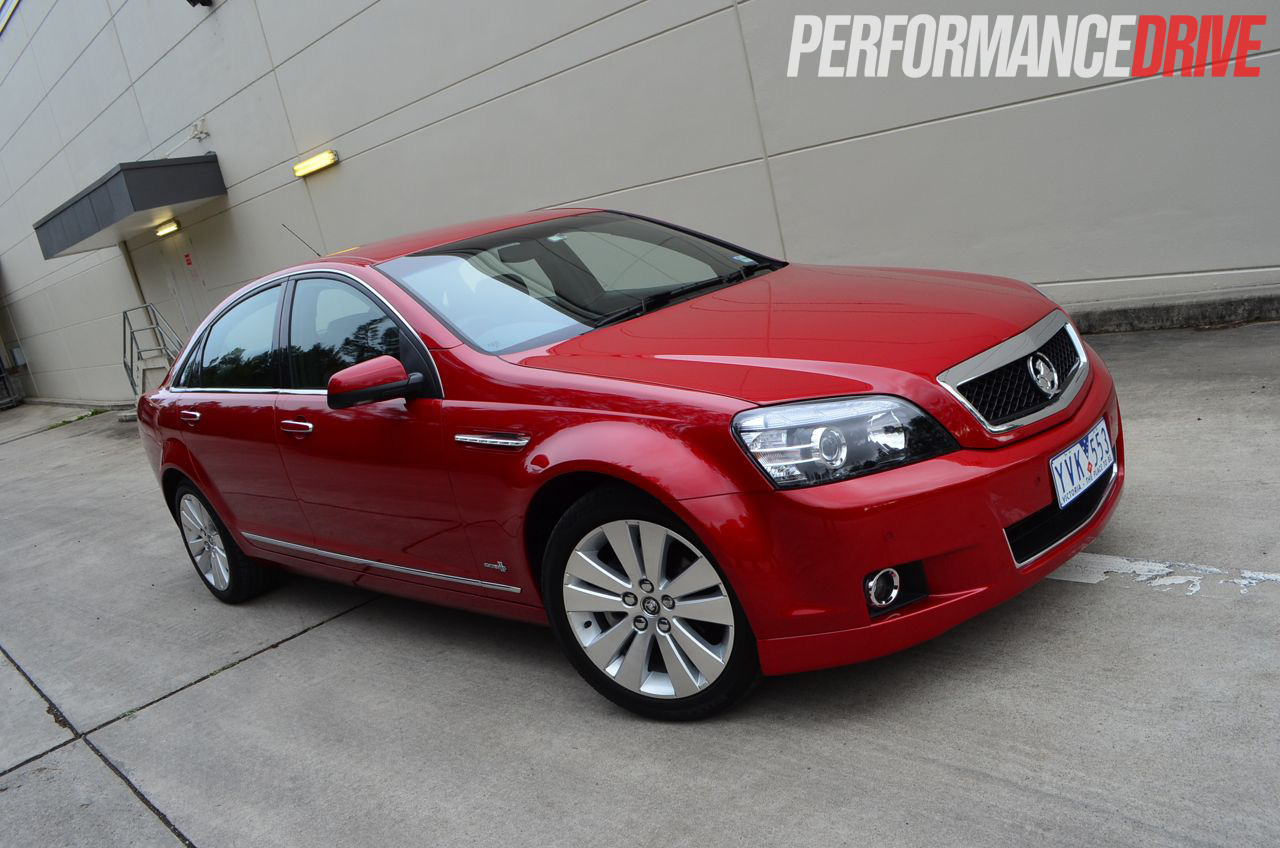 Despite the going trend in vehicle downsizing, with carmakers producing smaller, lighter, and more efficient models, options are still available for CEOs and the like who want a large luxo-barge. And in the case of the 2012 Holden Caprice LPG, you can be environmentally conscious while you’re at it. 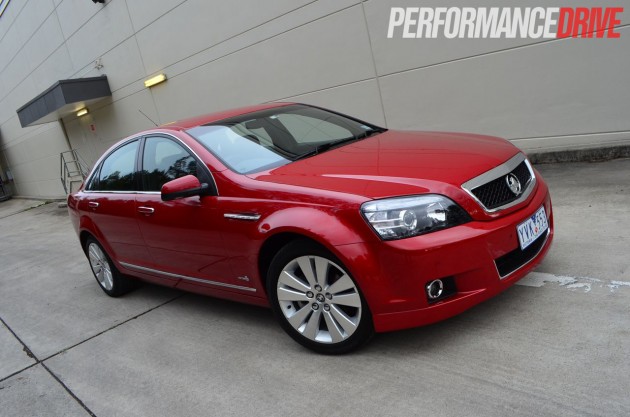 In the past, large luxury cars were all about cruising and comfort. Nowadays, big cars can be just as nifty as the smaller types while offering that same original character. As is the case with the latest Caprice, which is underpinned by Holden’s global ‘Zeta’ platform.

Okay, so it’s not to be compared with a fully-focused sports car, but with a good set of tyres (like our test model’s Bridgestone Potenzas) there are plenty of positive driving experiences to be had. So much so, Holden is sending these things to the United States as police highway patrol cars. 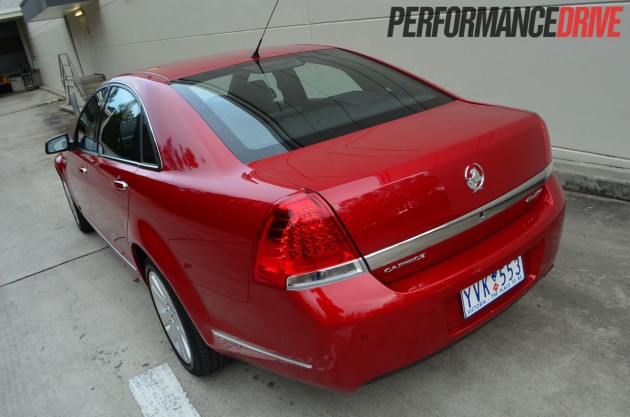 The 2012 Caprice is available with three different engine options; a 3.6-litre V6 petrol, the same 3.6-litre V6 on LPG, and a 6.0-litre naturally aspirated V8. The LPG version produces 180kW of power and 320Nm of torque – down 30kW and 30Nm compared with the petrol version. Although the figures may be down, it’s still a potent quick-revving machine, as you can read further down in our ‘on the road’ section.

Of course, the upshot of the LPG version is cheaper running costs. You’ll get a good 500km (more on a flat highway) from a full tank of gas. Of which, only sets you back around around $40. This is certainly not bad for a car weighing 1788kg.

Optional extras for the Caprice include a DVD Player in the second row ($1290) and an electric sunroof ($1990). Metallic paint is a no-cost option.

The interior is just a great place to be. The leather steering wheel feels almost too sporty for a luxury car and as all VE-based cars’ wheels do, it suits the ‘quarter-to-three’ style driving with thumbs pressed in like you’re holding a PlayStation control. The steering wheel controls are easy to use without taking your eyes off the road, with the mini scrollers used to switch songs or turn up the volume. 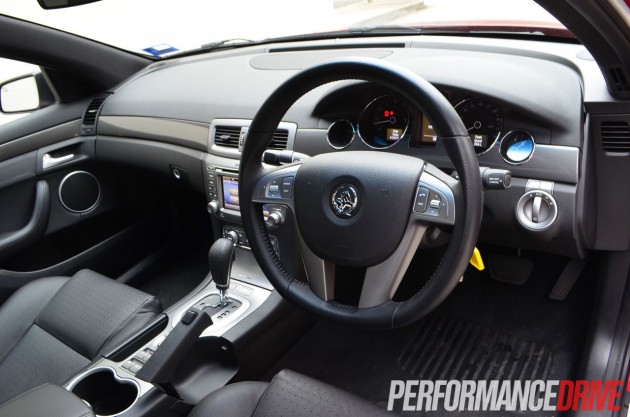 The 11-speaker stereo is a great piece of kit if you like your tunes turned up. The Holden iQ system brings in all of the usual gizmo connections like iPod integration via a USB port in the centre console, as well as MP3 playback support. The same port can also take songs from a flash drive and store them on its own on-board hard drive. It can do the very same with CDs too, up to 15 of them in fact.

The console controls are pretty close to what you get in a Commodore, except the buttons are larger and the tuning and volume knobs are closer to the screen. It’s a very easy and basic system to use especially compared to some of its German rivals which have close to a keyboard-worth of buttons on offer, and even a mouse in some cases.

Once the entertainment is sorted, comfort is there in droves. Both the front leather seats are eight-way electronically adjustable, with the driver’s seat having a memory recall button so you can fit right in where you left off.

Like a lot of large Australian-made cars, the seats are clearly made for big bums. And given this is a stretched Commodore, legroom is something of a strong point for the Caprice, both in the front, and in the back – you could almost have a birthday party in the back. 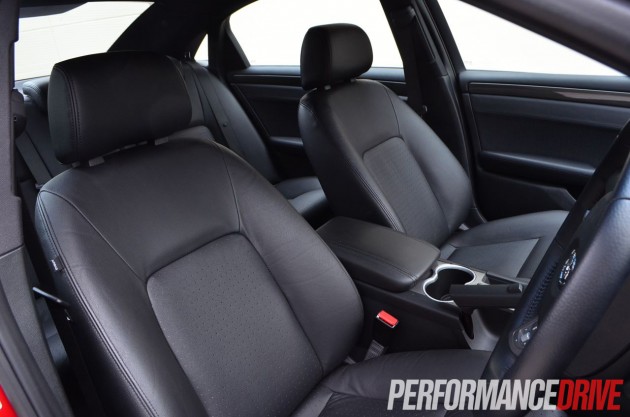 When you see that fern-surrounding Holden logo on the Caprice, you know it’s built with something a little extra – extra room, and extra kit. Out front, the big chrome grill and large headlights add to its distinctive looks. They give the Caprice an almost smug, but confident look. While the looks of the Caprice won’t make people take out their iPhones and snap a picture as you drive past, it does make you feel like you’re riding like an important executive.

From the outside the Caprice is a much larger car than the regular VE Commodore sedans. At 5161mm long, it’s 258mm longer than the rest of the Commodore range. Holden has achieved this through an extended wheelbase which is stretched from 2915mm from the Commodore/Calais, to 3009mm. This allows for the larger/longer rear doors and subsequently more roomy rear-seat area.

As we said, accommodation-wise the Caprice is an appealing package. Even the boot is huge – big enough for two prams even. No doubt this is the kind of car you need if you’re traveling with four or five passengers on a regular basis. 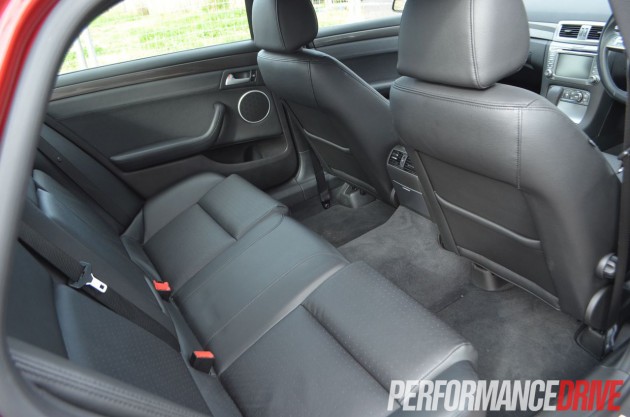 If disaster strikes, passengers up front have airbags not only in front of them, but on the sides too and in the curtain area. With its gigantic A-, B- and C-pillars, it’d take something with plenty of force to intrude the cabin. A five-star ANCAP safety rating is standard on all VE/WM models. After all, the Holden Caprice carries our country’s head of state and prime minister.

The one thing that comes to mind when driving the Caprice is the sheer size of the thing. You can’t help but think, ‘this is big, and long’. But find a back road and the Caprice is as ‘chuckable’ as a VE SV6 or Berlina. The extended wheelbase does tend to throw you off for the first few bends, but you soon learn a feel for its feet.

Steering feedback is much like the VE Commodore sedans, in that it’s a touch on the light side and lacks overall feel. Turn-in is reasonably sharp for a large car, and the suspension squats and the car sits quite flat around a set of bends. 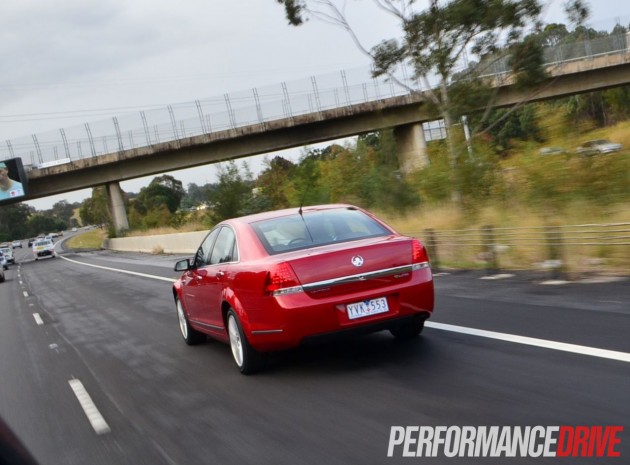 With 180kW, the LPG-only engine isn’t afraid to fire up and sing its lungs out. Off the lights there’s more than enough grunt to slot past the average sedan, and easily enough to cruise past pretty much every bread and butter hatchback.

Throughout our time in the Caprice, we were never of the opinion that the LPG model felt underpowered or in need of extra grunt, even despite losing the 30kW/30Nm over the petrol brother.

The savings to be had over running the petrol model are in our opinion well justified. If we had one complaint, the extra 30Nm of torque in the petrol variant does help it climb steep hills a little better than the LPG version, but it’s not that big of a deal. If outright torque is your thing, there’s always the 260kW/517Nm 6.0-litre V8 version.

If you cruise through town at slow speeds the six-speed auto selects gears quietly and smoothly, however, once you get out on the open road and press on with moderate aggression, shifts can feel a touch delayed, and quite often you’ll find the gearbox dropping down more gears that you would have liked. 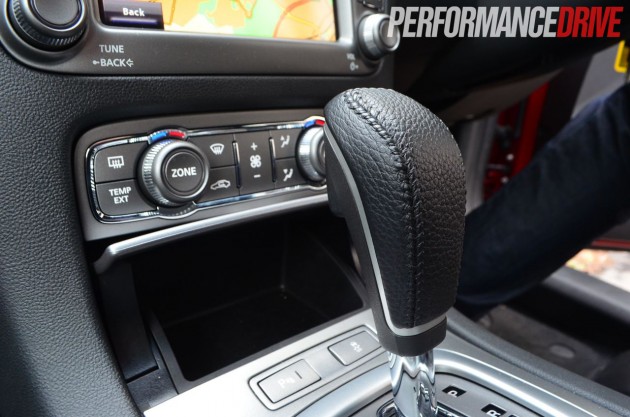 The brakes provide a decent feel and pull the mighty-sized VE up each and every time. After pushing the car for extended periods, the pedal does tend to feel a touch spongy, however, this doesn’t detract from their overall stopping power. The sponginess can also be resolved with a quick cool down period.

The Caprice is an affordable executive car that delivers everything you need from a large sedan. Priced in the middle of the Caprice range, the LPG V6 variant has plenty of grunt, enough room to swing a cat, and all the mod cons you need to keep you and your passengers happy.

Ford no longer produces the long-wheelbase Fairlane, so the Holden sits in the Australian-made market all by itself. And it’d be unfair to put it up against the long wheelbase German or British rivals given the Caprice is priced at well below half the cost of their bottom of the range offerings. 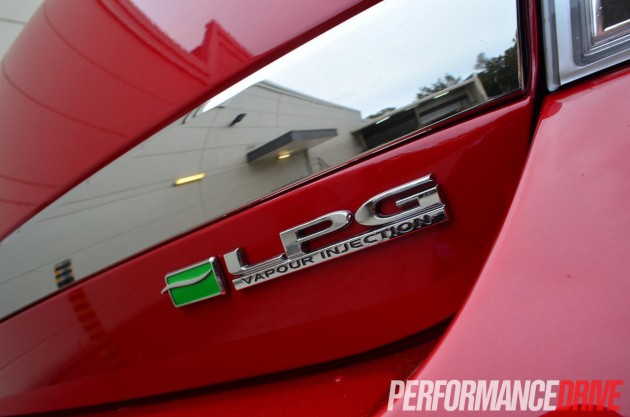 Overall, the Caprice LPG, with it’s $64,490 price tag, is an affordable Aussie exec’ limo for the masses. And given the demise of the Fairlane, who knows how much longer we’ll continue to see an Aussie-built extended wheelbase cars on sale in Australia. For now, in our opinion, the Caprice is very welcome to stay in Holden showrooms.

2012 Chrysler 300C CRD – 3.0-litre turbo-diesel V6, 176kW/550Nm – 2042kg – $51,500
Ford may not produce a big RWD luxury sedan anymore, let alone an environmentally-conscious one. The other of the American-owned companies does offer something very close though; the Chrysler 300C CRD. It certainly has plenty of presence on the road, and with a punchy turbo-diesel, it sprints to 100km/h quicker than the Caprice (8.2 seconds versus 7.0). It does weigh over two tonnes though…

There’s an all-new Outlander in town, and Mitsubishi is pulling no punches. The 2022 model features an all-new, larger platform...

Welcome to the all-new Subaru WRX. Yep, the rally icon is back. And it's about time really considering the outgoing...

Lexus is one of those brands that sets the standard in luxury. That’s why when it releases a new model,...

The 2022 Peugeot 508 GT is already a sleek bit of gear, and quiet desirable in the shrinking world of...

In 2019, Alfa Romeo entered the world of SUVs for the first time with the Stelvio. It made perfect sense....

If you’ve been looking at your options in the world of seven- or eight-seat SUVs for a while now, you...