We’ve seen the hot new Volvo V40 R-Design before in an earlier reveal, and the V40 Cross Country (previously thought to be called the XC40) has been spotted during filming, however, the Paris show is the first time the two have been officially shown to the public. 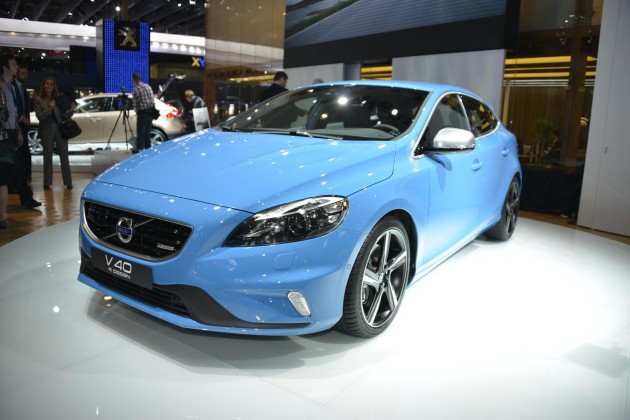 As previously reported, the Volvo V40 T5 R-Design is the sportiest variant of Volvo’s new VW Golf rival. It comes with the usual R-Design treatment, including a cool and discreet bodykit with front and rear spoilers, as well as 17-inch alloy wheels (18s are optional) and a range of ‘silk metal’ silver trimmings.

Power comes from the T5 2.5-litre Ford-derived five-cylinder turbo engine producing 187kW of power and up to 440Nm of torque under full throttle (400Nm under normal conditions). Acceleration from 0-100km/h can be taken care of in a quite brisk 6.1 seconds, while fuel economy is rated at 7.8L/100km. 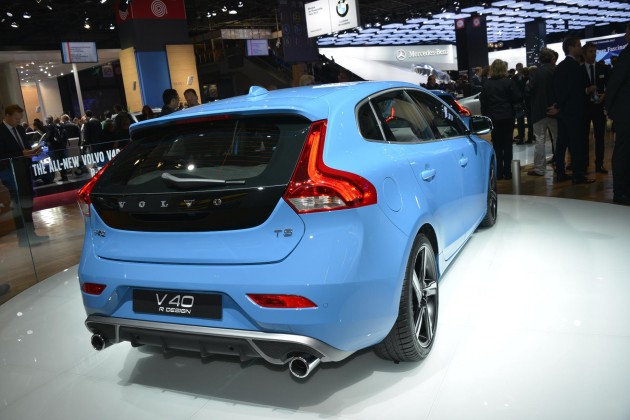 The R-Design will into production in January 2013 and will join the Australian lineup later in that year. A Polestar-optimised version is also set to join the range offering a power boost of around 10-20kW. 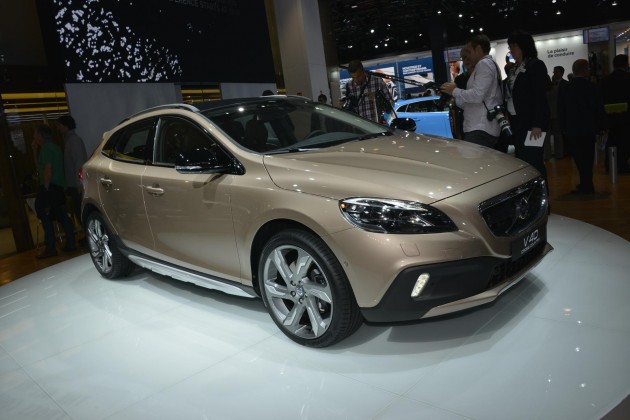 A turbo-diesel D4 variant will also be on offer, comprising of a 2.0-litre five-cylinder producing 130kW/400Nm. It’s capable of 0-100km/h in 8.3 seconds, while offering a fuel economy rating as low as 4.4L/100km when fitted with the six-speed manual.

The Volvo V40 Cross Country will go into production in November this year, before hitting various international markets – including Australia – during 2013.

With the introduction of the new Volvo V40, Volvo is dropping the current S40 compact sedan and V50 wagon from the showroom range.