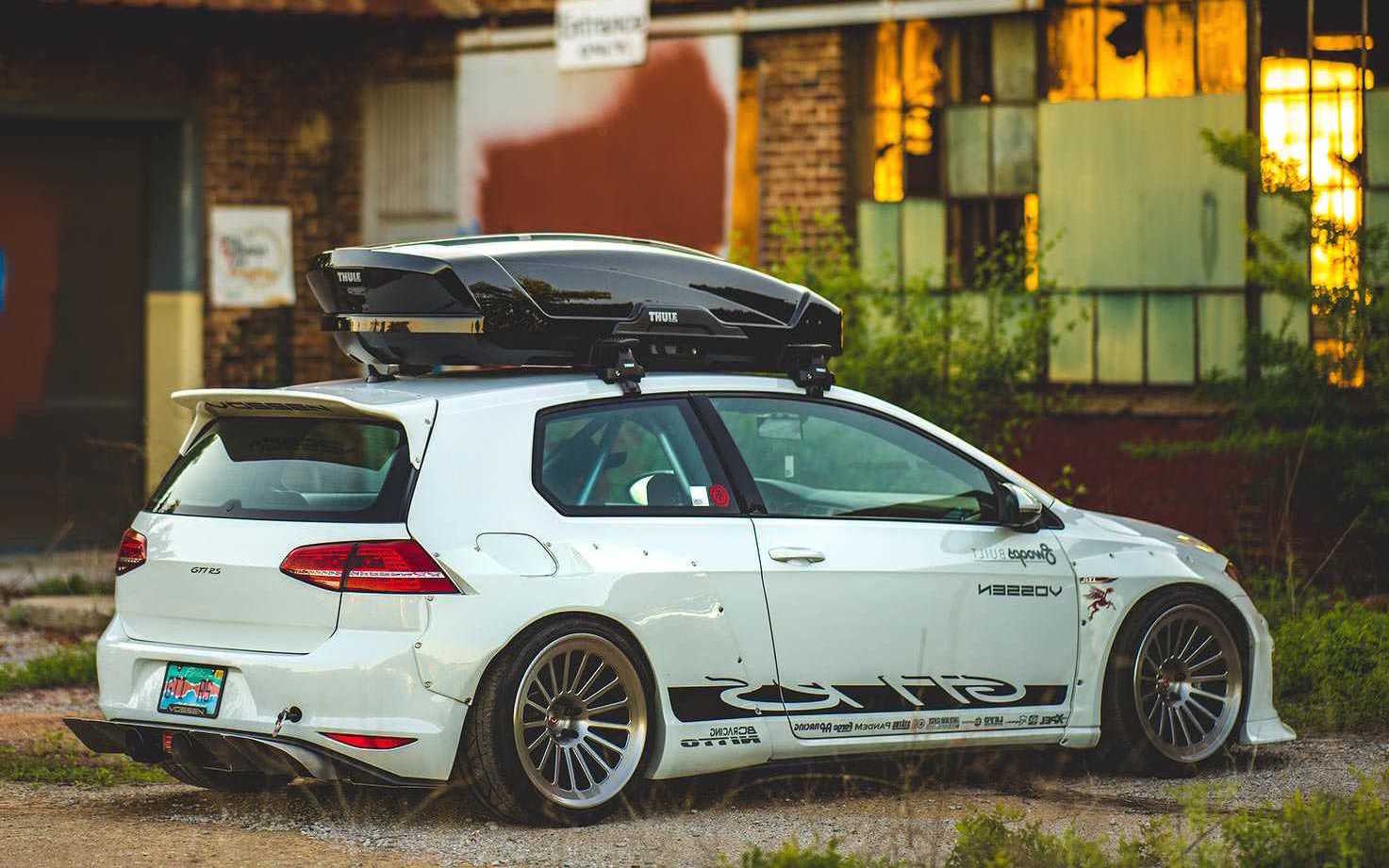 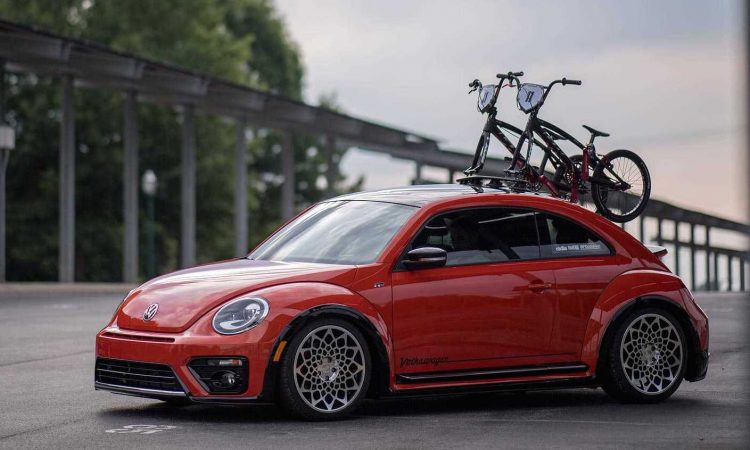 These were conjured up by Volkswagen of America, and were inspired by “the diverse interests of Volkswagen enthusiasts,” according to Volkswagen. 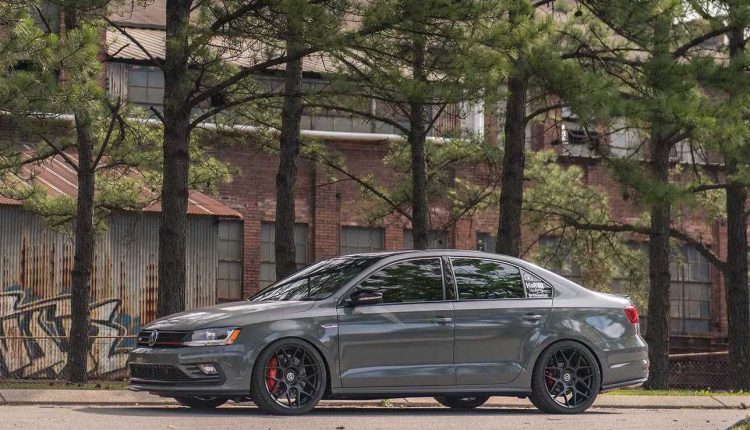 The Jetta GLI Nardo goes for more of a stealth personality, featuring a Nardo Grey wrap which is inspired by the colour of some Audis, while some HRE FF01 wheels sit nicely in the guards thanks to H&R lowered springs. 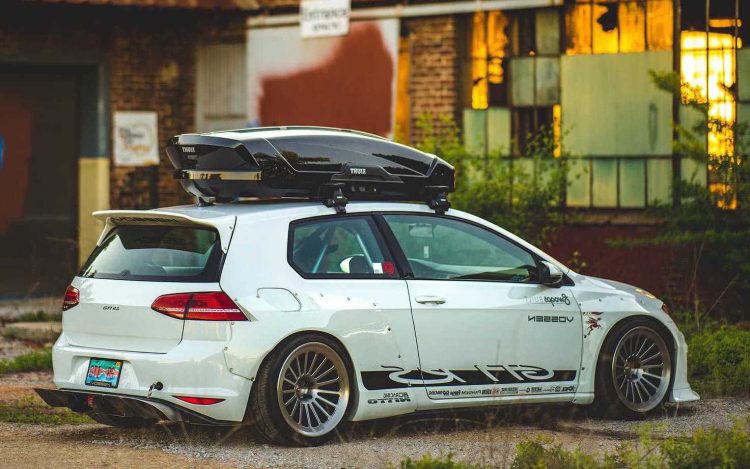 To cater for the performance fans, the Golf GTI RS is designed with the help of Vossen Wheels’ creative director Sam Dobbins. It uses a Rocket Bunny wide-body bodykit, and the interior is stripped down leaving a polished aluminium floorpan, race seats, and other highlights. There’s also a Thule carrier box on the roof, and custom low-profile crossbars. 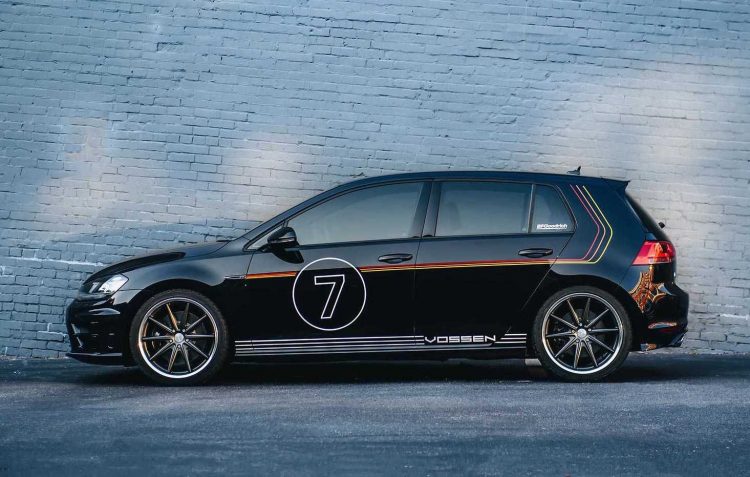 Stepping up a level, the Golf R Heritage is designed to honour its German origins. It features the German flag colours, with Vossen wheels finished in matte gunmetal grey, and lowered H&R springs. 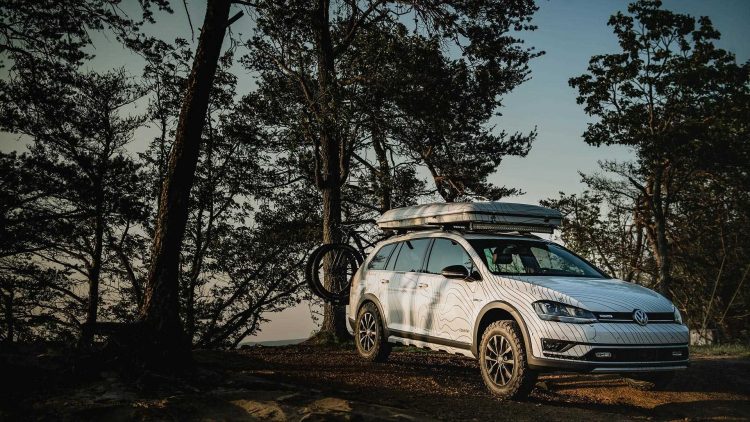 Lastly, the Golf Alltrack Country concept shows off the model’s adventurous side. It gets a 2-inch lift kit bringing up the Alltrack’s off-road performance, while 15-inch wheels fitted with BF Goodrich All-Terrain T/A KO2 tyres allow it to tear up more rugged terrain.

There’s also additional fog lights, a couple of Trek mountain bikes, a roof-mounted tent system, and a full computer setup in the back. Interestingly, the press images show the computer displaying an image taken by yours truly: https://performancedrive.com.au/2016-volkswagen-golf-alltrack-review-video-1914/). 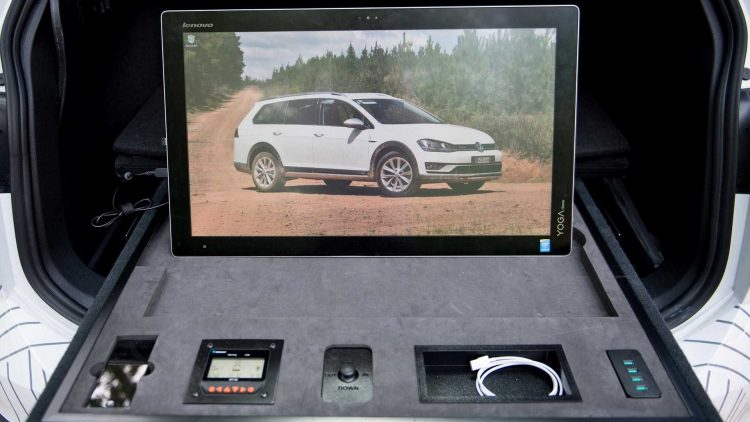 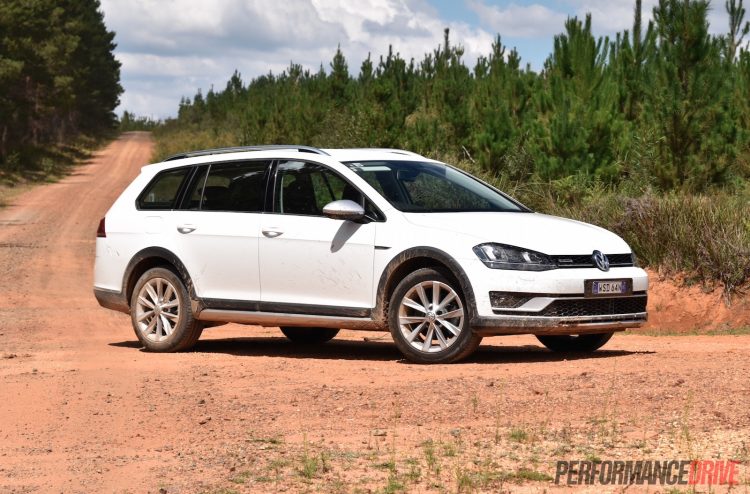