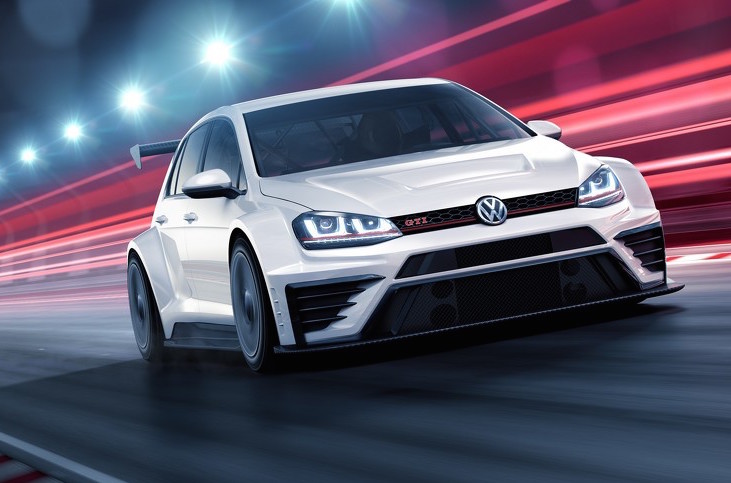 Volkswagen has revealed the Golf GTI TCR racing car, which is eligible to compete in the TCR International Series. 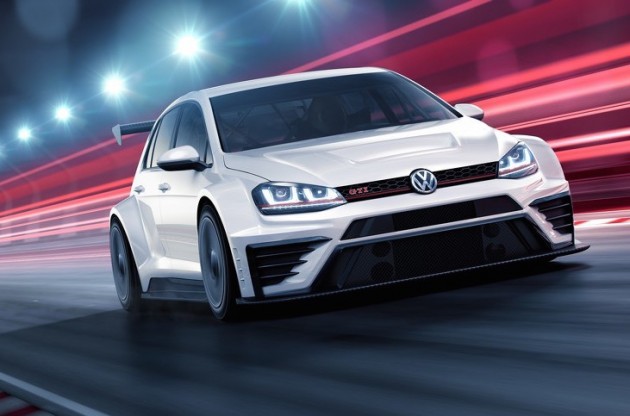 Loosely based on the Mk7 Golf GTI, the TCR version gets a custom pumped-out body with bulging wheel arches that accommodate 18-inch wheels, along with carbon fibre spoilers front and rear, and muscular side skirts.

Power is provided by a 2.0-litre turbo four-cylinder that generates 243kW and 410Nm. The beefy engine is matched to a six-speed sequential transmission built for motorsport purposes. Overall, the combination is capable of seeing 0-100km/h in 5.2 seconds.

Straight line speed is not what Golf TCR is all about though. It’s designed to tackle corners. As such, it features fully adjustable suspension, a sturdy roll cage system with improved rigidity, and a braking overhaul with 14.2-inch discs on the front and 12.2-inch units on the rear.

The launch of the new TCR edition also coincides with the Golf GTI’s 40th anniversary. In a statement, Volkswagen said:

“The new Volkswagen Golf GTI TCR has the seal of quality in its name: 40 years after the launch of the first Golf GTI, the customer sports version also possesses the acronym that, since 1976, has been synonymous with the Wolfsburg-based car maker’s sporting character, powerful engines and maximum performance.”

Volkswagen is building just 20 of these racers via its Motorsport division, and all have apparently been sold.