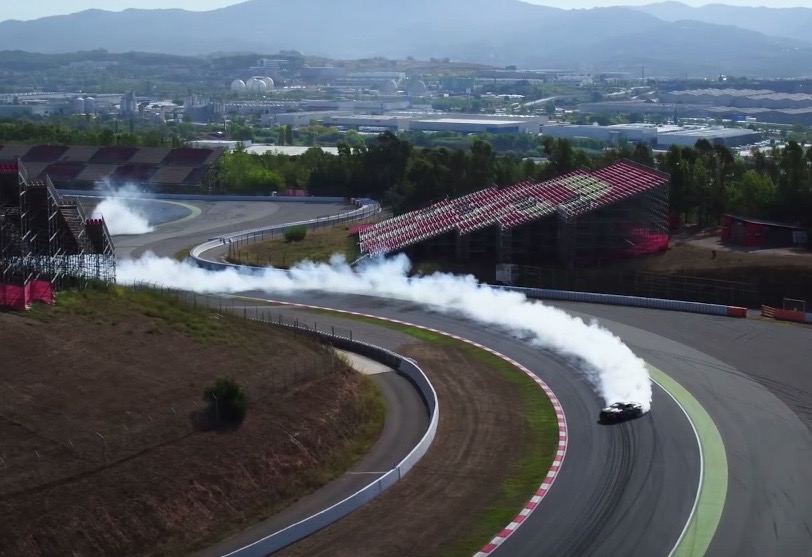 Vaughn Gittin Jr drifting around Catalunya is the only video you need to see today, or even this week. 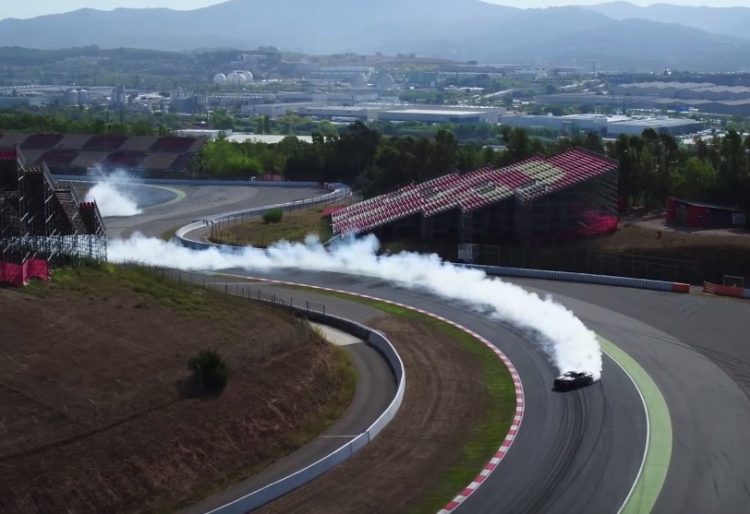 Ford says the original goal was for Vaughn to drift the entire 487-meter length of turn three. What ended up happening was 975-meters worth of tyre-shredding drift action.

“After reviewing the circuit on paper, I was a bit skeptical as to whether or not I was going to be able to carry enough speed out of turn 2 and maintain the momentum and wheel speed to link all of turn 3.

“I certainly did not think that I would be able to make turns 3 and 4 one giant 3200-foot right turn. Turn 3 is one of the longest turns on any racetrack in the world, and F1 cars attack it flat out.

“Thanks to massive grip generated by my Nitto NT555G2 tires coupled with the Mustangs impressive dynamics, I was able to get the speed needed to pull it off. It was literally like I was drifting forever,” Gittin said.

The Mustang RTR Spec 5-D is the end result of a collaboration between Ford, Vaughn Jr’s brand RTR, MA-Motorsports and ASD Motorsports. The 5-D was first previewed at last year’s SEMA event in Las Vegas, and is powered by a 5.0-litre ‘Aluminator V8 XS crate’ engine produced by Ford Performance and Roush Yates. Power is rated at 671kW, and the RTR Spec 5-D weighs 1270kg.

The man in the driver’s seat, Vaughn Gittin Jr, has a special place in drifting folklore, having taken out the D1 Grand Prix event twice – the only American to achieve this so far. In his career he’s taken out the Formula Drift Championship and the World Drift Series after taking out the premiere Chinese event.