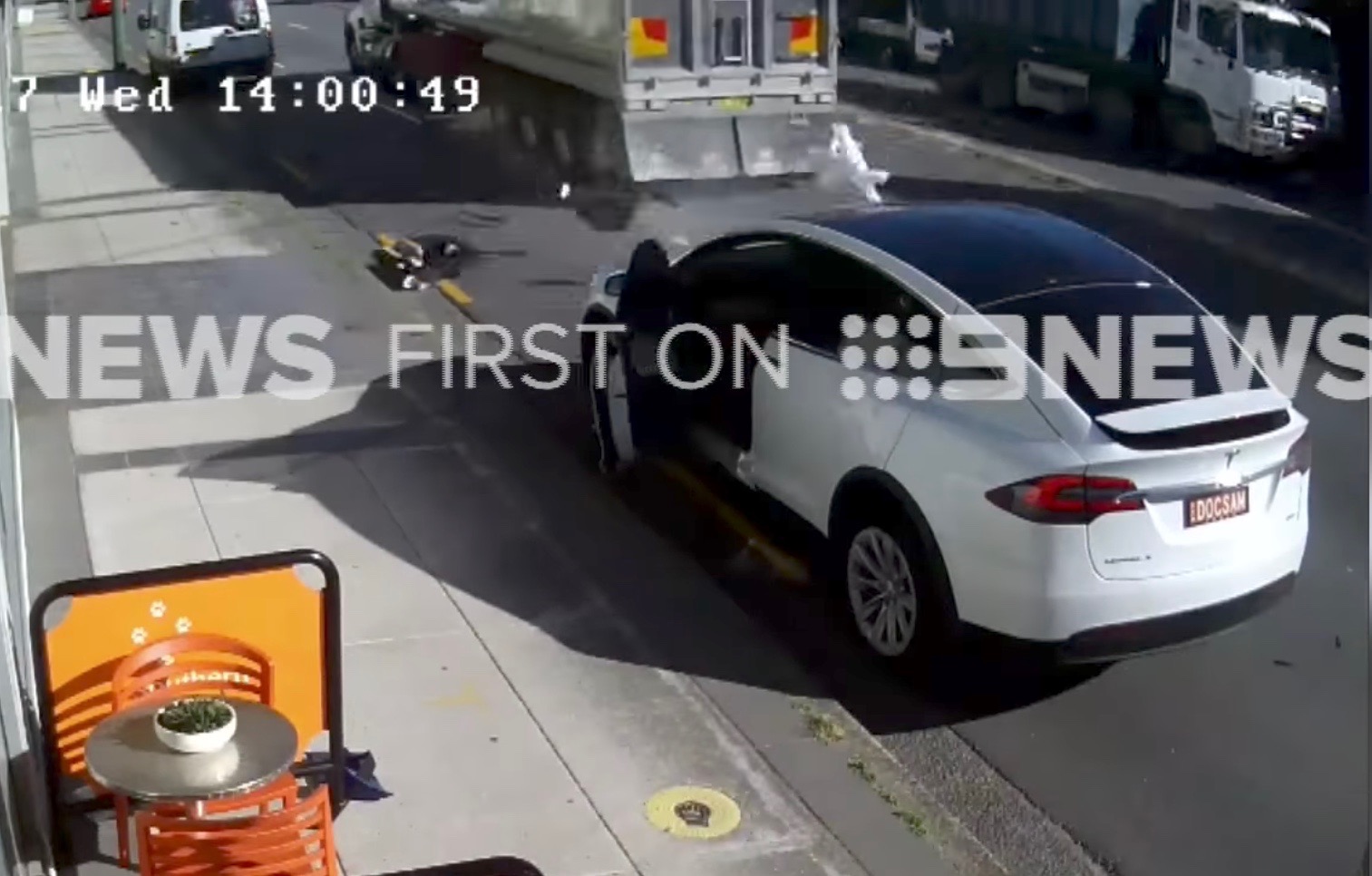 And the LOL of the week goes to this Tesla Model X and its owner. CCTV has captured the perfect moment where the automatic door on the electric SUV opened in synchronised harmony with a passing truck, completely disintegrating the driver’s door. We’ll point out at this point that nobody was harmed in this mishap.

The Model X is available with electric opening and closing doors, and not just the controversial gull-wing rear doors. We found these to be quite annoying when we road tested the Model X earlier this year, simply due to the conflict between the snail-speed at which they operate and the need for us to get on with our day.

Passengers can operate the doors via the large touch-screen, but they can also operate automatically in some situations. For example, exiting the driver’s side and standing clear will see the door close itself behind you. Which is great if you have no ability to move your arms. You can also open and close all doors by tapping specific areas of the key fob.

This is where the story goes much deeper. As outlined in a recent CarAdvice report, the owner alleges he did not activate the doors on purpose via the key fob. Instead, he says the doors automatically opened with no input.

Tesla has since responded to the owner, stating that the Model X automatic doors need first to be activated and that the owner did in fact press the key fob. You can read all about the details in the CarAdvice report linked above, but we just like watching the carnage, over and over again. It’s interesting to see there is almost nothing left of the door after it is pulverised by the truck.