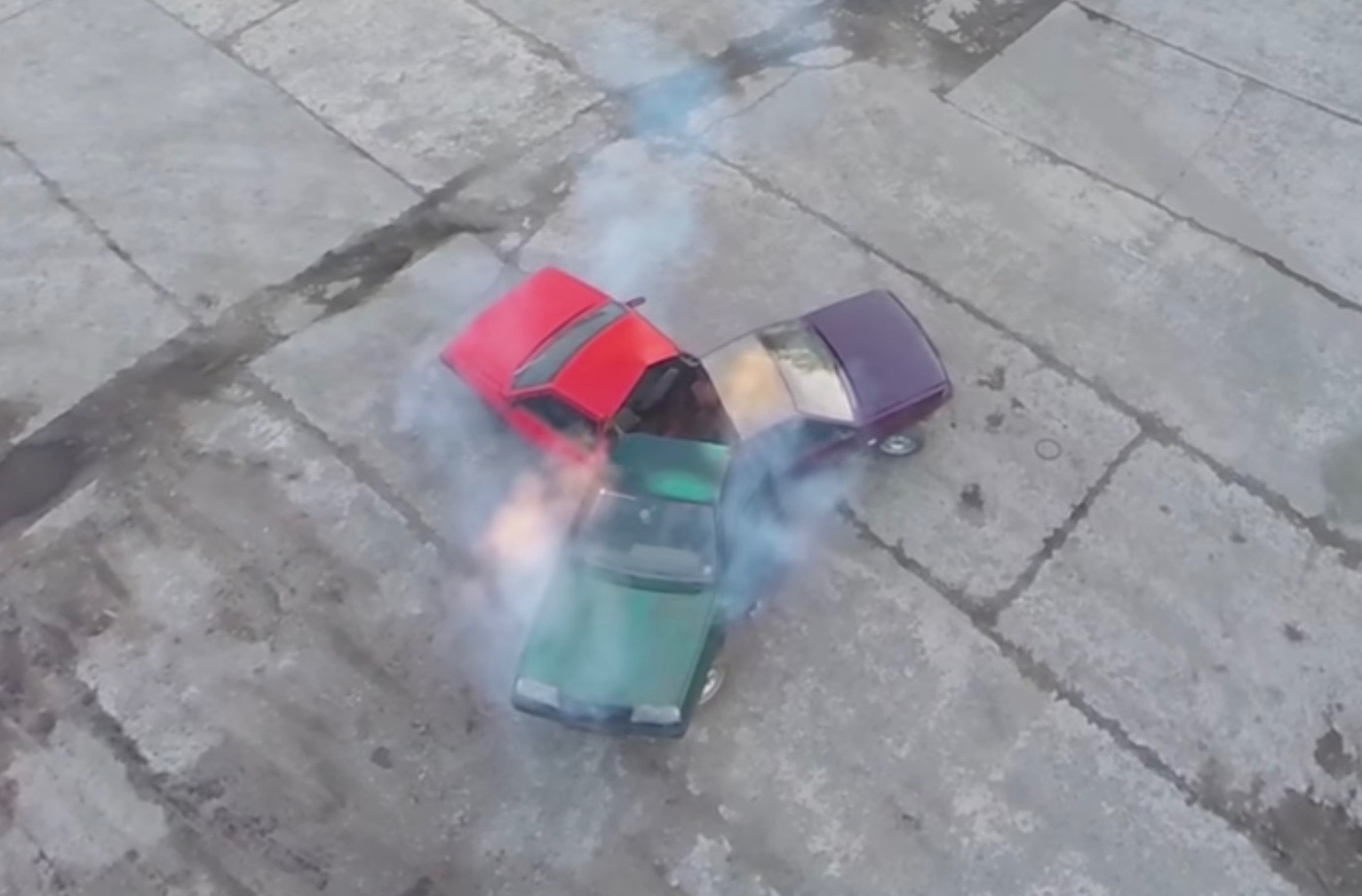 Fidget spinners. Some of us love them. Some of us hate them. The three-axis, four-bearing contraption that was initially created to help keep restless people with ADD occupied has become a global phenomenon. 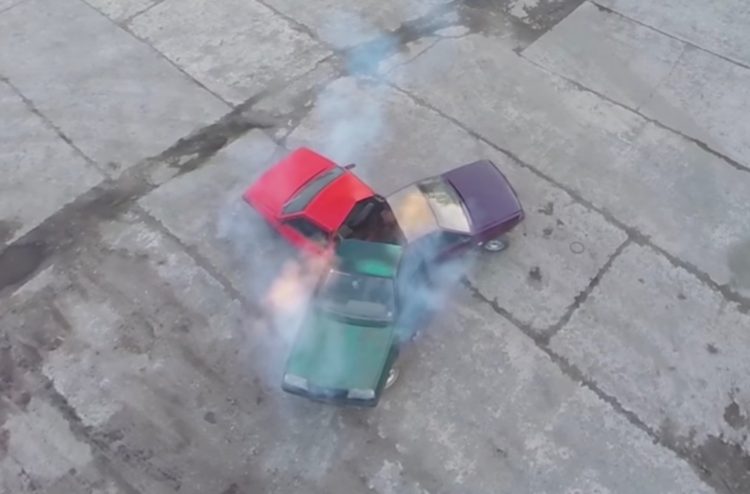 Some people are getting fidget spinner haircuts. Well how about the idea of an automotive fidget spinner? Garage 54 from Russia have come up with just such a concept, and welded three indigenous front-drive Lada’s together to create the fidget spinner car.

The victims are three Lada Samaras, known locally as the VAZ 2109 but also sold briefly in Australia with the backing of Peter Brock. Since the rear end serves no purpose in this exercise, they are sectioned from the B-pillar forward and then welded together to form an unholy three-headed Cerberus that looks like it emerged from Chernobyl.

After much fidgeting, the Russians get inside the new concoction and begin spinning. It takes them some time to get acclimatised to it however, and is well into the video before they synchronise into a circular motion. While not dizzying speeds, this is a concept that could well take off.

Do you have a fidget spinner? Tell us about it in the comments below.