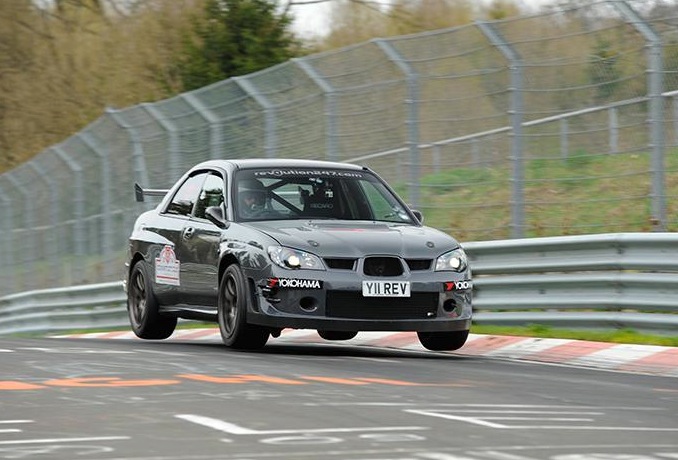 Yep, this is, apparently, the fastest, quickest Subaru Impreza WRX to ever lap the famous 20.8km Nurburgring circuit in Germany. The car is highly modified of course, with extensive upgrades in pretty much every area. 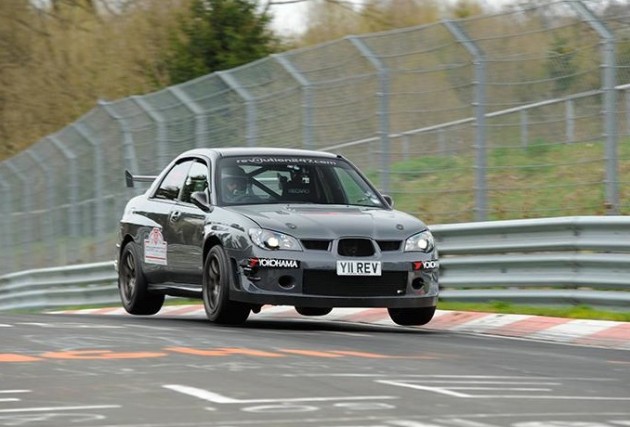 Built by a UK-based tuner called Revolution Motorstore, the WRX STI sedan has been converted into a two-door coupe. The track has also been widened considerably, with heavily bolstered wheel arches front and rear. It’s almost like a modern day interpretation of the old 22B?

Under the bonnet features a 2.2-litre turbocharged boxer engine using a Cosworth crankshaft, producing 374kW of power and a monstrous 678Nm of torque.

This power level is reached under 27.5psi of boost pressure. During the record-breaking lap, the car was apparently running on a mild boost setting with around 298kW. 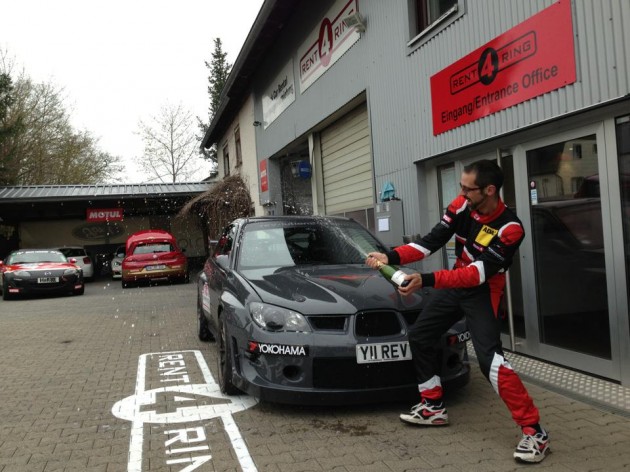 In other areas, the Revolution Motorstore WRX comes with Tein coilover suspension at all four corners with remote control adjustability, as well as eye-popping Tarox 10-piston brakes. It all rides on a set of Rota lightweight alloy wheels wrapped in Yokohama A048 semi-slick tyres.

In the cabin it’s relatively civilised, with carbon fibre trimmings setting it apart from the factory model, as well as a set of racing-style Recaro bucket seats to hold in passengers. Some of the equipment is also removed for weight reduction, such as the audio unit.

Revolution Motorstore is actually planning to produce 10 of these muscly beasts for sale on the market.

Click play below to see just how quick this machine is around the circuit. The car clocks a lap in just 7:53.08, which is about as quick as a Porsche 997 911 Turbo.