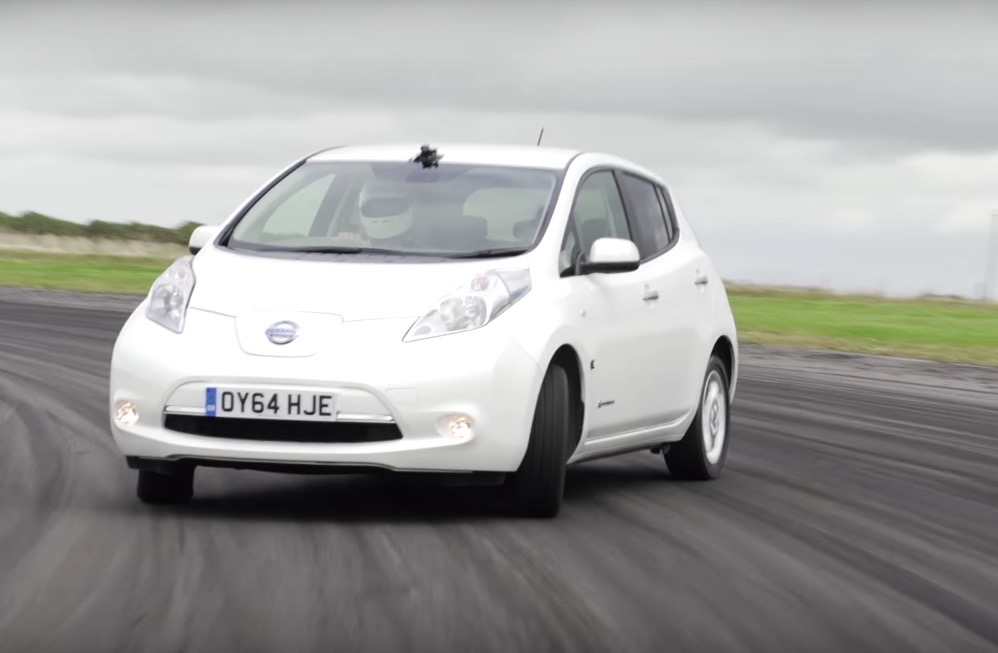 Drifting as a motorsport is a precise art form, requiring specialised vehicles, usually rear-wheel drive with loads and loads of power. 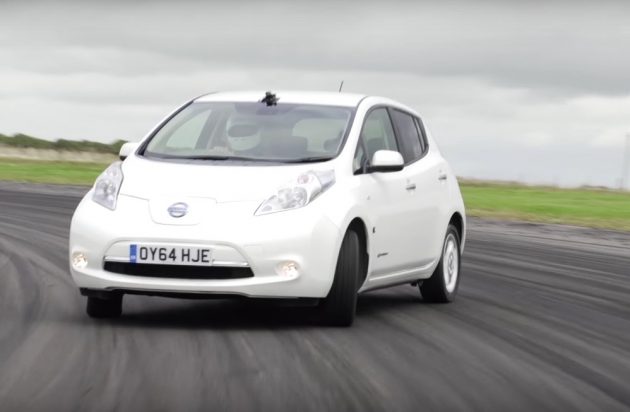 UK publication Autocar and journalist Matt Prior took to the British Drift Championship something most people would think to be fundamentally incapable of getting sideways; a front-wheel drive, fully electric Nissan LEAF.

Most of you are probably familiar with the idea of drifting, or power oversteer. For those who aren’t, it’s provoking a loss of grip from the rear wheels via either breaking grip with power, or a tug of the handbrake, then maintaining that angle through a bend.

This is generally not possible with front-wheel drive vehicles, except for a phenomenon known as lift-off oversteer, which some hot hatches since the Peugeot 205 GTi are known for… either that or putting Maccas trays under the rear wheels with the handbrake engaged.

The latter technique of reducing available rear-wheel grip was employed by Prior, by putting plastic wheels on the LEAF. As a result, rear-end traction broke loose during a 70km/h apex entry. To watch the eco-minded hatch getting these (acute) angles is almost surreal, as is the absence of smoke.

It all unravels towards the end, when the LEAF bites back and swaps ends on Prior. After that spin-out, the conclusion is yes you can drift in a front-wheel drive car, but it doesn’t mean you should. Check out the video below.