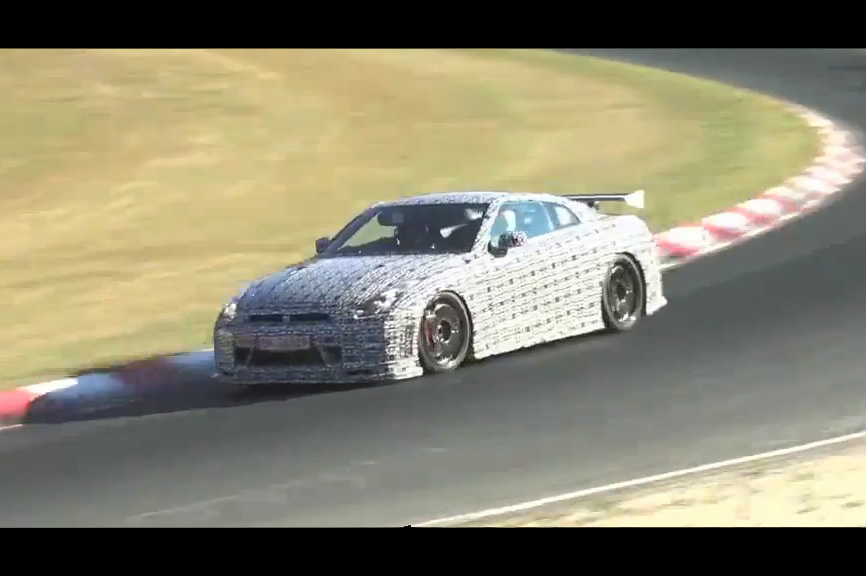 Nissan and Nismo have been spotted once again flogging the guts out of a prototype version of the hugely anticipated 2014 Nismo Nissan GT-R. It could very well become the new production car Nurbugring lap record king. 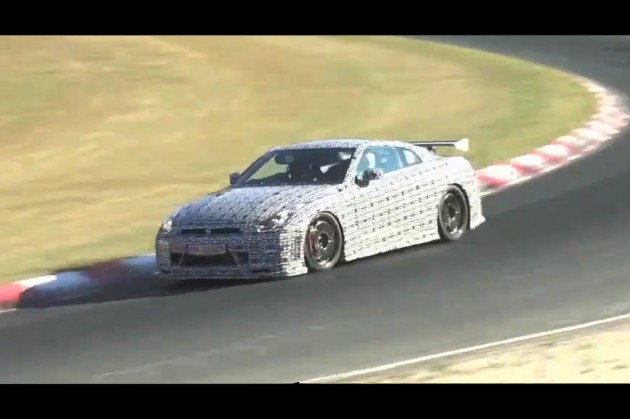 Porsche recently announced its new 918 Spyder is able to do a lap of the often timed section of the Nurburgring in 6:57, claiming the position as the quickest proper production car to ever lap the circuit.

With the standard GT-R already on the tails of various, much more high-end supercars in terms of lap times. The new Nismo version is set to be a killer. It will feature a host of performance-boosting enhancements.

Official specifications are yet to be uncovered, however, Nissan’s executive vice president Andy Palmer has openly said it will come with “extra kick” over the regular 404kW GT-R.

With tuners regularly pumping these up to 800hp-plus (597kW) quite easily, it will be interesting to see what Nismo comes up with.

Of course, being a production car, reliability will be kept in check, along with warranty and so on. Even so, industry speculation suggests an overall output of around 425kW.

In other areas of the car, Nismo will also provide bespoke suspension, brakes, wheels, and styling/aero features to maximise speed and agility.