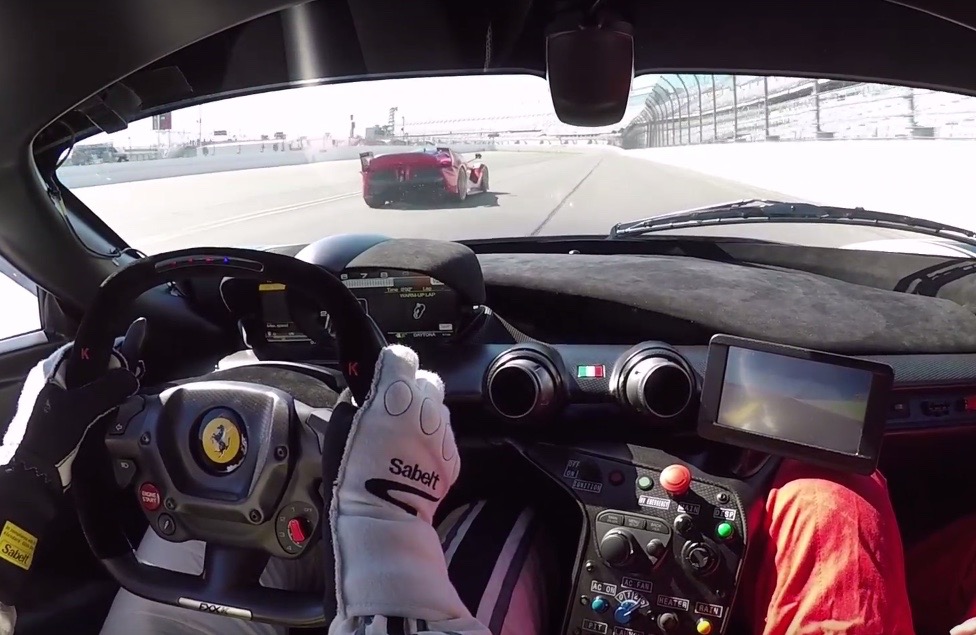 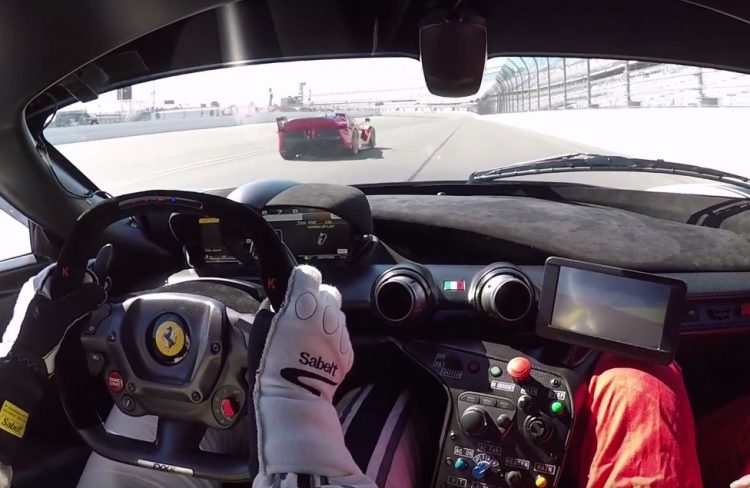 Just like the Enzo-based FXX which came before it, the FXX K is a limited build racetrack-only vehicle that is used as a testbed for Ferrari’s racing technology that may filter into future road beasts.

Just like the LaFerrari and F1 cars which begat it, the FXX K features a kinetic energy recovery system (KERS) with an electric motor. This is in combination to a naturally aspirated 6.3-litre V12 that revs to over 9000rpm and generates 633kW. The electric motor adds 140kW for a total of 772kW, or over 1000hp.

It can generate over 540kg of downforce at a staggering 360km/h and is one of the world’s new breed of hypercars that incorporate hybrid technology.

This clip shows a driver flexing the FXX K’s muscles around the Daytona USA circuit, a place more famous for NASCAR racing with its high speed bowl.

Taken to speeds at over 200mph (320km/h), the shrill of that delicious V12 feels almost edible as it kisses the 9000rpm-plus rev ceiling. Take a look below.