It seems Top Gear UK host Jeremy Clarkson is working on a new DVD called Powered Up. Creators of the new film have just released the Powered Up trailer on video for a bit of a sneak peek. 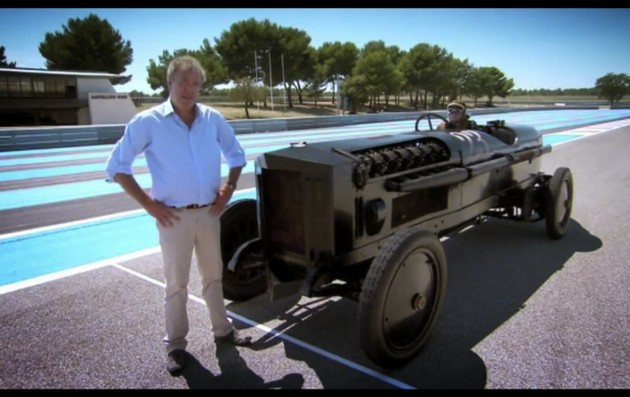 In between seasons of the popular Top Gear television show, the presenters usually venture off making their own separate DVD series. Last year Jeremy Clarkson released The Italian Job, based partly at Italy’s Imola racing track where he compared some of the latest track weapons and hottest supercars, all in the aim of ‘training’ for a racing stint in the UK.

This year, Powered Up is based in France, at the Paul Ricard circuit. The new DVD goes for a max power theme, whereby Clarkson compares various high-powered vehicles, including some of the latest supercars and even the Brutus race car featuring a 46-litre BMW V12 (pictured).

Of course, being Jeremy Clarkson, there’s also going to be a decent share of car carnage and various laugh-out-loud moments. Click play on the Powered Up trailer below for a preview. The DVD is set to go on sale on November 7.