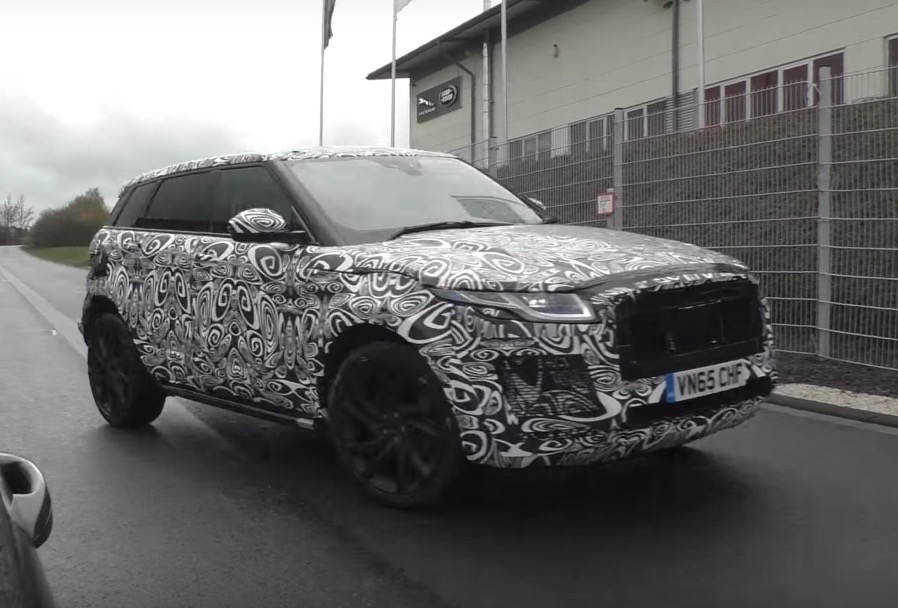 An intriguing Jaguar Land Rover prototype has been spotted at the Nurburgring, with a number of clues suggesting this could be a junior SUV to sit underneath the recently-introduced Jaguar F-Pace. 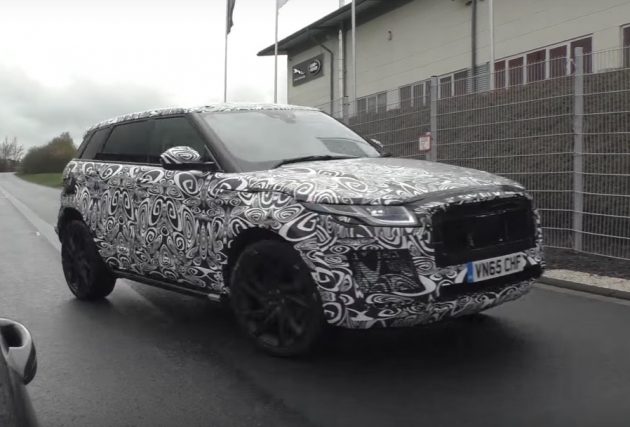 At first, it looks like a regular Range Rover Evoque five-door, especially around at the back. But at the front it wears the larger Range Rover headlights that are drawn down into the front guards, while the grille is the main clue with its pronounced upper lip that echoes Jaguar’s latest trend.

According to the rumours, what we’re looking at here is a Jaguar prototype that is merely using the Evoque body for disguise purposes only. It’s believed underneath is a mostly new setup borrowing some elements from the Land Rover Discovery Sport.

If this is indeed a Jaguar it will be the second SUV the company has ever made. Some international reports say Jaguar is working on a smaller SUV to sit beneath the F-Pace, which uses an all-new aluminium-intensive platform. However, unlike that, this junior SUV is speculated to borrow some parts from Land Rover instead to help spread/save costs. 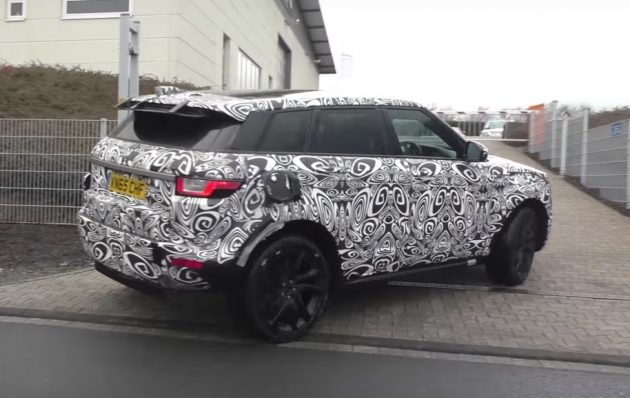 The video description suggests it is a hybrid ‘E-Pace’. And judging by the strange fuel filler cap on the side, we might even be looking at a plug-in hybrid. Jaguar has trademarked the names I-Pace and EV-Type, so maybe this will wear one of those?

With SUV markets booming all around the world, it would make sense for Jaguar to offer more products to meet this demand. Nothing is official just yet though so we mustn’t get too excited. Take a look at the quick video below and see what you think.