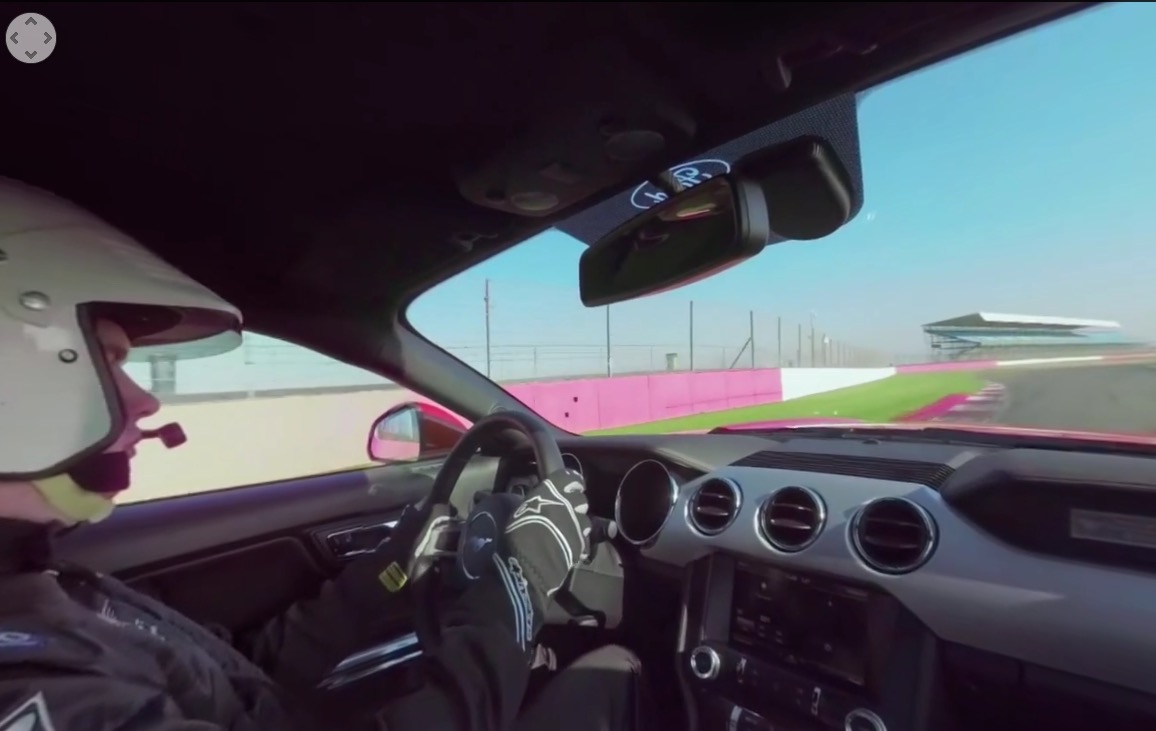 Ford’s European branch has released a 360-degree interactive video of its latest and greatest Mustang GT being thrashed around the Silverstone circuit in the UK.

The Mustang, piloted by professional driver Paul Swift, was equipped with six GoPros, a drone, and cameras on the front bumper. The footage was edited into one interactive panorama of the hot lap.

The Mustang lapped the 2.6km National Circuit of the Silverstone Circuit in an undisclosed time. Take a look below.