Ken Block has given the new Ford Fiesta RS WRC car a quick fang on the gravel stages of the Rally Great Britain in Wales. The tests were recorded by Block using a new GoPro Hero 2 helmet-mounted camera. 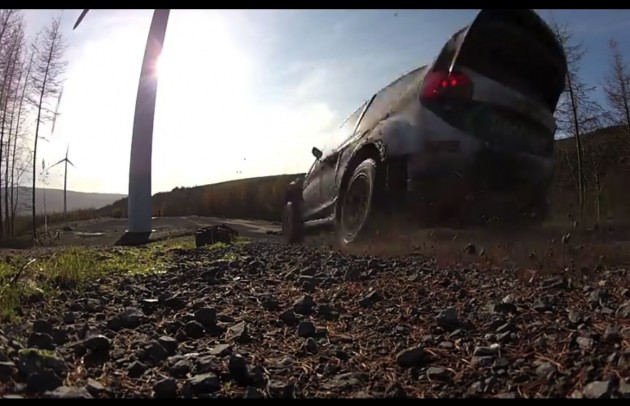 It’s like a nimble mosquito through the bush the new Ford Fiesta RS WRC car. It buzzes and simply blitzes along the high-speed gravel stage, and whips around corners and slingshots out of tight hairpins.

Click play on the video below for a decent demonstration of pushing a car to the limits. Some may argue that Ken Block isn’t a ‘real’ WRC driver. At the end of the day, what’s the point of judging him, he sure seems to know what he’s doing here, hitting some serious speeds in top gear.