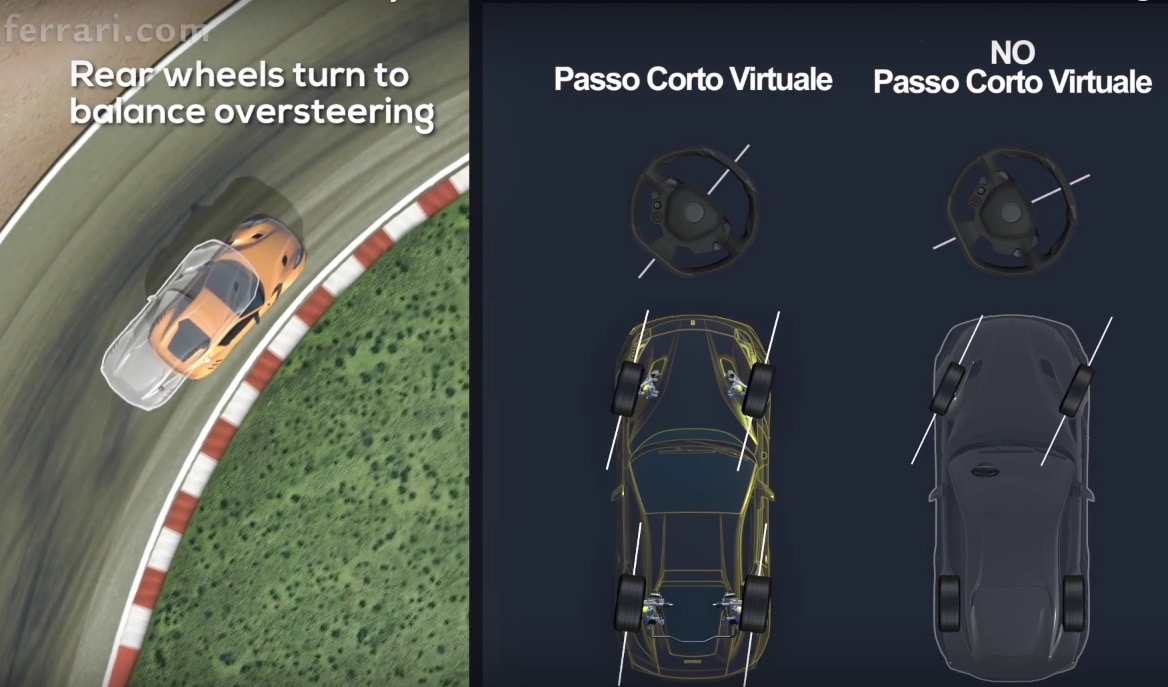 Following Ferrari’s video detailing the engine of the new F12tdf, the company has now produced some visual informative entertainment regarding the car’s rear-wheel steering system.

Called Virtual Short Wheelbase, the system is able to pivot the F12tdf around corners with higher precision and stability compared with the regular F12. With more power from the 6.3-litre V12, this is probably a good thing for drivers. Take a look below for more insight.