Remember the big eight-car Nurburgring crash from a few days ago? Some video footage of the crash scene has just been posted up on YouTube, including an in-car camera mounted onto the back of a BMW which narrowly missed being involved in the crash. 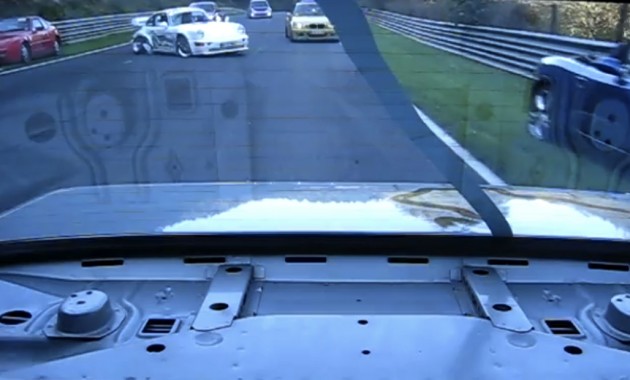 The video is around 15 minutes long, but the lead-up to the crash is quite entertaining as the BMW driver shows off some nifty car control, sliding and drifting the car around parts of the 20km circuit. For those who would rather skip to the accident scene, fast-forward to around 9:50.

Save Now
David from Doncaster SA recently saved $6,931 off the retail price of a new BMW 1.
Pin It
Tweet