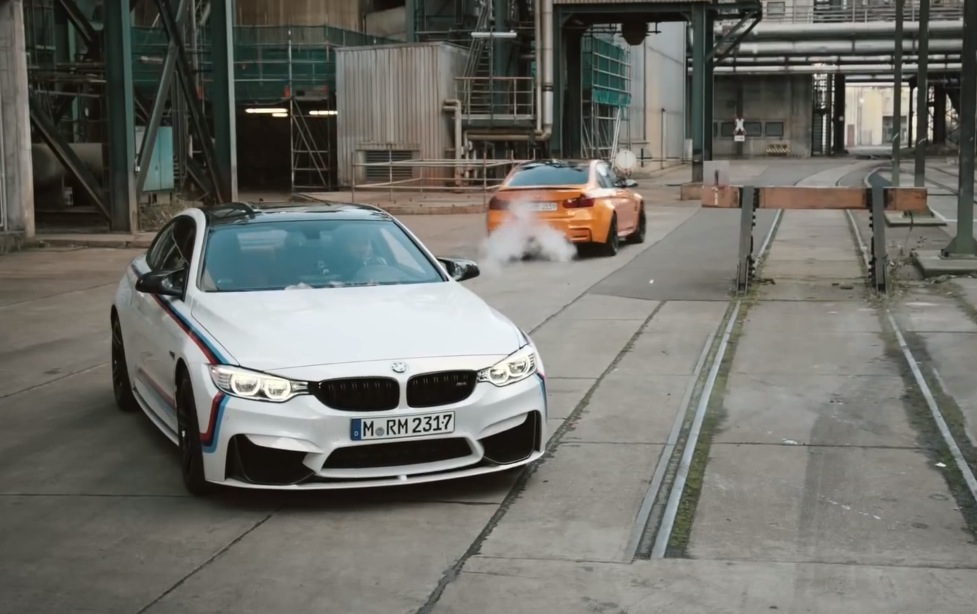 BMW is pulling out all the stops to promote its range of M Performance options and has released a special high-production advertisement to showcase them, starring the M4 and M3. 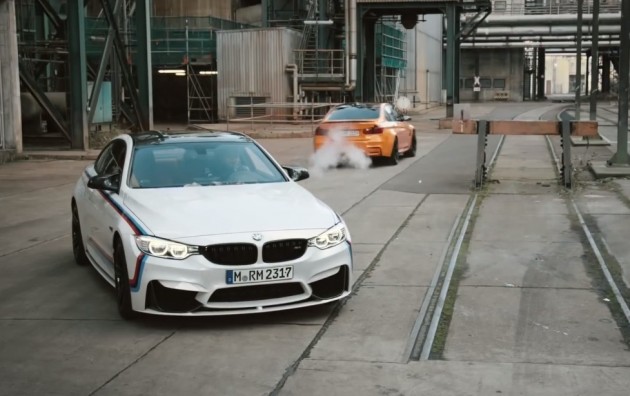 The ad features the tagline ‘Retrofitted Adrenaline’, encouraging present and future BMW owners to consider some of the performance options that are featured in the ad for their BMW vehicles. The advertisement itself is put together with a lively soundtrack, more than a handful of exhaust notes and sharp editing to give the viewer that sense of speed offered with the options.

The M4 used in the ad is arguably the most expensive M4 money can buy, with an optional carbon fiber aero package which features a new front splitter, intake grille, side skirts and a rear spoiler. BMW is also offering M body decals in the traditional triple racing colour scheme, and a new Akrapovic exhaust system for all those customers who feel the noise is lacking from their Bavarian monster.

Lightweight materials have been used for the Akrapovic exhaust system, as well as the rear diffuser and mirror caps in the endeavor of weight reduction. BMW is also offering 19-inch M alloy wheels with a double-spoke design and blue brake-calipers.

On the inside, BMW in traditional German custom offers upgrades on just about everything, with an Alcantara-wrapped steering wheel, race display, more carbon trim than an F1 car, coupled with aluminum inserts.

Performance upgrades extend further than upgrades to the car, as the ad features a new BMW performance app to keep track of a driver’s telemetry. BMW says that the same options are available for retrofitting on the current M3 sedan and M4 convertible models.