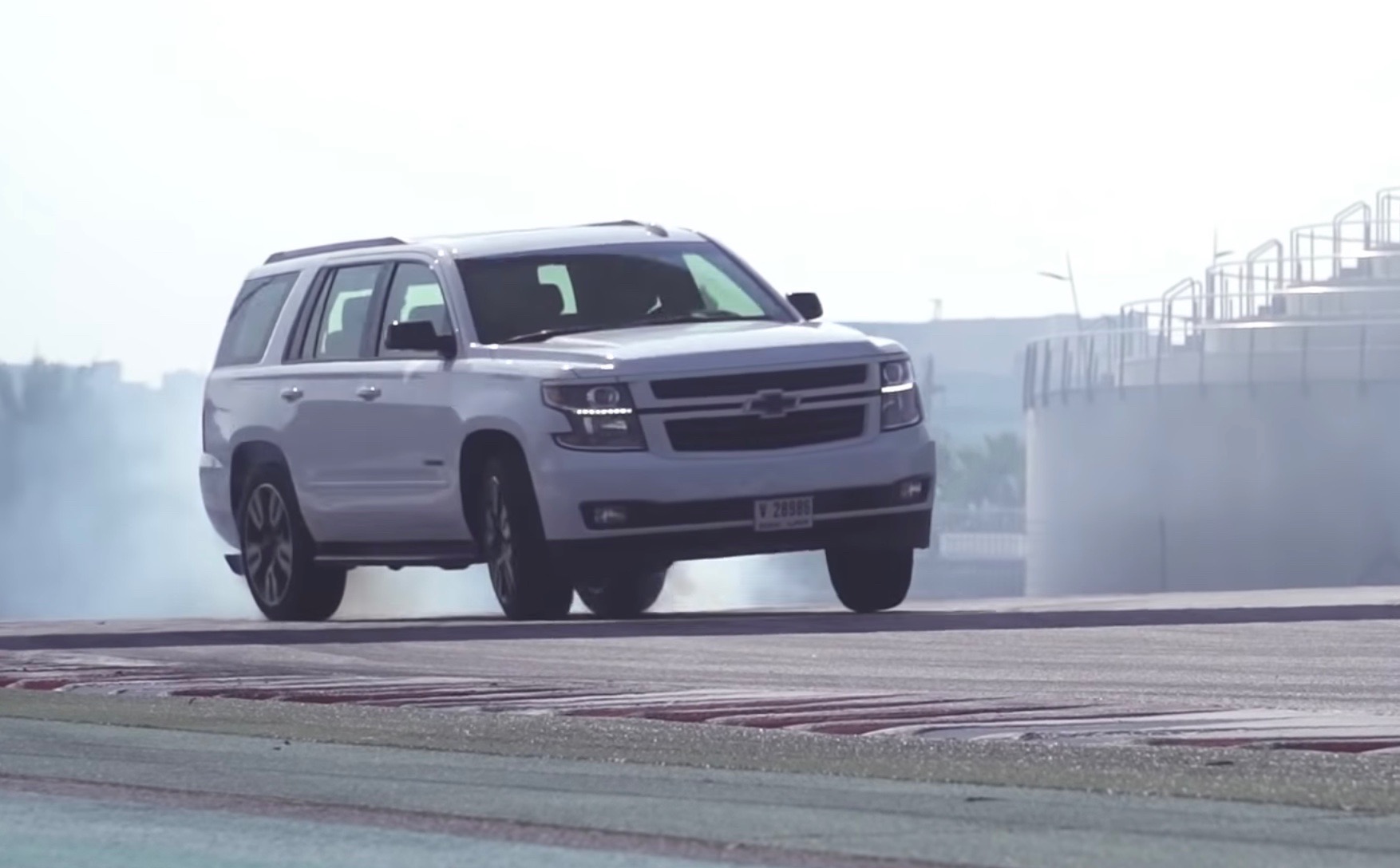 Chevrolet Arabia has sent out a cool albeit strange promo video showing off the drifting skills of its new Tahoe RST, which is a massive SUV. Yes, you read correctly. How does an SUV drift?

Well, in the hands of professional drift master Ahmad Daham, the big SUV drifts quite nicely. He pilots the new RST special edition with a surprising amount of grace and precision. It’s powered by a 6.2-litre V8 petrol engine that produces 313kW and 624Nm. This is sent through a 10-speed auto transmission and into a rear-wheel drive system.

The standard Magnetic Ride Control suspension no doubt helps to keep the big beast level and stable during transitions. Other highlights for the Tahoe RST include 22-inch alloy wheels wrapped in low-profile tyres, also helping with steering response for drifting, and there’s a Borla sports exhaust system so the thing can be heard from a distance.

See how it performs in the video below. It actually looks like a lot of fun, despite being a heavy, jumped-up family wagon.