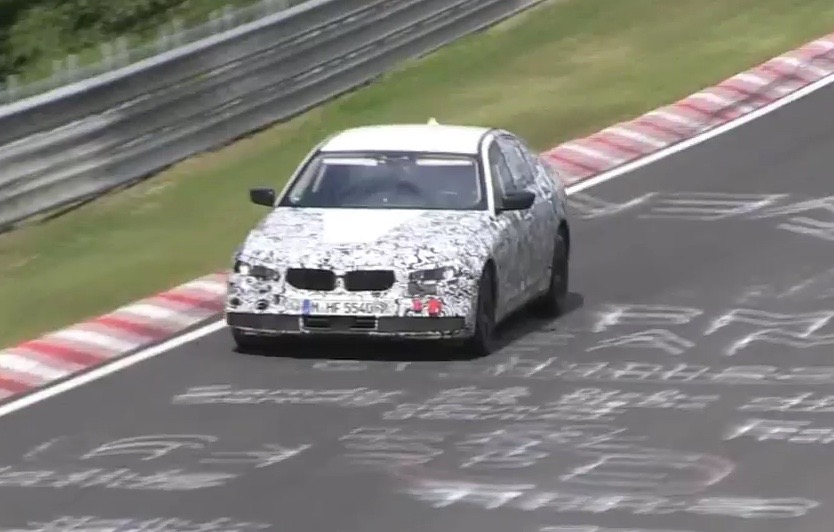 BMW has been spotted testing a prototype version of the next-gen 2017 5 Series sedan out on the Nurburgring in Germany. The new model is set to receive a fresh yet mild design update and various advancements in technology and weight management. 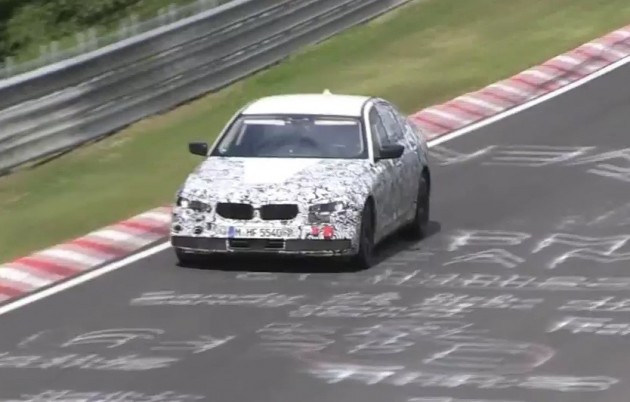 The current-gen 5 Series has been on sale since 2010. If history teaches us anything, BMW sticks with the same generation for around seven years. No official information has been revealed at this early stage, but the next model it is expected to be a subtle generation jump that’s more about technology than evolutionary design shifts.

From that, it’s believed the next 5 Series will follow in the footsteps of the recent-revealed new 7 Series, which showcased a similar philosophy. BMW might even decide to incorporate its new ‘carbon core’ body for the 5 Series, just like with the big 7.

The carbon core is a creative construction layout that uses carbon fibre beams along the main pillars and structurally integral elements of the body to improve rigidity and reduce weight. Given the 7 Series is some 130kg lighter than its predecessor largely thanks to this technology, the next 5 Series could drop more than a few kgs.

Its design might also follow the 7 Series. From a distance, you could say the new 7 Series looks very similar to the previous model. But it’s not until you get up close that you notice the new headlights and taillights, and finer detail updates. As you can see by this prototype, the overall shape of the 5er does seem similar to the current silhouette.

Like many new-model vehicles, the 2017 5 Series is likely to grown slightly in size to open up more interior space. It is also expected feature a more aerodynamic body that’s longer and wider, yet lower than the current version.

Specific details on powertrain options are yet to be confirmed, but a good bet will be a range of updated turbo inline six engines just like what is seen in the new 7 Series. There’s a 3.0-litre turbo-diesel producing 195kW and 620Nm, a petrol version producing 240kW and 450Nm, and a 4.4-litre twin-turbo V8 petrol producing 330kW and 650Nm.

The new model isn’t expected to debut until later in 2016. Click play below for a preview in the meantime.