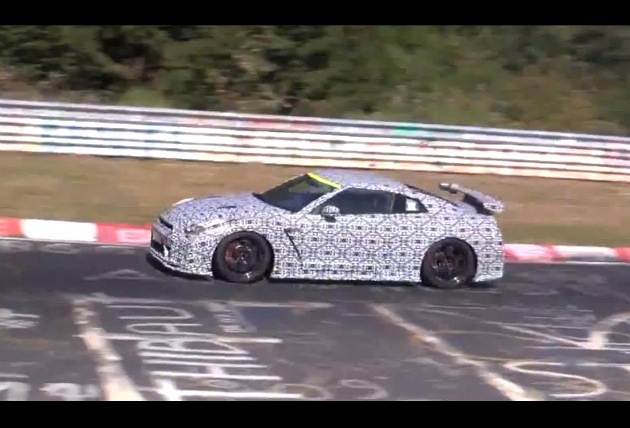 Nismo has been spotted thrashing around in a prototype version of the upcoming R35 Nismo Nissan GT-R at the Nurburgring, and boy does it look quick.

Based on the already mind-boggling GT-R, which is capable of 0-100km/h in just 2.7 seconds, the new Nismo GT-R is expected to be something special indeed.

Official details are yet to be revealed, however, Nissan executive vice president Andy Palmer has previously confirmed the Nismo will offer a degree of “extra kick” over the regular GT-R.

The current regular version uses a 3.8-litre twin-turbo V6 producing 404kW and 628Nm. These specs are likely to be bumped up somewhat, with Nismo likely providing bespoke bolt-on parts such as an air intake system, intercooler, and possibly even new turbochargers.

Rumours suggest output could hover around the 425kW mark. If this is the case, we could see 0-100km/h come up in 2.5 seconds or less.

The Nismo GT-R isn’t going to be all about power though. As you can see in the video below, provided by YouTube user monsterchannel24, Nissan and Nismo are serious about handling and overall track performance too. 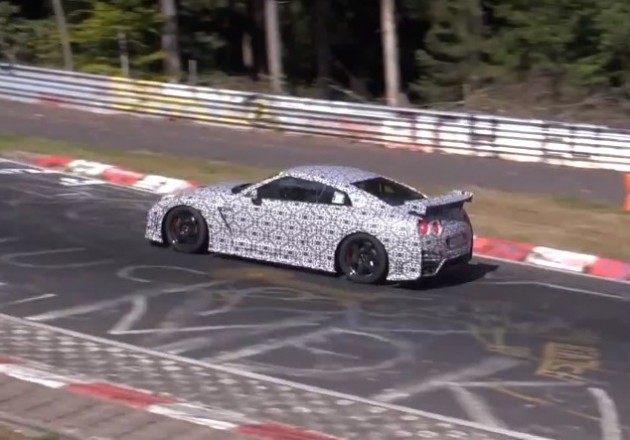 Expect uprated suspension and chassis reinforcements, improved brakes, and a revised tyre and wheel setup. By the looks of this prototype, there’s also going to be a number of aero tweaks to improve downforce and flow, including a unique rear spoiler.

The new model will go on sale in various markets around the world in 2014, as Nismo expands its operations and becomes more of a standalone manufacturer.

Speaking with PerformanceDrive last month, Nissan Australia corporate communications manager Peter Fadeyev said that while the local arm is investigating a possible Nismo brand introduction, there are no plans to introduce the monster Nismo GT-R at this stage.

Click play below for a taste. It looks insanely fast.