If you’re after outright speed and performance, it’s always good to start with solid foundations. The VATH Mercedes-Benz C 63 AMG Coupe Black Series tuning package is a prime example of how it can be done. 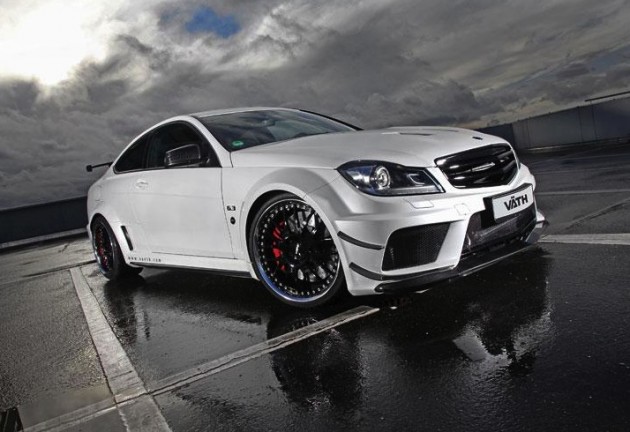 Starting with the 380kW C 63 AMG Black, which features a 6.2-litre naturally aspirated V8, VATH applies a supercharger kit with a water-to-air intercooler to allow the beast to breathe with deeper puffs.

Other modifications include a tuned engine computer, a full exhaust system with a new manifold and an X-pipe with remote valve control, and a fuel cooler. Power is pushed out to a whopping 556kW, while torque boosted significantly from 620Nm to 800Nm. 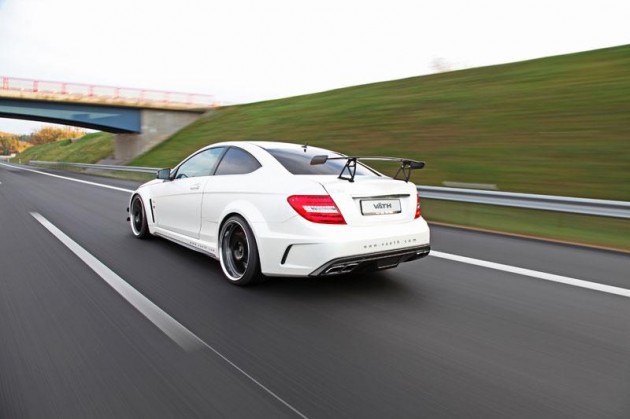 To give the car a distinctive look, VATH also applies a custom bodykit with carbon fibre highlights, a black grille, and a set of 20 x 9-inch front and 20 x 11-inch rear alloy wheels. The rims hide a set of upgraded 405mm front brakes.

Finishing off the package is a fully adjustable suspension kit which can lower the C-Class by 20mm-65mm.