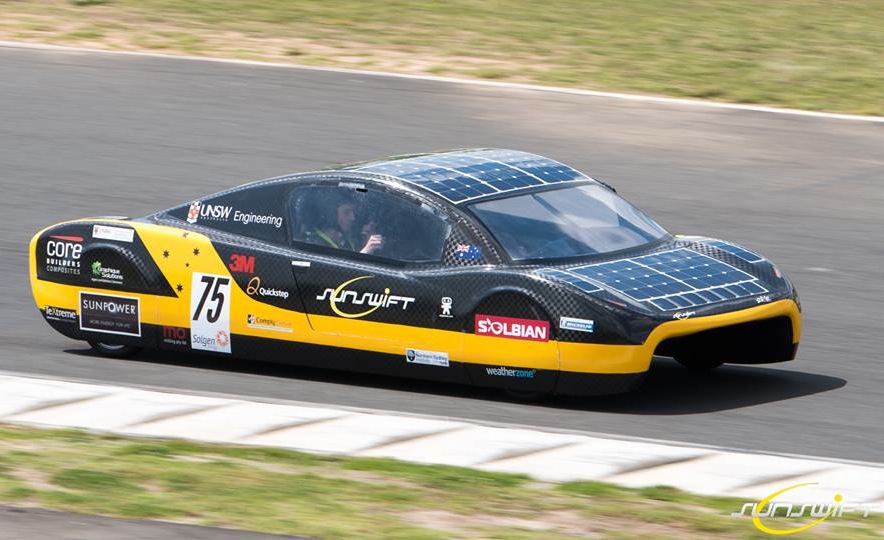 Sure enough, the University of New South Wales Solar Racing Team has its New Year’s resolutions ready. If fulfilled, 2015 will mark the arrival of its revolutionary solar electric car in regular Australian traffic. On December 1, the student-staffed Sydney organisation launched an online crowdfunding campaign to sponsor the rebuilding of the Sunswift eVe and make her the first road-legal solar-powered car in the Southern Hemisphere. Just ten days later, the site’s money meter reached the $30,000 target. 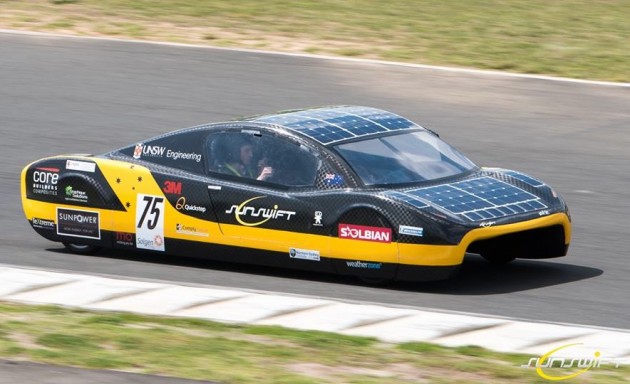 This apparently universal enthusiasm may be linked to the eVe’s already impressive resume. Last July, a 26-year-old world record was smashed when the speedy sunshine-slurper hit 100km/h and became the fastest electric vehicle over a distance of 500km. And now, eVe’s tyres are aching to prove her streetwise skills and explore boulevards and avenues like any other car.

So far, 171 backers have pushed eVe in the right direction by pledging $34,525 on the Australia-based crowdfunding platform Pozible. The treasured gifts will be used to make eVe street-legal and conformed to the Australian Design Rules. By the December 22 deadline, the team hopes to close the cash crusade at $100,000, which would allow them to increase eVe’s efficiency and safety measures, and to elaborately update her design.

If all goes according to plan, eVe might be driving next to your gasoline-guzzler in March, 2015. In the meantime, supporters are still cordially invited to donate. Money can’t buy you love, but eVe’s eternal gratitude is definitely close enough.

Additionally, the rewards are nothing short of wonderful and extremely budget-adaptable as well. While $10 secures a personalised Thank You Card in your mailbox and $150 is what it takes to obtain an exclusive 3D-printed eVe model, a $5,000 gift will catapult you to the official publicity launch, where you can cheer for eVe as she enters the red – sorry, the road – carpet of Sydney’s CBD and Harbour Bridge.

So if you would like to invest your Aussie dollars in eVe and possibly a greener tomorrow, navigate to eVe’s Pozible website. See the video below for an overview.