Now here’s an interesting iteration of the Toyota 86. It’s a custom ammonia-powered hybrid show car by Marangoni Tyres and it has just been unveiled at the 2013 Geneva Motor Show in Switzerland. 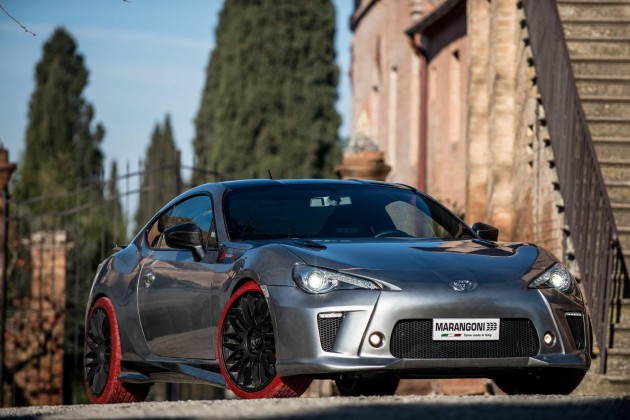 Featuring a unique hybrid powertrain, the Toyota GT86-R Marangoni Eco Explorer is powered by a Bigas International NH3 engine system that runs on ammonia gas (a mix of nitrogen and hydrogen) during low speeds. During these conditions the car produces zero emissions.

When more go is required the 2.0-litre Subaru boxer engine is fired into life. Although it produces 147kW from the factory, Marangoni Tyres has tweaked the unit to produce 162kW thanks to a stainless steel exhaust system and a freer flowing air intake. 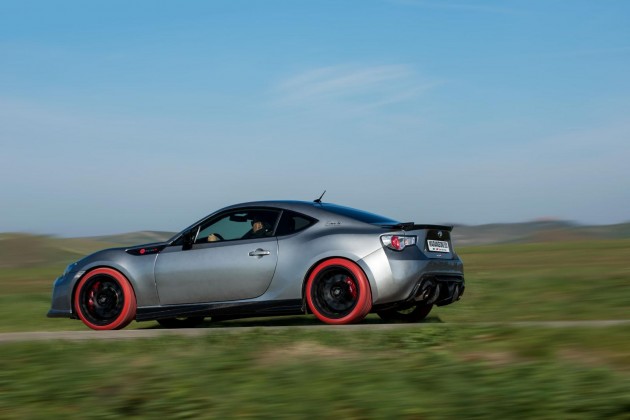 To help distinguish the Eco Explorer from the outside, there’s a custom bodykit with a front spoiler and bumper bar unit inspired by the Lexus LFA, some side skirts, and a chunky carbon fibre rear diffuser and spoiler at the back.