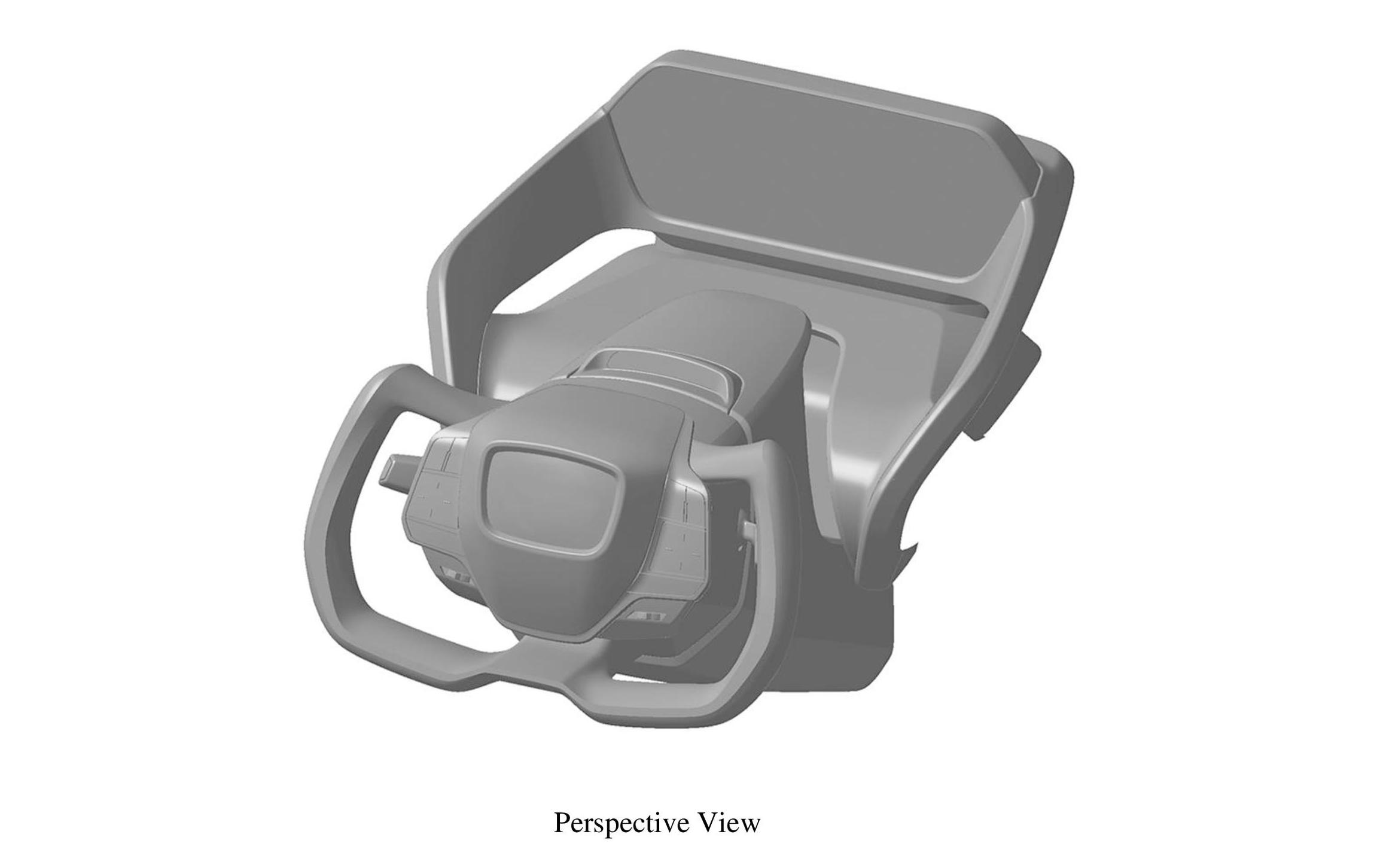 A design patent has been registered in Australia by Toyota and Subaru, detailing a unique yoke-style steering wheel and cluster setup that we first saw on the bZ4X concept car. 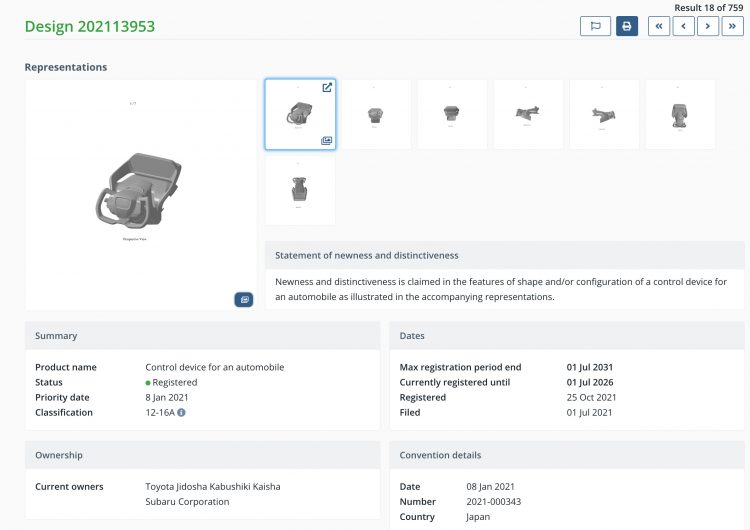 The design patent, registered yesterday but filed on July 1, is listed as a “control device for an automobile” and shows a Formula 1 style of steering wheel with no top loop, which is bundled together with the instrument cluster panel.

It looks like the setup offers complete adjustment with multiple controls on the inner-hub. These controls appear to be new for Toyota, with both sides featuring a compass theme with four buttons, and then additional buttons above and scroll wheels below. 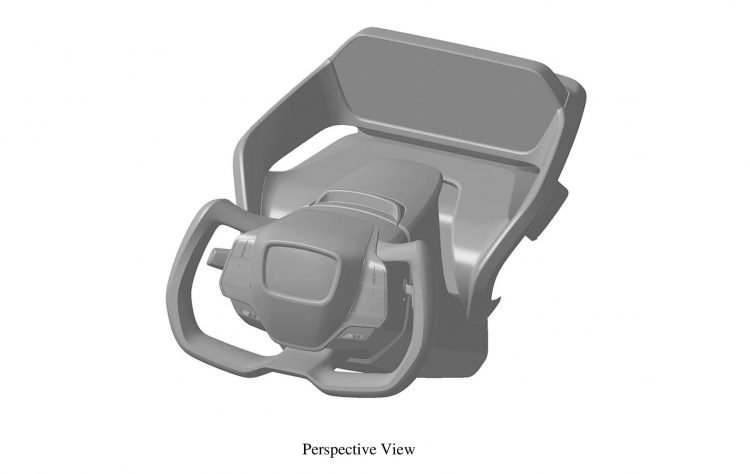 This aviation-style yoke wheel looks set to be optional on the production-spec bZ4X crossover in Australia, and is set to be part of the fully electric steering setup. That means there is no physical connection between the ‘wheel’ and the front wheels. Toyota described this option during the initial concept’s debut, saying:

“Toyota bZ4X Concept will be available with a world-first combination of a steering yoke and a steer-by-wire system. This technology gives the driver greater control, removing interference from rough road surfaces and braking, thereby giving a more precise response in line with the vehicle’s speed and steering angle.” 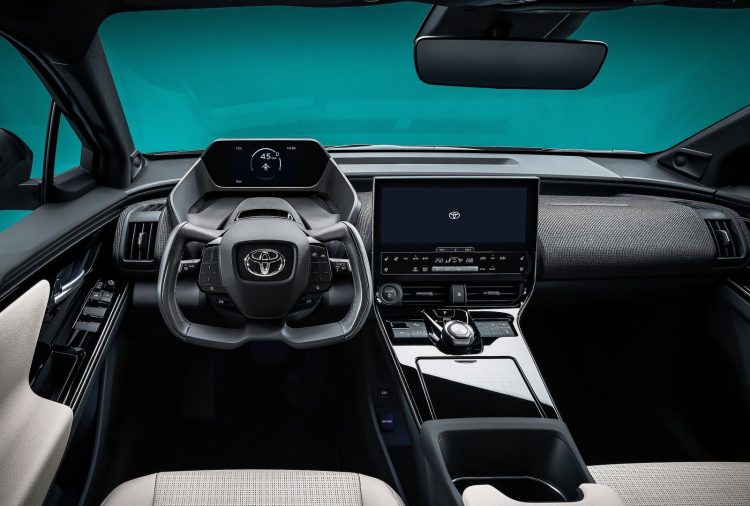 Without the top loop, the yoke system is set to eliminate the need for the driver to move hands around the wheel while turning. Instead, the driver will be able to make turns with both hands in the main positions.

The bZ4X is a joint project developed with Subaru. Subaru’s version is called the Solterra. Toyota has confirmed its model will go on sale in Australia, while it doesn’t look like the Solterra will head Down Under.

The bZ4X is based on Toyota’s TNGA platform, the e-TGNA version, and is the first model to adopt the company’s ‘beyond Zero’ naming philosophy. By 2025 it aims to introduce 15 electric vehicles, and that includes 7 ‘bZ’ models. Specifications are yet to be confirmed for the RAV4-sized SUV, but the design will be very similar to the concept.