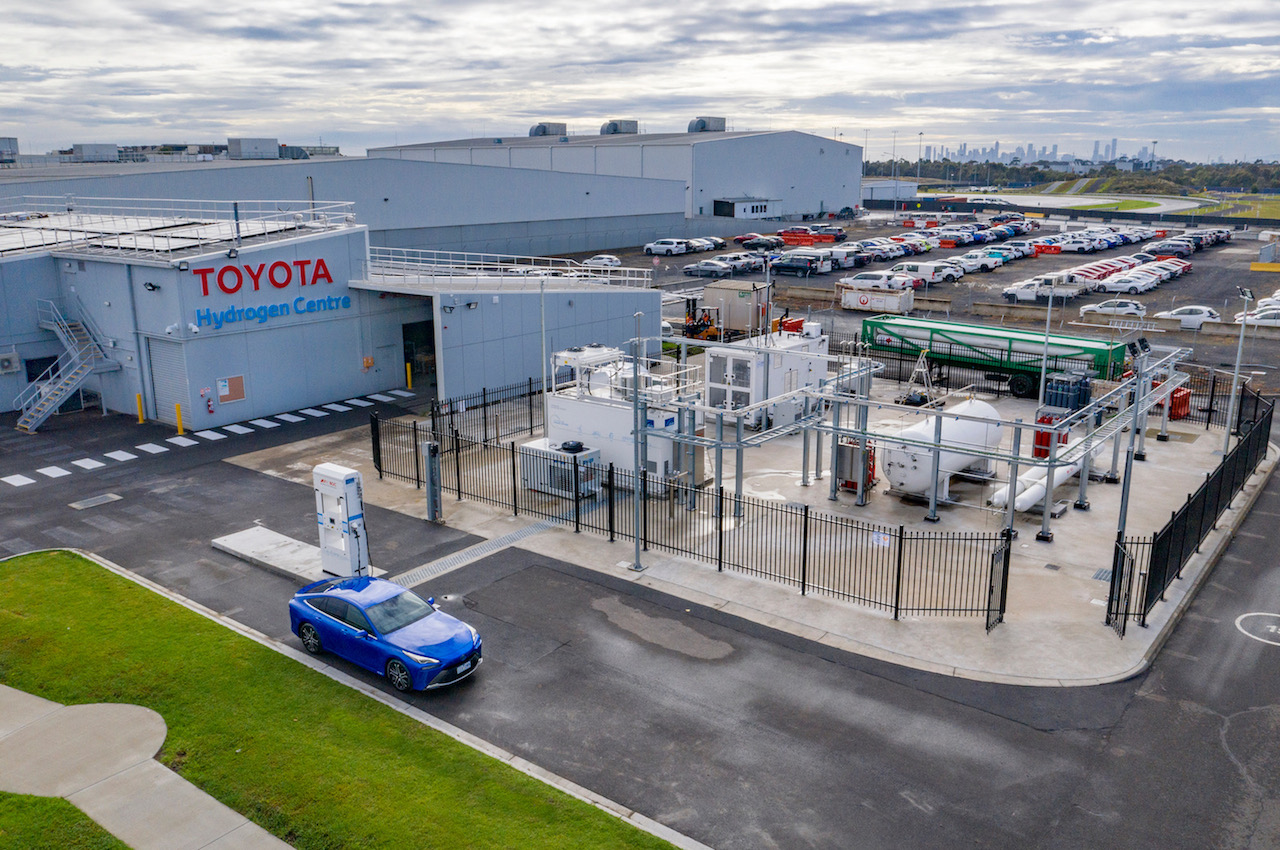 Toyota Australia is celebrating the unveiling of Victoria’s first hydrogen production, storage and refuelling facility at a former manufacturing site in Melbourne’s west. 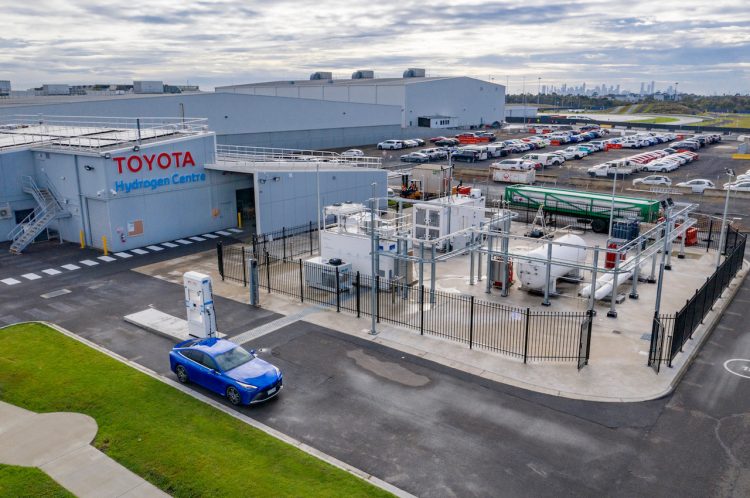 Toyota says that its solar-powered hydrogen production facility will be capable of producing more than 80kg of hydrogen every day, and the facility is set to become a commercial-grade outlet for refuelling of commercial and passenger fuel cell electric vehicles (FCEVs).

Hydrogen is produced on-site by a 200kW electrolyser, which uses electricity to split water molecules into its two properties: hydrogen and oxygen.

The hydrogen that is produced by the electrolyser is then stored in a number of medium and high-pressure storage tanks that feed hydrogen into an FCEV’s tanks through the equivalent of a petrol bowser for pure hydrogen.

The electrolyser is powered by a 87kW array of solar panels, which feed a 100kW battery storage system, which is also connected to the main power grid.

Toyota makes it clear that a lack of hydrogen refuelling infrastructure played a key role in its choice not to sell its hydrogen fuel cell-powered Mirai here in Australia.

The Mirai has been sold in the US and Japan for the past seven years, something that Toyota is looking to expand with the unveiling of its hydrogen production and refuelling station. Dr Patrick Hartley, a member of the CSIRO’s Hydrogen Industry Mission, said

“The infrastructure which is being commissioned at this new Toyota facility will not only progress the deployment of hydrogen vehicles, which can make a major contribution to helping our transport sector navigate Australia’s energy transition, but it will also serve as a beacon to other companies looking to invest in hydrogen transport technology.”

Toyota’s Australian president and CEO, Matthew Callachor, said the Toyota Hydrogen Centre is Australia’s leading showcase of hydrogen fuel cell technology, and marks a significant part of Toyota’s commitment for the future of its vehicles.

“Globally, Toyota is committed to achieving zero CO2 emissions from its vehicles and plants under the Toyota Environmental Challenge 2050 and the commissioning of our hydrogen refuelling facility here today is an important step towards achieving that goal,” Callachor said.