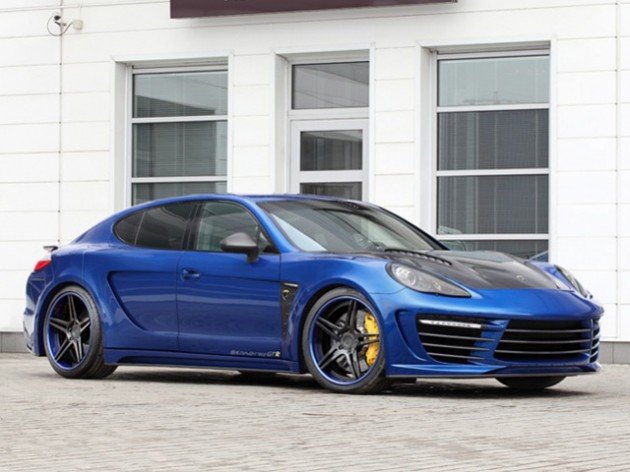 The Porsche Panamera has been criticised in the past for its somewhat cumbersome sedan styling. If there isn’t enough aggressiveness for you, perhaps this Stingray is more to your liking?

It features pumped front and rear wheel arches, with custom guards and quarter panels. These provide width to incorporate long intakes in the rear doors, and heat-extraction vents behind the front wheels.

The front gets a fresh bumper bar, constructed of carbon fibre, with a low chin spoiler. It also features aggressive intakes and panelwork shards, and a series of horizontally-themed air dams compared with the factory Panamera.

The theme is carried over to the rear as well, with a chunky rear diffuser which contains a rocket-like quartet of exhaust outlets. Sitting atop the boot lid is a large naked carbon fibre rear wing. 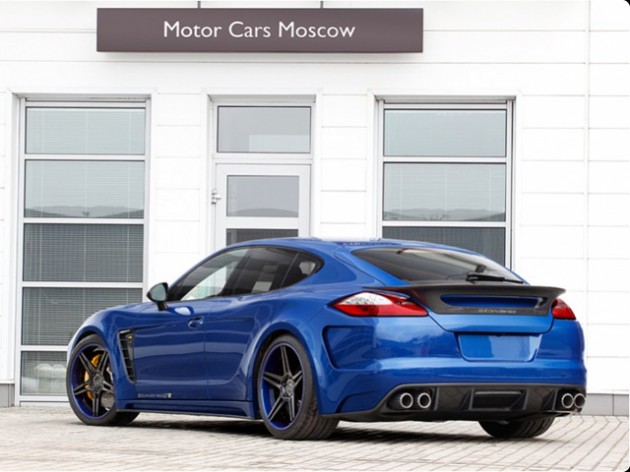 Under the bonnet, TopCar gives you a choice, including leaving the 4.8-litre twin-turbo V8 to its own 405kW performance. For those who prefer even more spice, the tuner offers an exhaust system, high-flow air filter, a new intake manifold, and a new ECU, taking power out to 442kW.

For the ultra hot and spicy fan, TopCar can make further revisions to the ECU and push power out to a whopping 515kW.

TopCar is planning to make just 25 examples of the Stingray GTR. The version on display in Monaco is number seven.