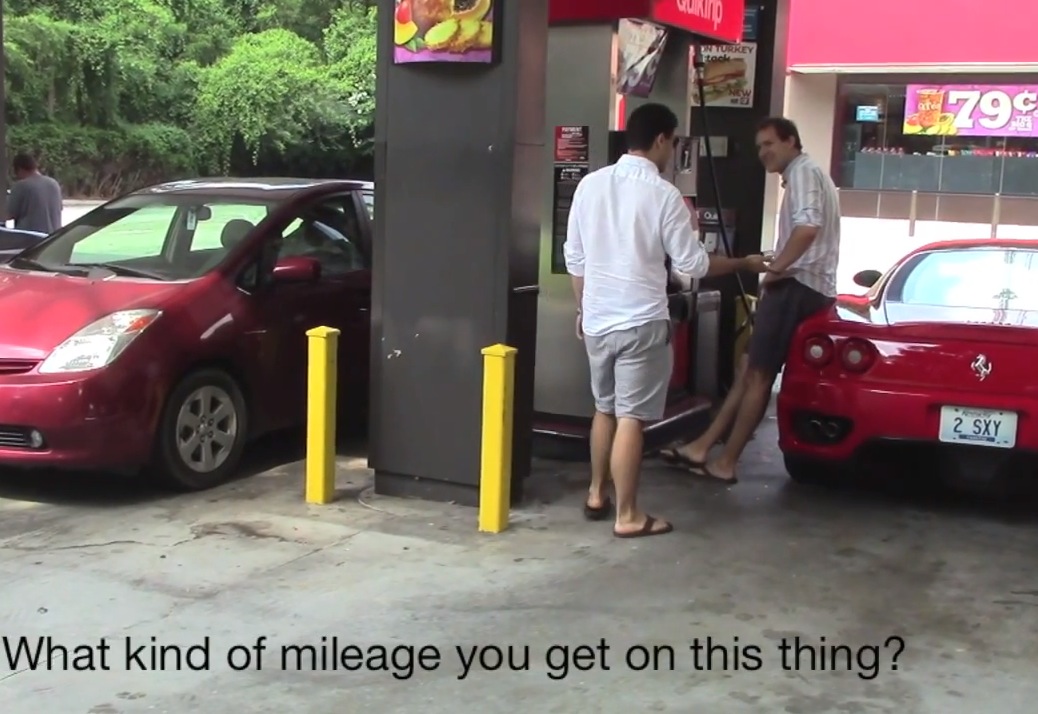 A funny video is trending on YouTube at the moment which demonstrates some of the bickering Ferrari owners have to go through every time they fill up at the petrol station. 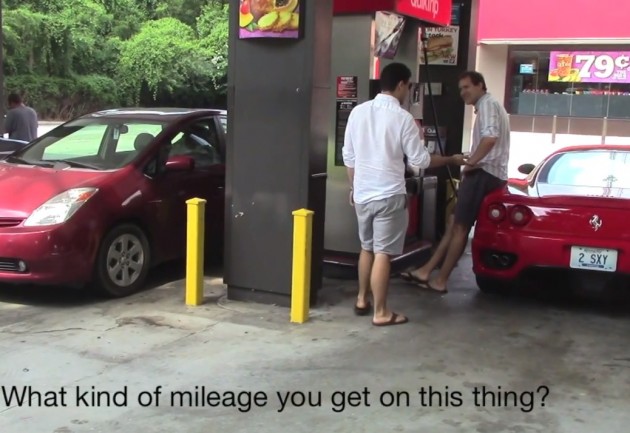 You can imagine how it is. In fact, we experience a similar thing while reviewing some of the more high-end vehicles here at PD. Strangers often want to strike up a random conversion and put in their two cents.

Most people ask how much we paid for a “car like that” and wonder how we afford it… not knowing we don’t actually own it.

Take a look below. It does seem staged but it’s still a fairly accurate portrayal we think.