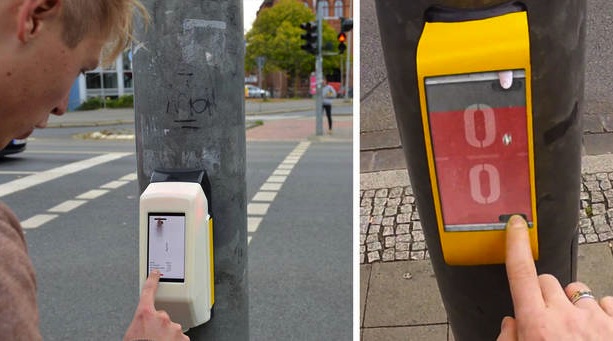 Pong, the game that most would probably assume has outlived its usefulness in the 21st century, might have finally found new life in Germany. In a bid to reduce boredom, pedestrians in the small city of Hildesheim are now offered the arcade game to pass the time.

Two students from Hildesheim came up with a concept for Streetpong, a device that allows pedestrians to entertain each other with a game of Pong from across the street while waiting for their turn to cross. It is also supposed to keep pedestrians from jaywalking. The numbers on the screen acts as both a timer for the game, and a countdown for when the pedestrian light will change to green.

The project’s founders, Amelie Kunzler and Sandro Engel, have set up their own company called Urban Invention, and hope to have similar devices installed at busy streets in Lyon, Oslo, and everywhere else around the world.

At the moment the gadget is still in the early stages. After a successful prototype phase and financing through crowdfunding, the development of a product that is ready to be produced will follow.

Future planned additions to the ActiWait device may also include traffic and weather updates on the screen, breaking news, surveys, ads, navigation, and other useful information to keep pedestrians busy and having fun as they wait their turn to safely cross the street.