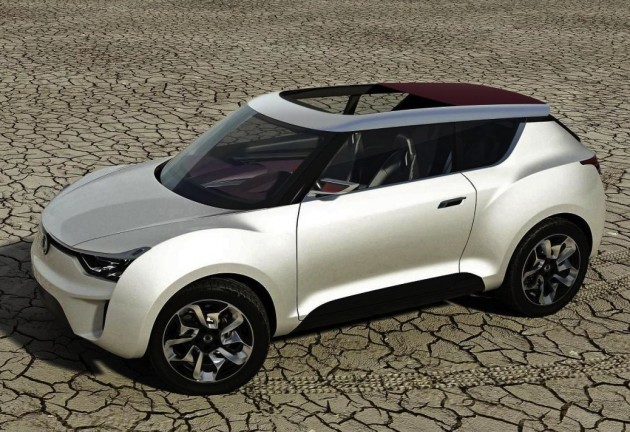 SsangYong is calling it a crossover utility vehicle (CUV), and says it is the result of all of its design and engineering expertise bundled into one. The XIV-2 (eXciting User Interface Vehicle 2) is also focused on being a fun vehicle, with a modern powertrain for efficiency.

The first thing you may notice is the open-top roof. Although not technically a convertible, like the name suggests, the electric fabric roof peels back to provide a very large opening while leaving the main pillars in place for structural integrity. 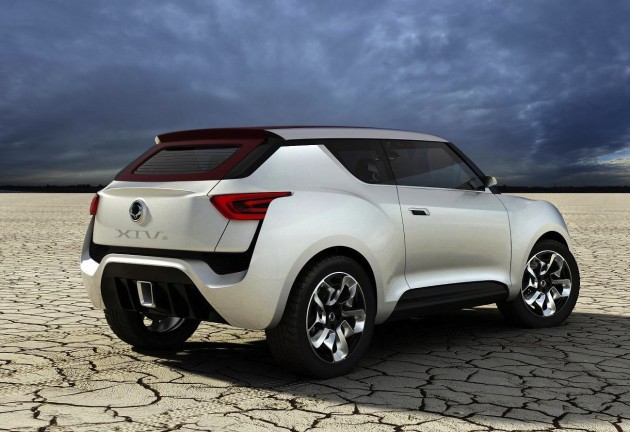 Power comes from two Euro VI complaint 1.6-litre engines; a 92kW/158Nm petrol and a 96kW/300Nm diesel. The engines are backed up by either a six-speed manual or an “efficient” automatic transmission.

It might not sound all that powerful, however, engineers have managed to save plenty of weight in the SsangYong XIV-2 Convertible Crossover concept. The manual petrol version tips the scales at just 1170kg, while even the heaviest diesel auto is only 1280kg – not bad at all for a crossover/SUV.

The concept is set to preview a range of new production models to come out from the company in the future. If they look anything like this, they could do very well.

What do you think of it? It’s a bit strange but surely a top effort by SsangYong?