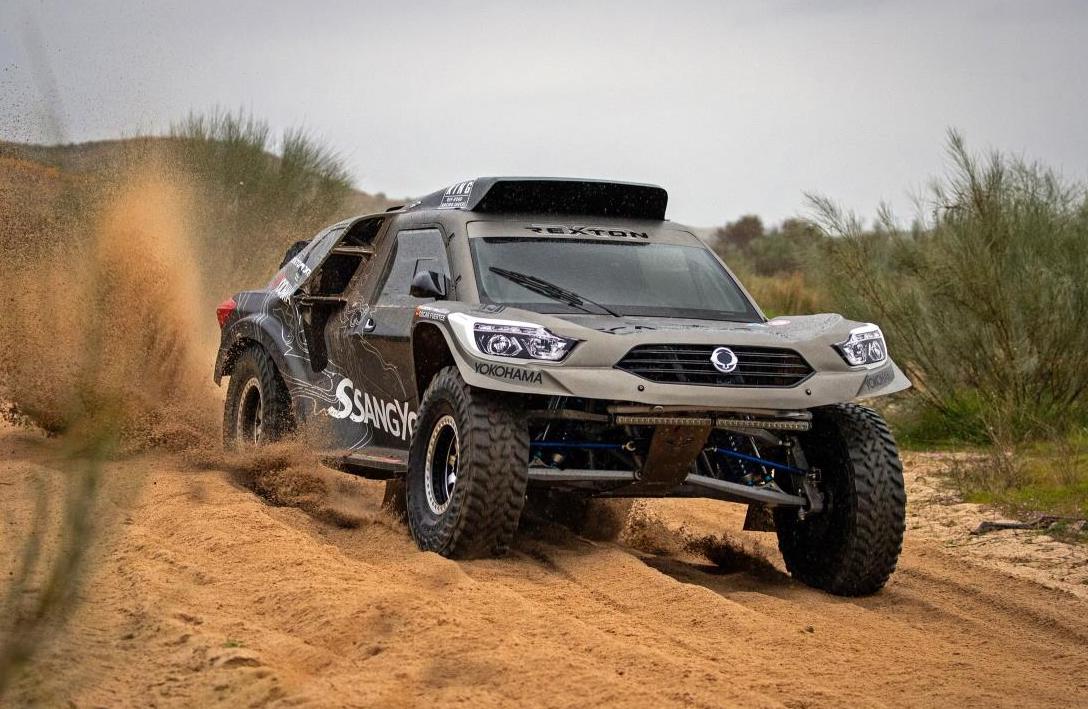 SsangYong has confirmed plans to compete in the 2019 Dakar Rally. And it will do it with this Rexton DKR beast. It follows in the footsteps of the SsangYong Tivoli DKR from this year’s event. 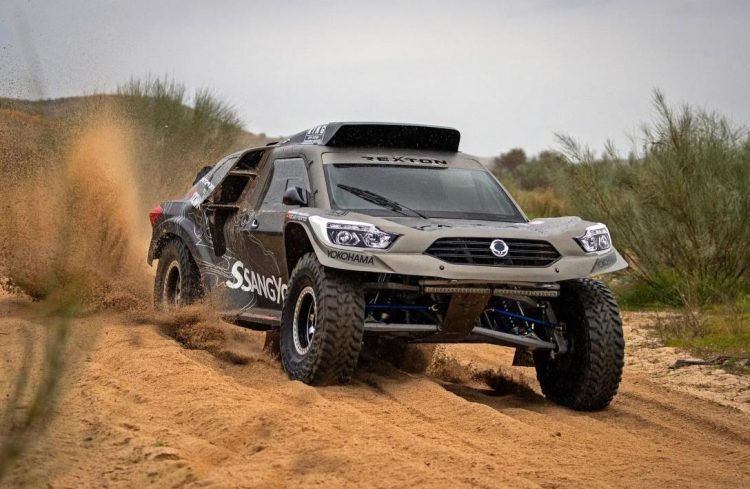 The new rally car takes on a more hardcore dune-buggy style, with some body elements inspired by the latest Rexton SUV. It will compete as a rear-wheel drive vehicle in the T1-3 class (for two-wheel drive petrol vehicles).

Bolted up to the engine is a fresh six-speed Sadev sequential-manual SL90-23 transmission, with a three-disc ceramic clutch that’s rated up to 1500Nm connected the engine and gearbox. There’s also a Torsen locking differential.

From the differential, power is transferred through to a set of Raceline 17-inch alloy wheels wrapped in Yokohama Geolander M/T G003 37-inch tyres. These feature a self-inflation system which can be activated from the cockpit, and they provide some shock absorption capabilities as well as traction and durability.

The 2019 Dakar Rally kicks off in Peru on January 6, running for 11 days, and ending in Lima. There are 10 stages and over 5000km the teams will have to cover, around 70 per cent of which is on sand. It’ll be the 40th Dakar, and the 10th since switching from Paris to Dakar to the Latin America location.

SsangYong is enlisting Spanish driver Óscar Fuertes and co-driver Diego Vallejo for the event. These are the guys that drove the SsangYong Tivoli DKR during the 2018 event.

Rolls-Royce has announced plans to showcase its full Black Badge lineup at the upcoming 2022 Goodwood Festival of Speed, giving...